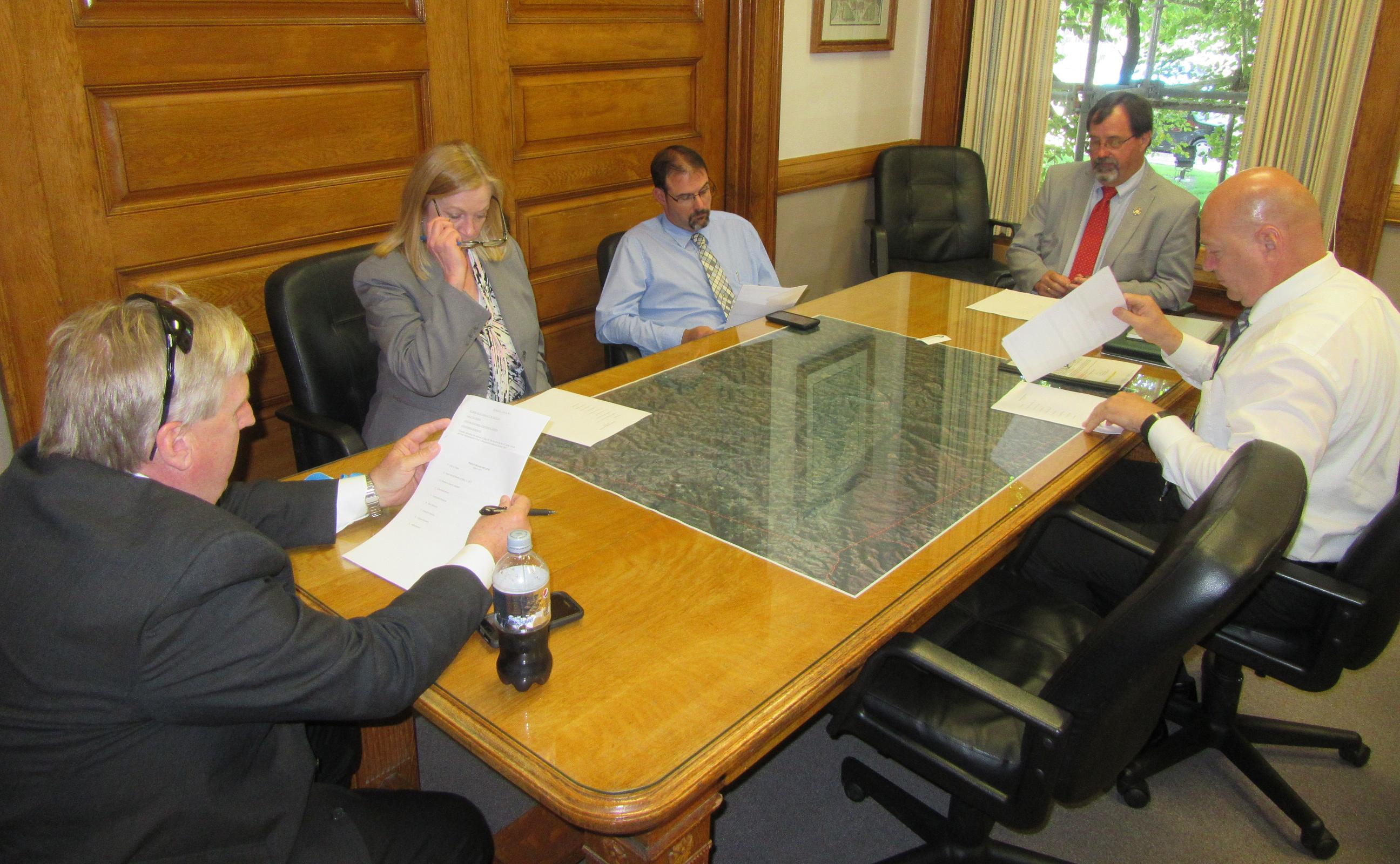 After some discussion as to whether three of six prison board members constitutes a majority, the regular monthly meeting of the Bradford County Prison Board was carried out on June 8 at the courthouse in Towanda. Sheriff CJ Walters was absent, so vice chair Doug McLinko conducted the brief meeting.

Warden Don Stewart’s report indicated that prison population averaged 167 per day from Jan. 1 to June 6 of this year, with 129 males and 29 females currently incarcerated at the Bradford County Correctional Facility in Burlington Township. Eight are currently housed at other institutions. Six inmates are currently participating in work release, and five are employed by the county.

Prisoners fortunate enough to participate in the Community Work Force Program will be working in New Albany, South Waverly, Athens Township and at the Troy Sale Barn. Stewart noted that work in Wyalusing was recently completed.

Helping to reduce the stress on available prison space is the county’s successful supervised bail program, with 13 new placements in the 30 days leading up to the meeting. Of the 81 convicted individuals currently on supervised bail, 34 were involved in criminal cases, and 46 were referred by the Domestic Relations Office.

Incidents (extraordinary occurrences) reported included a female who was just brought into the prison claiming that she had been raped by somebody outside of law enforcement prior to commitment. She was transported to Guthrie Robert Packer Hospital, where tests results showed that she had not been sexually assaulted. Another female brought into the prison was found to have prescription medication in her purse that was not hers.

Internal incidents included a female inmate who alleged sexual assault at the prison that were unsubstantiated, according to the report. A male inmate brought forth inappropriate conduct by his cell mate but did not want to press charges. They were separated, and Pennsylvania State Police were notified in both instances.

Jodi Miller started as a part-time cook at the prison on June 5 and was almost immediately promoted to full-time when another cook was relieved of her duties.

Stewart was pleased to report that the prison was found to be in full compliance during an inspection completed on May 17.