Story and above photo by Rick Hiduk

The Susquehanna County Federation of Sportsmen (SCFS) will conduct a National Wild Turkey Federation Jakes Day and Family Field Day at the New Milford Rifle & Pistol Club at 336 Steam Hollow Lane on Saturday, Sept. 26. The event will provide opportunities for family members of all ages to try kayaking and canoeing, fly casting, shooting, and archery together and to learn about trapping of furbearers. There is no cost for participation, and lunch is included. Registration begins at 8 am, and the stations open at 9 am. 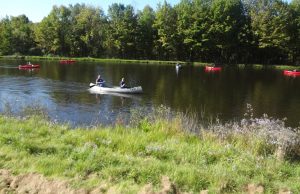 Family Field Day is the 2020 version of Youth Field Days, which SCFS conducted in pre-COVID years for youths ages 8 to 16 and was generally capped at the first 60 registrants. “This year, we’re inviting whole families to come out and move together through the stations,” said John Ord, northeast division chair for the Pennsylvania Federation of Sportsman and Environmentalists (PFSE). Sept. 26 also happens to be National Hunting and Fishing Day.

The PFSE was founded as the Pennsylvania Federation of Sportsman’s Clubs in 1932 by five Pennsylvania conservationists, of whom Philadelphia judge Grover C. Ladner was named it’s first president. Ord refers to them as the “five angry fishermen,” who stood up for sportsmen of all types across the commonwealth. Their first landmark accomplishment was the passage of the Pennsylvania Clean Streams Act of 1937. They also pushed together for stronger fish and game laws and the acquisition of State Game Lands.

The state organization grew traction quickly after the end of World War II, when servicemen came home to find their former hunting grounds and streams decimated by deforestation and strip mining that was part of the war effort. Smaller federations popped up across the state, becoming umbrellas for a wide variety of hunting, fishing, and conservation clubs.

“All of the clubs are autonomous,” Ord explained. “If the state group disbanded, the county federation would go on.”

The SCFS has been in existence since at least 1948. A 1955 program that Ord maintains in the club’s collection refers to the “eighth annual banquet.” Held at the Community Building in Hop Bottom on April 14, the elaborate event featured a full turkey dinner made by local residents, a singing group led by the Rev. Douglas Roe, readings by essay winners, door prizes from local business and flowers for the ladies in attendance. 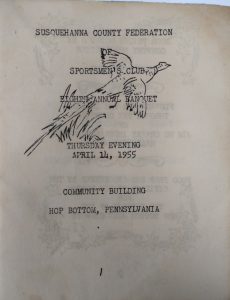 Participating clubs at the 1955 banquet included the Canawacta, Community, Hallstead-Great Bend, Harford, Silver Lake, South Lenox Rod and Gun Clubs; the Triangle and Susquehanna County Sportsman’s Clubs; the Rush-Middletown Fish and Wildlife Conservation Club; and the Lake and Forest Club. Many of these groups are still part of the SCFS despite some name changes along the way. Total membership among the many special interest groups, Ord suggested, probably tops 80,000.

The PFSE was rebranded in 2018 with its current name and some changes in how issues are championed in Harrisburg. Up to that time, the PFSE hired a lobbyist to grab the ears of key politicians who would support conservation initiatives. They hired Harold Daub as their executive director to solidify their voice among state legislators. Ord reports to Harrisburg on behalf the northeast district, which includes the SCFS, quarterly. They continue to be a proactive group, fighting in recent years to prevent further taxes on ammunition and firearms. 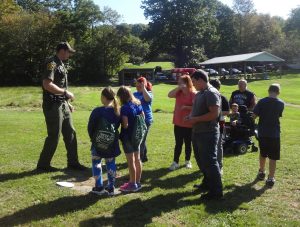 In addition to providing a family-friendly event that is designed to provide safe distancing under CDC guidelines, organizers look at the Field Day as an opportunity to guide youths with specific skills and interests to clubs and other resources that will continue to foster their pursuits in fishing, hunting, trapping and environmental stewardship. “If we see that they are good with a .22 or have a true interest in a specific discipline, we will tell them the next steps they can take,” Ord stated.

The Wilson F. Moore Chapter of the National Wild Turkey Federation (NWTF) is among the organizations under the SCFS umbrella and is led by Chapter president Al Cuevas. The NWTF supports the Archery in the School program, by which youths can find local, state and national competitions. On Sept. 26, the club will present each youth participant on Sept. 26 with a free membership to the NWTF. Youths will receive a quarterly magazine and be invited to Wilson Moore Chapter events like an annual pheasant hunt at Salt Springs State Park (canceled this year) and the February banquet. 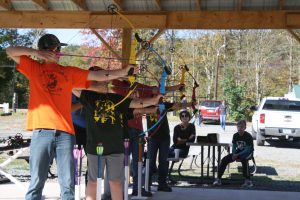 Though organizers do not expect to exceed the CDC limit of 250 people for this outdoor event, organizers are asking interested families to register in advance so they can plan properly. All family members who will attend should be registered at the same time at www.NMRPC.org.