In: animal welfare
With: 0 Comments 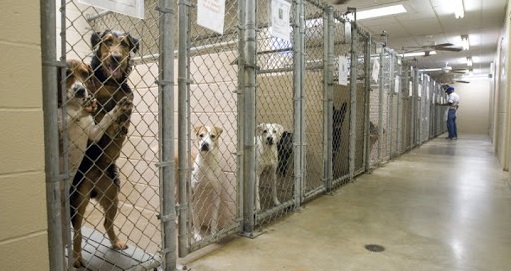 On Tuesday, the Pennsylvania Senate Judiciary Committee today heard testimony from a Bradford County licensed breeder, a veterinarian, a pet store owner, Humane Society representatives and state officials supporting and opposing legislation presently under consideration in the Legislature. The intent of the legislation is to strengthen existing animal welfare laws, according to state Sen. Gene Yaw (R-23), who serves as a member of the Committee. 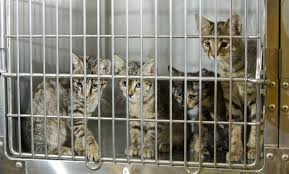 Much of the discussion centered around a proposal, commonly referred to as “Victoria’s Law,” that would only allow pet stores to sell dogs, cats, and rabbits from rescues or shelters. The bill has gotten push back from respectable breeders and lawmakers who feel this would enhance online internet pet sales.

“Senate Bill 44 has a lot of unintended consequences, and, in my opinion, it encourages and promotes puppy mills not only in Pennsylvania, but surrounding states,” Sen. Yaw (below) said.  “We do not want Pennsylvania to become a dumping ground for puppy mill dogs.”

During the hearing, many of the presenters united around a bill sponsored by Senator Yaw that would review all existing animal welfare laws. Senate Bill 1267 creates a Task Force to develop a comprehensive, evidence-based, strategic plan through a collaboration between veterinarians, doctors, state agencies and concerned legislators. According to Senator Yaw, the legislation will promote the health and well-being of Pennsylvania residents, companion animals and the environment.

“PVMA looks forward to working cooperatively with legislators and other concerned interest groups in improving the lives of dogs in Pennsylvania,” said Dr. MJ McNamee, Chair-Legislative and Regulatory Affairs Committee, Pennsylvania Veterinary Medical Association.  “The consensus seems to be that we need to take a collaborative approach in tackling illegitimate breeding and the unethical transport of dogs in the Commonwealth.  We look forward to collaborating to create meaningful solutions as a part of Senator Yaw’s Senate Bill 1267 ‘Pet Task Force’ and thank him for his respect and concern for Pennsylvania’s pets and people.”

Jonathan Stanley, a Bradford County kennel operator who participated in the discussion also noted his support for Senate Bill 1267. “As to current proposed laws or the need of such laws, I support, along with the Pennsylvania Federation of Dog Clubs, Senate Bill 1267, establishing a Commission to evaluate existing law, proposed law and consumer protections.  The caveat to our support is that we need amendments that provide more seats. That commission needs to have more people who represent proponents of breeders and those in animal enterprise.”

Yaw noted his willingness to review suggested changes to his bill when the 2021-2022 legislative session commences. Senate Bill 1267 is presently in the Senate Agriculture and Rural Affairs Committee under consideration.

Several members testifying today also urged the state legislature to increase dog and kennel license fees. According to Pennsylvania Department of Agriculture Deputy Secretary Fred Strathmeyer, the duties of the Bureau of Dog Law Enforcement were designed to be self-funded, through the sale of annual and lifetime dog licenses. The fees are set in statute and have not been raised in 24 years, Strathmeyer noted. “Senate Bill 663 would raise the cost of an annual dog license from $6.50 to $10,” he said. “It would also require puppies to be licensed at the point of sale, eliminating an unintended loophole that allows puppies to be sold at eight weeks of age but does not require the puppy be licensed until twelve weeks of age.”

According to Senator Yaw, today’s hearing touched on many issues and brought to light the need for a more in-depth review of both new and existing animal welfare laws.

To preview today’s hearing in its entirety, click here.