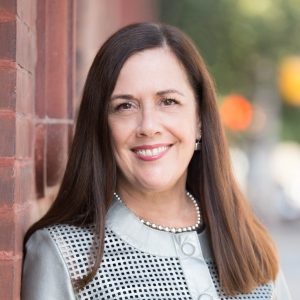 As part of the public comment period for the proposed I-81 Susquehanna Project tolling plan, Senator Lisa Baker (PA-20) has submitted the following statement calling on the Wolf Administration to reconsider the I-81 Susquehanna bridge tolling. Baker also expressed her concerns at an open house event held on Nov. 15 at the Blue Ridge School District High School. 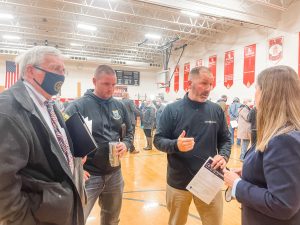 “The controversial proposal to toll a number of arbitrarily picked bridges in parts of Pennsylvania is poorly-conceived and financially punitive policy. It is another instance where Governor Wolf bypassed community and legislative consultation, which should have taken place at the very beginning. Increasingly troubling is that the governor failed to take into account the extra costs imposed on local commuters and commercial enterprises.

“This plan must be reconsidered, as it will disproportionally cause hardship to those who live and work within our region. In effect, this will drive up costs for local taxpayers in order to help out the state transportation budget, which already works to our detriment through inadequate allocation of maintenance monies. That is a battle we have been fighting for years now. This plan would make our funding deficit situation worse.

“The immediate consequence would be a great deal more traffic diverted onto local roads. Anyone driving these roads can see and feel how they have suffered from a long-running shortage of state maintenance dollars allocated to this region. They do not feature the array of safety elements found on interstate highways. It is easy to foresee a rise in traffic violations, because individuals pressed to make up time are faced with additional congestion. Consider what that would mean in increased risk for schools, churches, childcare facilities, and other institutions and gathering places along these routes where children and the elderly congregate. 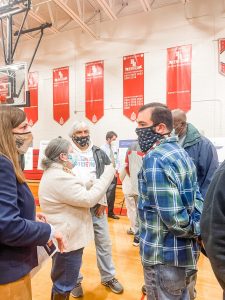 “Many communities in the county struggle to pay for police coverage. With costs going up across the board, where is improved traffic enforcement going to come from? There is already argument in every area of the state about how to fund both transportation improvements and law enforcement. And our fire and EMS volunteers already face issues answering calls to the interstate. They have valid worries as to how they will manage any increase on neighboring roadways.

“As a border community, many residents travel to New York daily for work, medical care, and routine shopping. This is also an area with a high number of elderly residents on fixed incomes, and families living below the poverty line, who would be disproportionately impacted.

“Money from out-of-state motorists is not a complete win, because it will cost money to track down those who fail to pay the tolls. Shippers from other states are going to fold tolls into the prices they charge, making us pay more for the goods they provide.

“Many years ago, we vigorously protested a plan to toll I-80. We said it was a lousy economic deal for the affected communities. That plan died because the federal government refused to allow it. The Wolf toll bridge plan will not be overridden in the same manner. But the objections from economic, public safety, and burden-on-the-community standpoints are as valid today as they were back then. This plan clearly constitutes something far less than progress or accountability, and I continue to believe that it is important that opposition is voiced by elected officials, community leaders, and residents.” 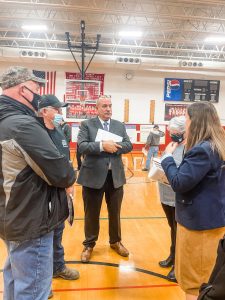