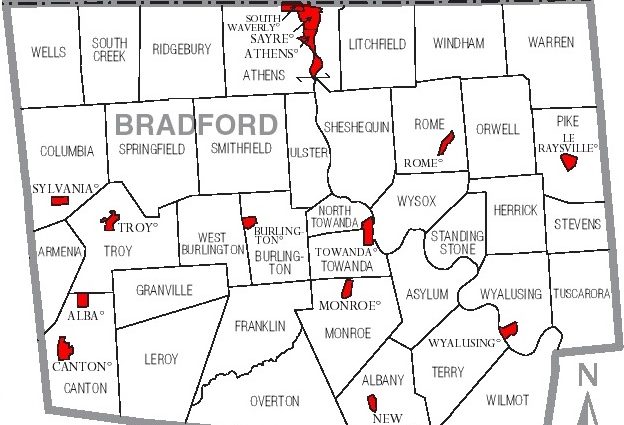 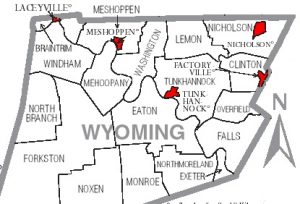 Elections officials in at least two Endless Mountains counties are disappointed with Gov. Tom Wolf’s announcement on Saturday that just six of 67 Pennsylvania counties have been given an extra week to collect mail-in ballots. Wolf’s decision was part of a larger State of Emergency he declared in the wake of the violent unrest in metropolitan areas across the country to protest the killing of Floyd George by a police officer in Minneapolis.

According to Wolf’s statement, the vast majority of counties have been able to process their applications and mail their ballots on time. He cited the effects of shutdowns and slowdowns related to the COVID-19 health crisis, combined with curfews mandated to curb late-night protests, as disproportionately challenging election officials in Allegheny, Dauphin, Delaware, Erie, Montgomery, and Philadelphia counties.

“Travel restrictions and other unforeseen circumstances have made returning ballots more difficult in these counties,” the governor’s statement implied.

Far from the cities experiencing civil unrest, Bradford County election officials are experiencing a different issue, but no less challenging. On Friday, the Bradford County commissioners announced on their Facebook page that mail-in ballots would be provided in person to those who had applied for but not yet received them at the courthouse in Towanda through Monday afternoon. The U.S. Post Service was blamed there.

According to Bradford County director of elections Renee Smithkors, all pieces of mail with the election logo were to be treated as first class mail and moved swiftly, but many of the ballots sent out to waiting voters were not. “We thought it was a vendor issue,” Smithkors related. “But even those mailed directly from the courthouse were not delivered.”

Smithkors is unsure where the true problem lies and said that other counties – Bucks, Lycoming and Montgomery included – experienced similar mailing issues prior to Floyd George’s death and the chaos that followed.

“There has been a delay with the postal service. I’m sure that COVID had something to do with it. I’m sure that they are overwhelmed,” Smithkors stated. “It has taken up to 19 days for ballots to be received by voters. Once it leaves our vendors or our office, we cannot be held responsible.”

The elections directors of each of the effected counties asked their respective boards to extend the deadline but were denied. Montgomery was later included in the governor’s directive.

“I think it’s ridiculous,” said Wyoming County director of elections Flo Kellett. “I think if he did it for six counties, he should have done it for all 67 counties, not just the six democratic-run counties. The whole thing is fishy.”

Kellett doesn’t buy into the governor’s rhetoric that the official election results should be extended another week or more due to the COVID situation or protests. She has also seen no indication that the postal service slowed things down in Wyoming County. “I’m not sure of COVID effects,” she remarked. “As far as I can see, the mail has been going every day. There was no disruption in service that people could not mail their ballots back.”

Though the situations in the neighboring counties differ, neither Smithkors nor Kellett were impressed by the governor’s statement that “The extension will help to ensure that voters in (the selected) counties are not disenfranchised through no fault of their own.” They believe that rural voters, who followed the mail-in ballot instructions in good faith might feel that their votes don’t matter.

Kellett maintains that the decision was unfair and not legitimate. “All of Pennsylvania suffered the same setbacks and has the same issues,” she said. “There were protests in Wyoming County too.”

“It should have been done across the state,” Smithkors agreed.

Either way, workers in the elections offices of both counties were busy taking in mailed-in ballots on Tuesday, with 3,374 returns in Bradford County at 2 pm and 2,768 in Wyoming County. People were dropping off their envelopes at the courthouse in Towanda, and Smithkors has been assured by the post office there that any returns received through 8 pm will be hand-delivered to the courthouse in time to be counted. “Anything that’s not here by 8 pm will not be counted,” she lamented.

With a little more than 500 of the mail-in ballots still out in Wyoming County as of this afternoon, Kellett said that she expects a higher number than usual of voters to request provisional ballots at their respective polling locations today. Completed mail-in ballots will be accepted at the courthouse in Tunkhannock through 8 pm. “We’ll have our numbers and an official tally on Friday,” she explained, acknowledging that the rural votes will sit in limbo, however, until the city votes can also be counted.