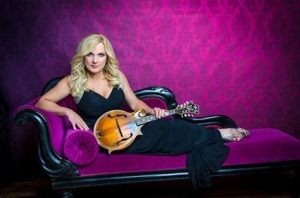 The “Queen of Bluegrass” will lead the pack at this year’s NEPA Bluegrass Festival, Friday to Sunday, June 1 to 3 at Lazybrook Park in Tunkhannock. Rhonda Vincent, multi-instrumentalist, vocalist and fifth-generation musician, has received 13 awards each from the International Bluegrass Music Association (IBMA) and Society for the Preservation of Bluegrass Music of America (SPBGMA). Booking Vincent and her band, The Rage, who will perform at 4 and 8 pm on Saturday, June 2 on the Traditional Stage, is a major achievement for NEPA Bluegrass promoters Danny and Christa Stewart and carries with it an especially unique connection.

“This band is Hot, Hot, Hot!” says Christa, who noted that their son, Danny Stewart Jr. went to college with Vincent’s daughter, Sally, who married Rage fiddle player Hunter Berry in 2010 and often plays with the band. Dobro player Trent Burke was also a classmate of Danny’s and is married to Vincent’s daughter Tinsle. Talk about a “family affair!” 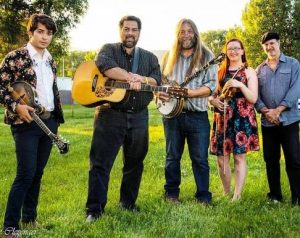 As their name indicates, Jeff Scroggin’s band hails from western Colorado, featuring Scroggins as a two-time national banjo champion. “This band is up-and-coming, for sure,” said Christa, who got to know them better when they headlined the Stewart’s recent California cruise. Jeff’s son, Tristan, has be honored by the IBMA for his mandolin stylings, and vocalist Greg Blake has been recognized by the SPBGMA with two nominations for Traditional Male Vocalist of the Year.” 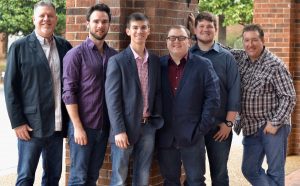 Sideline founders Steve Dilling, Skip Cherryholmes and Jason Moore can include multiple performances at the Grand Ol’ Opry among their decades of international touring and embody the North Carolina bluegrass sound. The group (above) is rounded out by Bailey Coe, Troy Boone, and Daniel Greeson. The band was started as an off-season “fun experiment” and became a dream team of players and singers. 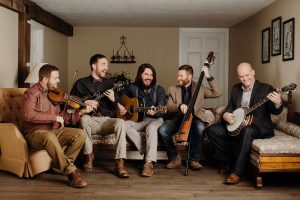 According to Christa, Breaking Grass (above) is breaking new ground with a rare appearance north of the Mason-Dixon Line. Somewhat younger than their contemporaries, Breaking Grass members nonetheless channel generations of family-oriented bluegrass tradition into a high-energy show with personal influences as diverse as Johnny Cash and Elvis Presley to John Mayer and Cadillac Sky. 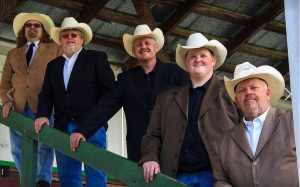 The Bluegrass Brothers (above) are based in Virginia and feature Jamie Sparks on banjo, Donald Dowdy on mandolin, Victor Dowdy on bass, and Chris Hart on dobro. They were nominated in 2017 for the Instrumental Group of the Year by the SPBGMA. At NEPA Bluegrass, their repertoire will include songs from their eighth album, Lonesome Mountain Soul, which has just been released.

Weekend passes for the NEPA Bluegrass Festival are $80 per person and include free rough camping. Gates will open at 8 am on Thursday, May 31. Single day passes are also available. For more details, follow NEPA Bluegrass Festival on Facebook and at www.nepabluegrass.com, send an email to mandolin2005@yahoo.com or call 570-721-2759.