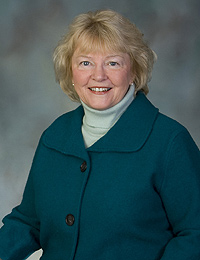 Legislation to give natural gas lease holders in Pennsylvania greater information with respect to their well production has been approved by the House and sent to the state Senate for consideration, according to a press release from Rep. Tina Pickett’s office. Pickett was the author of the proposal.

The measure, HB 2278, would allow holders of leases for unconventional wells to access timelier production reports, as the bill would require well operators to file monthly reports to the PA Department of Environmental Protection, rather than the semi-annual reports now required.

“As this industry continues to develop, we have seen the need for monthly reporting requirements so that production reports are more comparable to monthly royalty payments,” said Pickett. “This legislation would allow greater transparency for our landowners and provide a better understanding of production across the Commonwealth.”

The overall goal of this legislation is to ensure that landowners and royalty owners can use this information to verify that they are receiving proper value from the oil or gas production under their leases. The first reports would be due by March 31, 2015.

Pickett noted that this legislation would only apply to unconventional gas drilling within the Marcellus Shale. In addition, several other legislative remedies to benefit landowners are being considered in the General Assembly.