Story and above photo by Rick Hiduk

The Wyoming County Cultural Center and the Tunkhannock Public Library have partnered once again for the annual “One County, Two Books, Two Movies” campaign, an interactive event that plays out over one month beginning Feb. 2. This year, organizers of the initiative are taking participants back to the 1920s with “The Great Gatsby” and “The Age of Innocence.” The books are available now for those who want to get an early start. 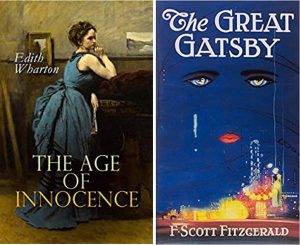 “This is our 18th year,” said Cultural Center director Erica Rogler, who visited the Wyoming County Commissioners on Jan. 18 with library director Dellana Diovisalvo to share the news. Rogler also thanked the commissioners for their ongoing support of the endeavor.

The program is free and open to the public (from Wyoming County and beyond) and can be enjoyed in a number of ways. Diovisalvo and Rogler agree that participants should read the books first. “If you see the movie first, you are given the images and have the actors’ faces in your head,” she offered. Also, the cinematic versions often take liberties with plot. “Either way, it’s going to be a different experience.”

“I think it’s important to let your mind develop the characters,” Rogler added. “And often, in books, you can learn the different characters thoughts that don’t always translate to the screen.” Nonetheless, Rogler added, participants can choose only to read the book or see the movie if they prefer.

The Great Gatsby was written by F. Scott Fitzgerald and is set in the Jazz Age on Long Island, near New York City. It was originally published in 1925. The book has been modified for the big screen three times, mostly recently in 2013. It is that version, directed by Baz Luhrmann and starring Leonardo DiCaprio, that will be featured at the Dietrich Theater. 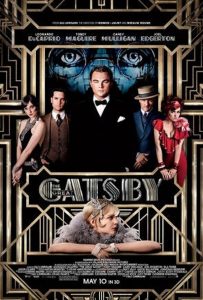 The Age of Innocence was written by Edith Warton and published in 1920. It won a Pulitzer Prize in 1921. In 1993, it was adapted into a screenplay by Jay Cocks and Martin Scorcese, the film version directed by Scorcese hitting the theaters in 1993. 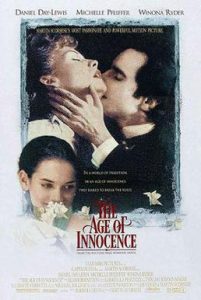 There are about 10 copies each of the books for loan from the Tunkhannock Library and, if they are all out at one time, they can be reserved. “I’m excited about the books that we chose because they are based in the 1920s,” Diovisalvo remarked. “I think that’s a good time to reflect on right now because of where we are. The movies are complicated and have their ups and downs, but they can give us something to look forward to when the pandemic is over.”

“Our criteria is that they have to be acclaimed books and movies,” Rogler noted. “One was written by a man and one was written by a woman, and it’s interesting to see the different perspectives of authors from that time. To Rogler, the best part of the program is the discussions led by Bill Chapla at the Library that are scheduled for at 7 pm on Wednesdays Feb. 2, 9 and 23, and March 2. “You get so much more out of the reading and movie-going experience when you also get to discuss it,” Rogler maintained.

This is the second year that Diovisalvo has helped to coordinate the program as the new director of the Tunkhannock Library. Last year, the discussions were virtual. “We are looking forward to having a live discussion this year and a zoom option,” she stated. She has yet to read The Age of Innocence herself.

Rogler said that she is more familiar with The Great Gatsby and is excited to learn more about The Age of Innocence.

For more details, interested readers may logon to https://www.dietrichtheater.com/show.aspx?sid=5603&id=23.