In: Penn State Extension
With: 0 Comments 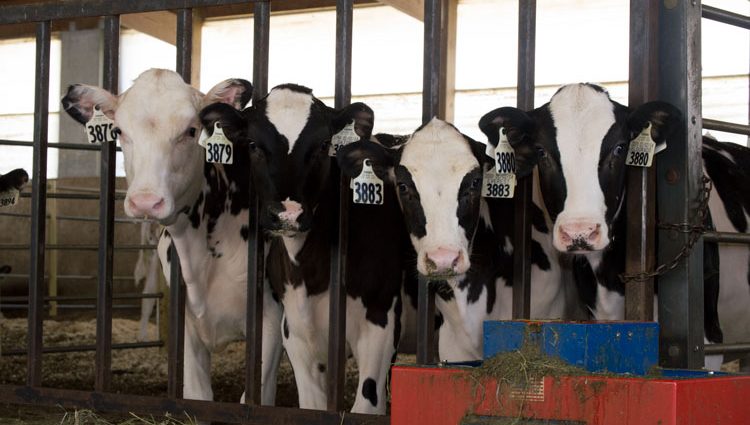 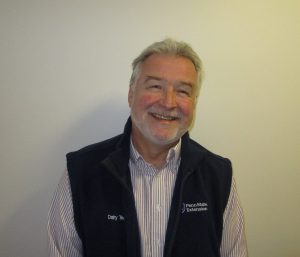 A series of meetings geared to dairy producers will also provide an opportunity for them to meet the region’s new Penn State Extension dairy educator, Michal Lunak, who started with the agency this past summer. From 11 am to 2 pm on Wednesday, Feb. 19, he will share information to help farmers “rightsize” their dairy heifer herds at a Dairy Discussion Meeting at the Susquehanna County Library at Montrose. Lunak will be joined by Penn State associate professor Chad Dechow, whose specialty is dairy cattle genetics.

The current estimated cost for raising a heifer to 24 months is $2,100. Lunak maintains that most farmers maintain too large a herd and they are losing money. “I know they don’t always go into farming because they are interested in the numbers,” he said of the economics. “But why would you keep all of those heifers if they are costing you money?”

Persuading farmers to consider downsizing their heifer herds is one thing. Making the decision as to which ones to keep is the second part of the equation. “If both heifers were born on the farm, how do you know which one you should sell and which one you should keep? You look at health records and genomics,” Lunak explained.

That’s where Dechow comes in. He will discuss how genomic data can be used in selecting calves for sale. Recent advances in genetic engineering include the use of beef semen for artificial insemination of dairy cows, creating hardier breeding stock with crossmarket potential.

“There’s a precise science to how many heifers a farm might need,” said Mark Madden, client relations manager for the Penn State Extension. “There might be any number of factors that can determine that figure, including the farmer’s goals and facility limitations. There’s a safety margin.”

Beginning his undergraduate studies in Prague in his native Czech Republic, Lunak continued his education in the United States, picking up degrees from coast to cost at universities in Minnesota, Iowa and Oregon. Before joining the Penn State Extension, Lunak worked for the University of New Hampshire Cooperative Extension as the dairy management state specialist with a single work partner.

“I was the only dairy guy in the state,” he explained. He is impressed, by comparison, with the size of the Penn State Extension program.

According to Madden. Lunak is sought out for his knowledge of dairy business management, having been published most recently in Dairy Herd Management Magazine. The Extension did not have an official dairy educator for about a year, and Madden said Extension management was “tickled to have Lunak come in.”

“Penn State has a very good dairy team. Everybody has a different background. I think we can accomplish a lot together here,” Lunak remarked. As the number of active dairy farms in the region continues to decrease, he hopes that his background in economics and business management will help him curb that decline.

“He’s done a lot already to get out into the community and attend meetings of the regional farm bureaus,” Madden noted. Dairy Discussion Meeting participants can also help Lunak, Madden suggested, by acting as an advisory group. “They’ll share their frustrations and aspirations. And he will take that information and be much better able to address their needs.”

Lunak’s primary goal is to get meeting participants to go home and do their own math to decide how many heifers they need. He will follow up with the farmers with a survey to learn what they thought of the meeting format. He’s hoping to find that they have acted upon the information they received, and he looks forward to answering questions.

Lunak works out of Penn State Extension’s Bradford County office in Towanda and covers Tioga, Bradford, Sullivan and Susquehanna counties. He plans to reach out to Wyoming County farmers this year and has a Diary Discussion Meeting planned at the Emergency Operations Center there on Thursday, Feb. 20.

The Dairy Discussion Meetings are new and made possible through a grant from the PA Center for Dairy Excellence. Lunak describes the affiliation as a partnership. Penn State provides the educational component, and The Center provides resources. As long as the funding remains available, he would like to conduct more meetings and round table discussions.

Additional meetings are scheduled in Tioga County on Jan. 23 and Bradford County on Jan. 30. There is no cost to attend, but registration is requested two days prior to each event. For more information, interested readers may contact Lunak at mpl5560@psu.edu or 570-265-2896.