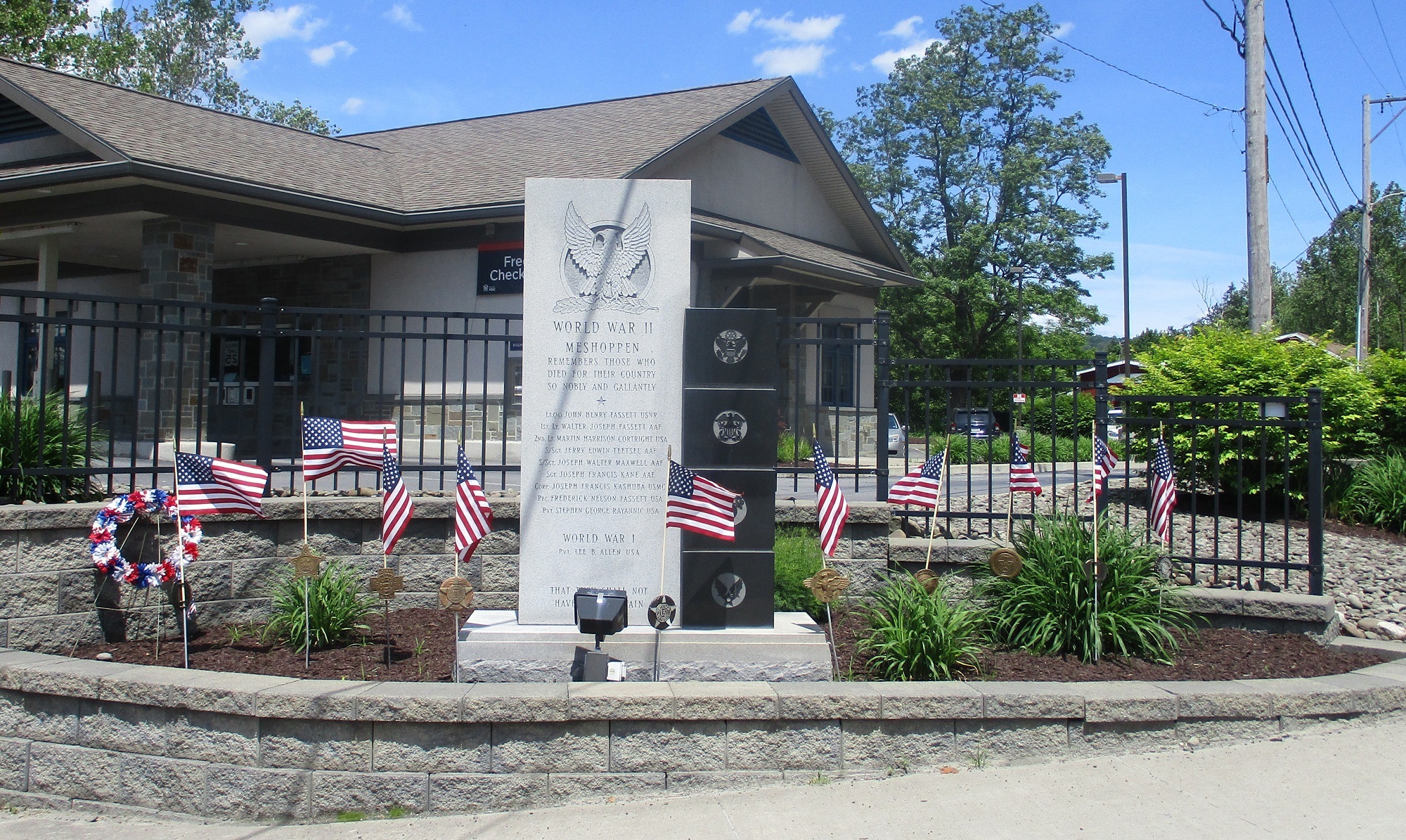 Meshoppen Borough Council Member Doris Pickett was complimented at the May 3 meeting of the fine job she did recently sprucing up the war memorial at the corner of Bridge Street and U.S. Route 6.

With sewer and water payments in Meshoppen borough approximately $90,000 in the red and the borough’s bills to the sewer company exceeding that which was budgeted, borough council members approved a temporary loan from the general fund on Monday evening in hopes of soon recouping nearly half of what is owed the borough from just one consumer.

Residents and property owners have effectively prevented having their water and sewer services shut off in recent years by making partial payments or paying sporadically. The borough has also been reluctant to stop service to families during winter months or to renters. Nonetheless, patience has grown thin.

Council member Cindy Cona asked if a monetary limit for delinquency has ever been proposed and was told by secretary Phyllis Adams that a time limit instead of four months had been approved but rarely enforced.

As previously reported, council holds landlord Steve Colley responsible for more of the past-due funds than any other individual. In the past, their efforts to recoup what their records show Colley as owing have been complicated by the fact that Colley does business by himself and with various partners. Several of his homes appeared on the flood buyout lists, and the borough was promised by state and federal officials that any back taxes or utility bills owed to Meshoppen by Colley and other property owners in the buyout zone would be turned over to the municipality before the property owners receive any money.

Adams has reported many times in the past that most attempts to reach Colley by phone has led to referrals to other people at different phone numbers. More than $13,000 is owed to the borough for two homes on Oak Street alone.

“If they are paying their rent, what is he doing with the money?” asked council member Mike Voorhees in reference to Colley’s tenants, whose sewer and water bills are supposed to be included in their rent.

“I don’t know,” answered Bunnell. “I’d just as soon shut them off and be done with it.”

Other properties that Colley owned in the borough are in a state of bankruptcy, the hearings for which have been continued numerous times. In the meantime, council received a $2,500 bill from their solicitor which appears to be based on calls to him from Colley’s bankruptcy lawyer. Adams questioned why the calls, each of which is billed in a rounded-up time increment, is not billed to the bankruptcy lawyer.

“See if we can add that to whatever they owe us,” said council member Jack Vaow.

Bunnell read a letter from Colley’s legal council provided to him by Adams guaranteeing that Colley’s delinquent sewer and water bills will be paid out of insurance settlement pertaining to a house owned by Colley in Susquehanna County that burned down. The letter indicated that the insurance check was currently in the hands of Wells Fargo bank and was expected to be processed within days.

Adams reported that she is getting a little more cooperation on collecting past due payments from at least three mortgage companies that are handling other properties recently acquired via sheriff’s sales.

Council tentatively accepted the sole bid received for a parcel of land along U.S Route 6 between the former location of the old hospital building and a home once owned by Chaz Mead. Bill Ruark offered $6,000 for the 6,250 square-foot lot, which should allow for him to move forward with plans to build a truck and car wash there. Approval for the purchase, which could be finalized within a month, is contingent on an appraisal that is expected to be completed within a week.

Adams noted that there have been inquiries from Ruark’s Meshoppen Stone office about water and sewer to the site. Voorhees, who handles water and sewer projects for the borough, said that he would get in touch with them to find out how much water they expect to use to help him determine what size or how many pumps would be needed for the business.

Water and sewer service has also been guaranteed to the company that plans to construct a Dollar General store at the intersection of Welles and Auburn streets. Plans have arrived from the Wyoming County Planning Commission that appear to be final contingent on a traffic study and some additional information from the borough that council members believe has already been submitted.

The engineers who will be tearing down the former pizza shop on Bridge Street have asked for one more look at the interior wall of the library that abuts the pizza shop building. Vaow will arrange for that walk-through.

Council reviewed a letter of concern from a resident neighboring a Fairview Avenue home that included photos of piles of junk in the back yard and grass more than three feet high. Adams related that the person who lives there has also not paid her water bill in quite some time and it is assumed that electric service has already been cut to the property.

“There’s no excuse for that,” said Bunnell. In lieu of immediately cutting water service to the property as several council members suggested, however, Bunnell said that he would have police chief John Krieg talk to the woman and remind her that Borough Clean-Up Day is scheduled for Saturday, June 15.

Conceding that new rules mandated by the state’s Department of Environmental Protection will persist, Meshoppen mayor Bruce Marshall took it upon himself to attend a seminar in Williamsport conducted by the Pennsylvania Rural Water Association. An individualized report had been prepared for each municipality that was registered in advance.

The current focus by DEP, Marshall related, is protecting source waters. Concerns addressed in the Meshoppen report included possible leakage over time of petroleum and other fluids from vehicles in a junk yard near the borough’s well and seepage into the water supply, as well as from outside home heating oil tanks. Council reimbursed Marshall $100 toward the $175 he spent to participate in the class.