Memories of Farm Life in Evergreen Topic of New Book 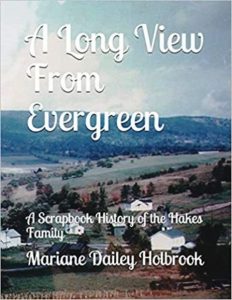 Evergreen (top) in Bradford County as it appeared around 1910. The village is the topic of a new book (above) by Mariane Dailey Holbrook.

The village of Evergreen in Bradford County is set among the rolling hills of Albany Township. Despite the fact that it was once home to a larger population, it remains bucolic and the epitome of the rustic farm communities that dot the landscape. It is also the topic of a new book by Mariane Dailey Holbrook called A Long View From Evergreen in which she recants her memories and those of other family members centered around the farm of her grandparents, Charles and Florinda Hakes (below in 1933). 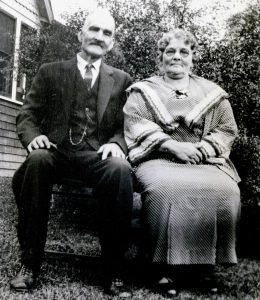 The Hakes had eight daughters in Evergreen – Jessie, Lillie, Minnie, Emma, Lorella, Martha, Ethel and Alma – each of whom moved away from Evergreen after they were married. Some went to other towns in Bradford County and others, like Mariane’s mother, Alma and her husband George Dailey, to Waverly, NY. “They moved to where their husbands found work,” Mariane told Living Bradford County. Due to its Twin Tier perspective, the book does some hopscotching. But what it lacks in continuity is underscored by country charm, wit, and recollections of rural life still relevant to anybody who had a farm in their family history.

The book’s 275 pages are loaded with old photos, poems and personal stories that reflect a simpler time and follow the progression of the Hake family, whose members bore many other surnames via those eight husbands. Mariane grew up in Waverly but spent every summer on the farm from the year that she was born (1933) to 1945, four years after Charles’ death and three years before Florinda passed away. “Evergreen has always been my favorite spot on earth, the hub of my universe,” Mariane explained.

Many of the Hakes’ descendants became ordained ministers and missionaries to developing nations. Though some of their stories included in book happened in foreign lands, they add layers of inspiration and even humor to the Hakes legacy. Others among Mariane’s lineage included doctors, an opera singer, business owners, teachers, nurses, musicians, war heroes, foster parents, song writers, college professors, administrators, a university provost, and a college president. “All of these descended from a poor, simple, quiet country farmer who made his living by selling firewood locally and collecting ginseng for Chinese merchants in Towanda,” Mariane noted.

The book was written with great encouragement from Mariane’s family as a unique way to preserve their history. “I wrote and collected material over the last fifty years, and my biggest regret is that I didn’t write it before most of the principals had died,” she remarked. Her siblings and many cousins did, however, help her fill in a lot of blanks.

Another lament that she and her family members share is that they did not move to purchase and restore the Hakes farmhouse after Charles and Florinda died in the 1940s. Though the new owners initially made some repairs, they eventually had the house and barn torn down and a new house constructed on the same spot.

The book, in fact, begins with a poem penned by Mariane titled “I Heard They Tore Down Grandma’s House.” The fifth and final stanza reads “We should have bought it long ago, restored its sagging floors, Replaced the broken windows and removed the rotting doors. But we were, oh, so far away, that dream could never be. But mem’ries of my Grandma’s farm will always be with me.”

There is no glossing over how difficult country living was, but Mariane’s grandparents were remembered for taking the hard work in stride, Florinda humming as she churned butter or ironed clothing with an iron she would keep reheating on the wood stove. Charles, unlike his wife, was not the nurturing type and levied many strict rules on the children who visited. No climbing the apple trees; no jumping into the hay, etc. Of course, the rules made little sense to the youngsters, who swung from the apple tree branches and gleefully leaped into piles of loose hay from the rafters above – when Grandpa wasn’t watching, of course. “He had so many relatives, a few he barely knew,” Mariane wrote in a poem, “One day he stared real hard at me and asked, “Whose kid are you?”

One of Mariane’s memories as a nine-year-old was being stranded at the farm alone with her grandmother after a heavy snowfall prevented them from opening any doors to the outside. It was a priceless opportunity for Florinda to tell stories about her childhood in Evergreen, “How she rode in an open wagon, braved the cold, the hunger, the pain, having few of life’s possessions that someday I would obtain.” 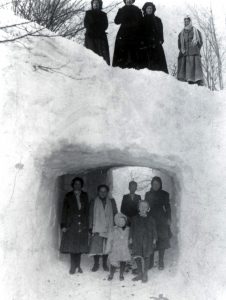 Mariane’s mother Alma was 14 years old when a blizzard dumped an unfathomable amount of snow on the region. Recovery from the storm included the carving of a tunnel (above) for the passage of people and wagons through an enormous drift. One of the few images of Evergreen accessible at the Wyalusing Historical Society Museum is a photocopy of a print of the tunnel that Mariane has in her collection.

Like many small towns and villages of the era, the general store was a necessity to rural families, and it was a favorite destination of youngsters sent to acquire a few needed items and perhaps spend the few pennies left over on something for themselves. In a poem about the store, Mariane recalls the licorice sticks, jelly beans, cough drops, and gum at the candy counter, as well as pickles in crocks, garden seeds, fabric and sewing supplies, chicken feed, farm tack, and even guns.

There was so much variety, she noted in a preface to the her ode to the Evergreen General Store, “We had so much fun and usually forgot what Grandmas sent us to the store for or bought the wrong thing. We didn’t mind the scolding though because it gave us a chance to run back down there again…”

Mariane, her sisters, and cousins alike often mention Grandma Hakes’ baking, especially her sugar cookies, the recipe for which is included in the book. Grandpa Hakes enjoyed a plug of tobacco every day and kept his spittoon next to a cot behind the wood stove. Mariane and her sister liked to sit on the cot when they could get away with it. “One day my sister gave a yell, I never shall forget,” Mariane wrote. “She’d stepped in Grandpa’s juice pan; I can hear her screaming yet.”

Mariane’s father died in 1964. Alma’s childhood sweetheart from Evergreen, Francis Fisk, returned to the area, having recently lost his own wife. Though they had not seen each other since 1915, their romance was rekindled and they were married. “It was a fairy tale come true,” Mariane remarked.

Mariane, her mother, and other relatives would return to the property over the years to look in on the Evergreen Cemetery, where Charles, Florinda and Lorella were laid to rest. Even though the old house and barn are gone, which still brings a tear to their eyes, they take a deep breath and sigh as they take in the view of Evergreen, which one cousin termed “the most idyllic of all.”

A Long View From Evergreen is Mariane’s third published book, following a collection of humorous and inspirational short stories and poems she titled Prisms of the Heart and a sequel named Humor Me. Published in the 1990s, they are currently out of print, but Marianne is considering pulling the best of both books and re-issuing it under a different title.

Her work has been published in Chicken Soup For the Soul, Reminisce magazine, and a series called Turn Lemons into Lemonade. She enters a short story or poem every week online to a Christian writers group, winning first place many times, and a Best of the Best Award in 2019 for the most popular entry of the year. Mariane also has at least 200 short stories in reserve which might yet become another volume in her repertoire.

While the only physical acknowledgment of the Hakes family may be the three grave markers in the cemetery, Mariane is hopeful that older residents of Albany Township still remember Charles and Florinda and some of their descendants. A Long View From Evergreen is available on Amazon.com. 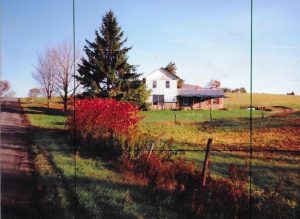 Charles and Florinda Hakes’ farm on North Street in Evergreen 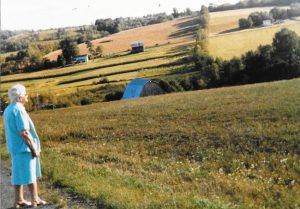 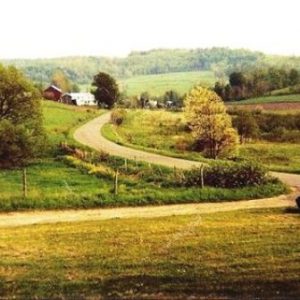 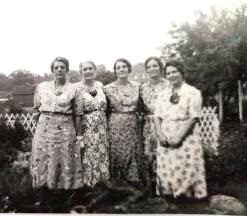 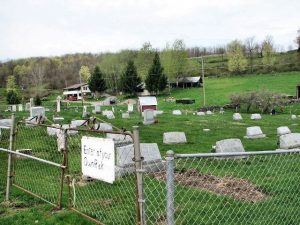 Evergreen Cemetery, where Charles, Florinda, and Lorella are interred 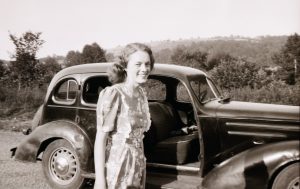 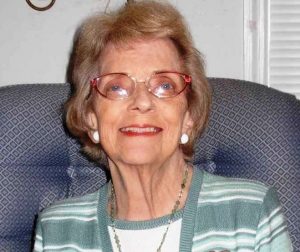 2021-09-05
Previous Post: What We Know and May Never Know About Friedenshütten
Next Post: Preserving the History of the Tri-Boro Area for Future Generations