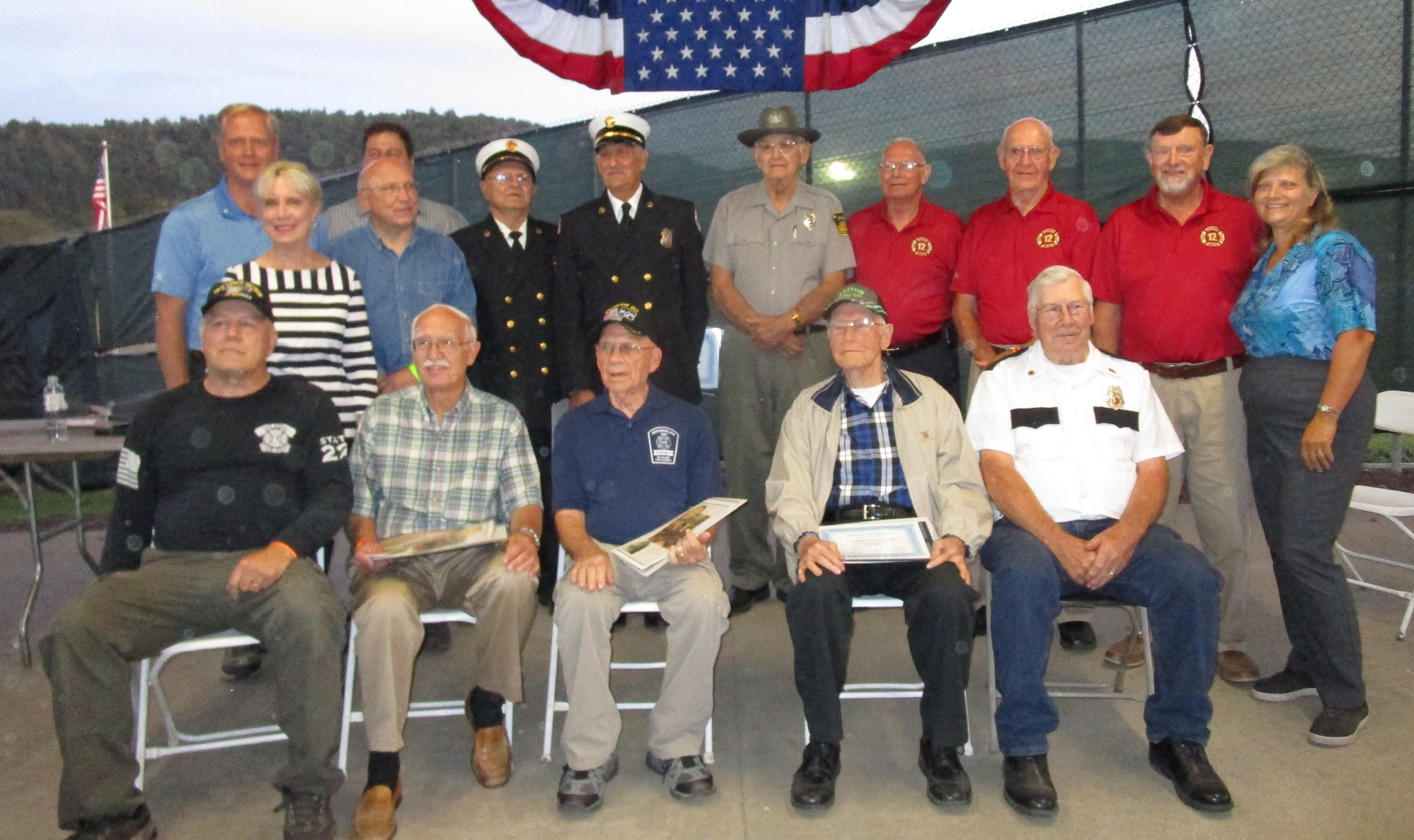 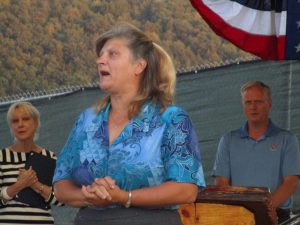 Elected officials from the federal, state and county level were on hand Saturday evening (top) to acknowledge the collective centuries of sacrifice to communities in Wyoming County by 17 men who have served in their respective fire departments for more than 50 years. Event organizer Tina Henning (above center, flanked by state Rep. Karen Boback and U.S. Rep. Fred Keller) offered opening remarks.

Seventeen men who have dedicated much of their volunteer time to the fire and ambulance companies in their respective communities were thanked for mote than 50 years of service each by elected officials and the general public on Saturday evening. The event was coordinated by Tina Henning, president of the Mehoopany Ambulance Association.

With 50, 60 or even 70 years behind them, Henning remarked, “They have probably served in every position in their organization, and many of them are charter members.”

In addition to honoring the men, she noted, the celebration was organized with hopes that young people would see the value in volunteerism. Fire departments across the nation continue to struggle to maintain their ranks as younger generations lose interest in public service.

“When they were young, there was no question,” Henning said of the men seated in the Veterans Pavilion of the Wyoming County Fairgrounds. “It was a family tradition.”
Elected officials providing comments prior to the distribution of awards from federal, state and county government included U.S. congressman Fred Keller, state Rep. Karen Boback, and Wyoming County commissioners Tom Henry and Mike Stabinski.

Keller noted that many of the men had served in the military prior to becoming firefighters. “They came home and wanted to protect their communities,” he stated.

Boback commended the honorees for their continued service to their companies as the fundraising and organizational arms of the organizations. While the efforts at the federal and state level to provide more funding for struggling community response units are ongoing, she added, “In the meantime, we know we can count on you.”

Henry and Stabinski thanked the men for their selflessness, noting that they have left many warm dinners on the table and families awaiting their safe return home.

Of the nine companies represented whose members serve Wyoming County, four men each were from the Lake Winola and Nicholson fire departments.

Henning made note that, while all of those receiving citations on Saturday were men, that could change in five years when she hopes to conduct the ceremony again. Those who were unable to attend will receive their awards through their respective fire companies.

“It was a great program,” said Triton Hose Company chief Randy White. “Congratulations to all the people who gave all those years to their communities and county. I am proud to have learned from some of them.” 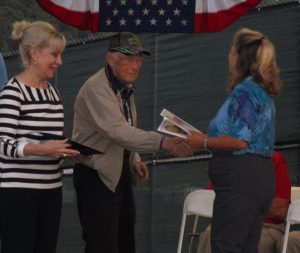 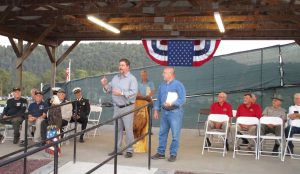 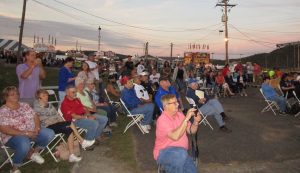