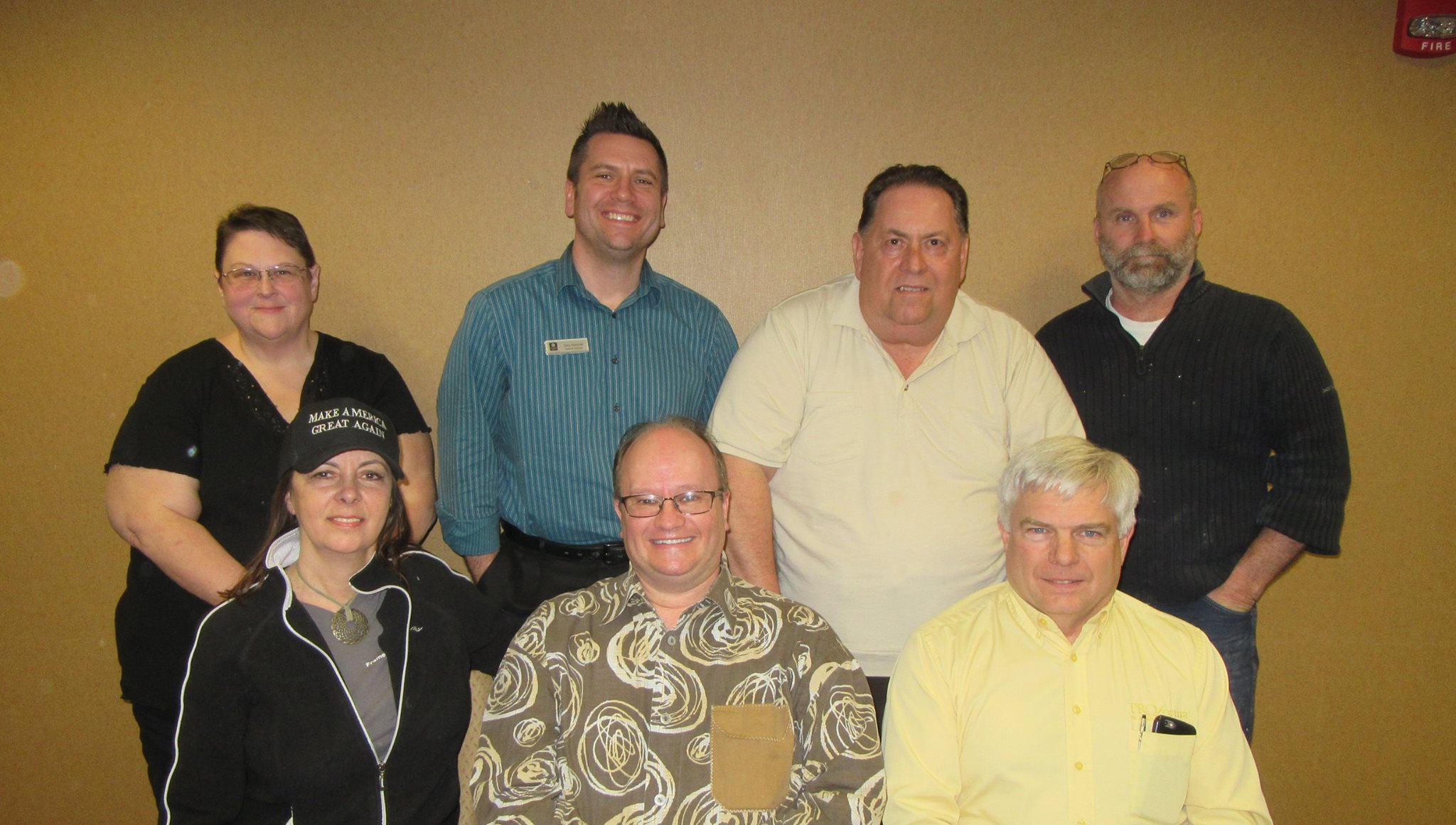 Members and supporters of the Kitson Arts Alliance met on April 12 to outline plans for a new initiative that will bring together artisans, historians, food producers, antique dealers and many others operating in the region through which the North Branch Susquehanna River flows. Board members in attendance included (seated, from left) Betsy Green, Patrick Robinson, Ken Patton, (standing) Tina Carlin, Gary Kaschak, Dan Tompkins, and Steve Colley.

Members of the Kitson Arts Alliance (KAA) met on Wednesday evening to discuss their plans to breath new life into a once-popular organization that dissolved when its founder moved from the area. The setting for the meeting – the Comfort Inn & Suites, overlooking the Susquehanna River and Tunkhannock – was especially fitting as the group worked out an itinerary for the first 16 months of the new North Branch Arts & Heritage Trail.

The original North Branch Arts Trail was created in 1994 by Wyalusing area artist Brian Keeler. It flourished for a number of years, bolstered by an annual event in Wyalusing around Columbus Day that featured regional art exhibits, studio tours, a community festival, and even a triathlon. When Keeler moved out of state, the events were handed over to the Greater Wyalusing Chamber of Commerce and renamed the Wyalusing Fall Festival.

According to KAA cofounder Dan Tompkins, Keeler has given his blessing to see the Arts Trail concept revived and has offered to advise and assist KAA with the endeavor. KAA has also received commitments from the Bradford County Regional Arts Council, the Endless Mountains Nature Center, Friends of the Howland Preserve, and the Wyalusing Area Education Foundation to collaborate on a new version of the Arts Trail, which encompasses approximately 80 miles from Waverly, NY to Pittston in Luzerne County.

KAA cofounder Patrick Robinson noted that the addition of “Heritage” to the trail name is designed for the inclusion of antiques and history, along with a variety of other arts mediums. Equally diverse is the list of prospective venues which KAA would like to include on the Trail. These sites, a combination of for-profit business like restaurants, hotels, antiques shops, breweries and wineries, produce stands, performing arts venues, and recreational outfitters; non-profit organizations and attractions like chambers of commerce, historical societies and museums, community associations, and nature and environmental centers would serve as stops on the Arts Trail for a series of Open House events.

Three Open House Tours are planned each year, beginning with Summer 2017, and will run 10 days at a stretch. Participating venues are encouraged to be open to welcome travelers for as many of those days as possible. Tour-goers will be able to pick up printed brochures with a locator map at a variety of outlets and can get updates at www.kitsonartsalliance.org and the Kitson Arts Alliance Facebook page.

Short term goals for the North Branch Arts & Heritage Trail project include securing 40 to 100 active venues along the 80-mile stretch of the Susquehanna River, as well as adjacent markets. Tompkins plans to literally stomp the route repeatedly as he builds rapport and garners support for the project.

Long-term ideas for the Trail include extending the range from the river’s starting point at Cooperstown, NY to Sunbury in Northumberland County – a full 300 miles of arts and heritage. Initial promotion via traditional media could be enhanced to include phone apps and contests. KAA members with recording experience plan to collect and archive stories of artisans with exciting histories along the route that can be shared at events or accessed online.

For additional information, readers can contact Tompkins at kitsonartsalliance.dan@gmail.com.