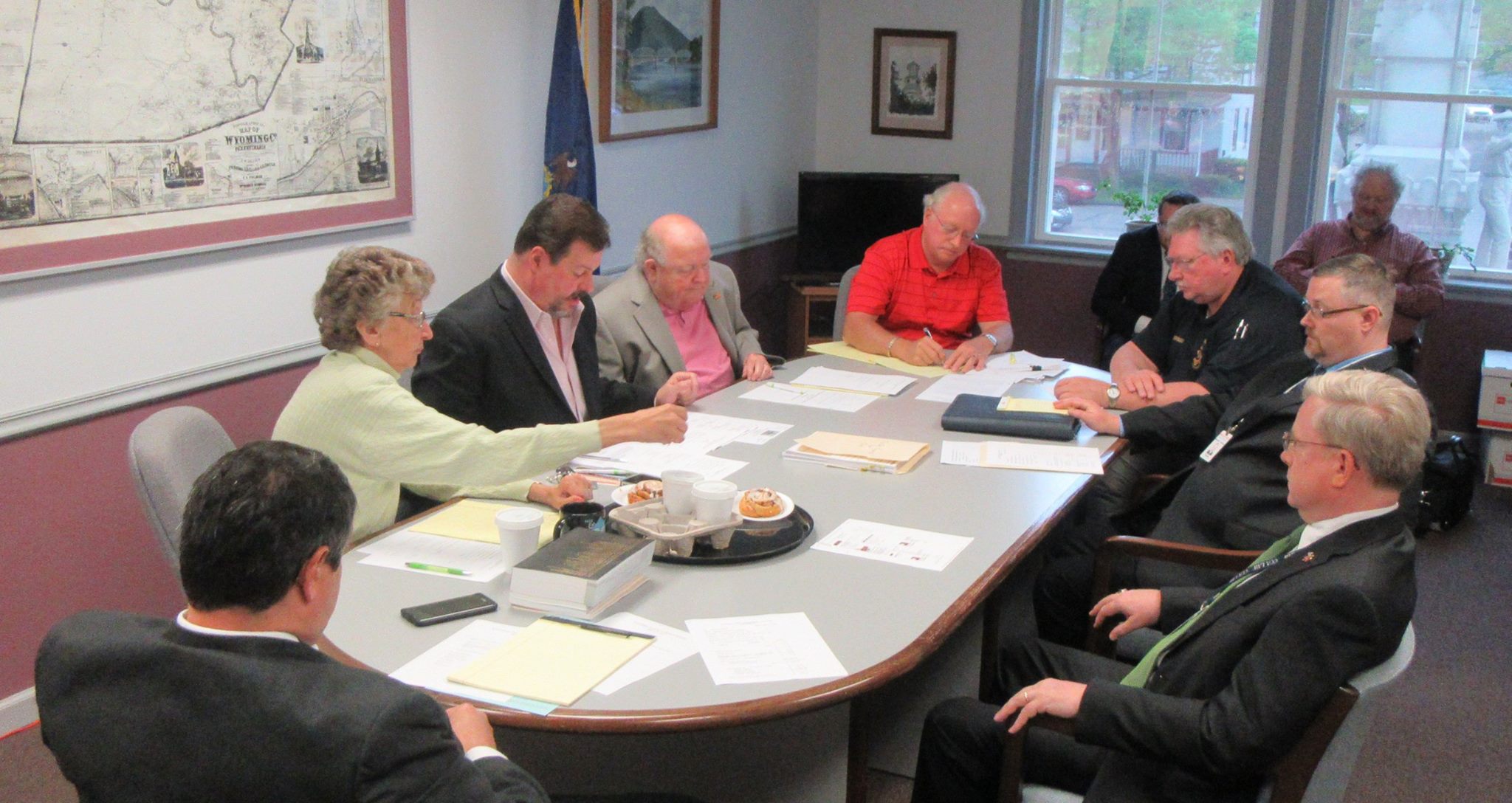 The May 2 meeting of the Wyoming County Prison Board began with a lengthy executive session during which the media and public were barred from the board room. As the public portion of the meeting resumed, Commissioner Tom Henry made a motion to allow Warden Ken Repsher to take action on the unspecified personnel matter that had been discussed.

“It hasn’t happened yet,” Henry said of the situation. “When we can report on it, we will.”

In his monthly Warden’s Report, Repsher indicated that there were 13 less inmates in the system than the previous month. He had hoped to bring even better news to the table, but noted that the intake over the previous weekend was higher than normal.

“The Probation and Judicial departments have been working with us to keep the numbers down,” Repsher remarked. There are currently 58 male inmates and 15 females, with nine prisoners boarded outside the county at an expense of more than $41,570 to the county in the first three months of 2017 alone.

When asked if the hiring of an Institutional Parole Officer – a measure taken last year when jail overpopulation in the county became a crisis – was producing the results for which the board had hoped, Repsher was less optimistic. He related that many prisoners have multiple charges in multiple counties, which makes them ineligible for the program.

President Judge Russell Shurtleff proposed the hiring of an IPO at an emergency meeting of the Prison Board in August 2016, suggesting that an additional person responsible for a supervised bail program, house arrest and electronic monitoring, and a veterans court was the county’s best option in the face of a growing number of criminal cases and convictions.

The SMART Recovery program for inmates with addiction issues started in February is reportedly off to a good start, according to Ryan Taylor (below), who conducts the sessions at the Wyoming County Prison with Jennifer Jones and other volunteers on Saturday afternoons. 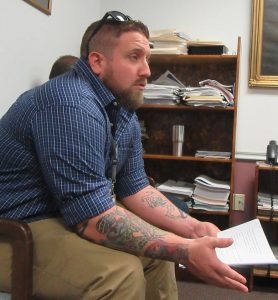 According to information accessible at www.smartrecovery.org, the religion-neutral program works equally well for male and female prisoners in reducing recidivism rates among new commitments with a history of substance abuse. Taylor noted that four women and three men recently graduated from the program.

“The first round was a success, and we’re looking forward to the next one,” he stated.

Commissioner Henry read a proclamation acknowledging Wyoming County’s participation in National Corrections Officers and Prison Employees Appreciation Week, May 7 to 13. He asked Warden Repsher to extend to his employees the gratitude of the prison board and the county on their behalf.

As a side note about state prisons, Commissioner Ron Williams related that the state has found a way to make money off its existing prisons, which may prevent the planned closure of one or more institutions. Vermont, Williams said, does not have enough beds for its prison population and has offered to pay Pennsylvania $72 per prisoner per day to house up to 400 extra inmates. Vermont has been sending its overflow to Michigan, but the private prison company there chose not to renew the contract. Initially, 270 Vermont inmates will be moved from Michigan to Pennsylvania’s correctional facility at Camp Hill.