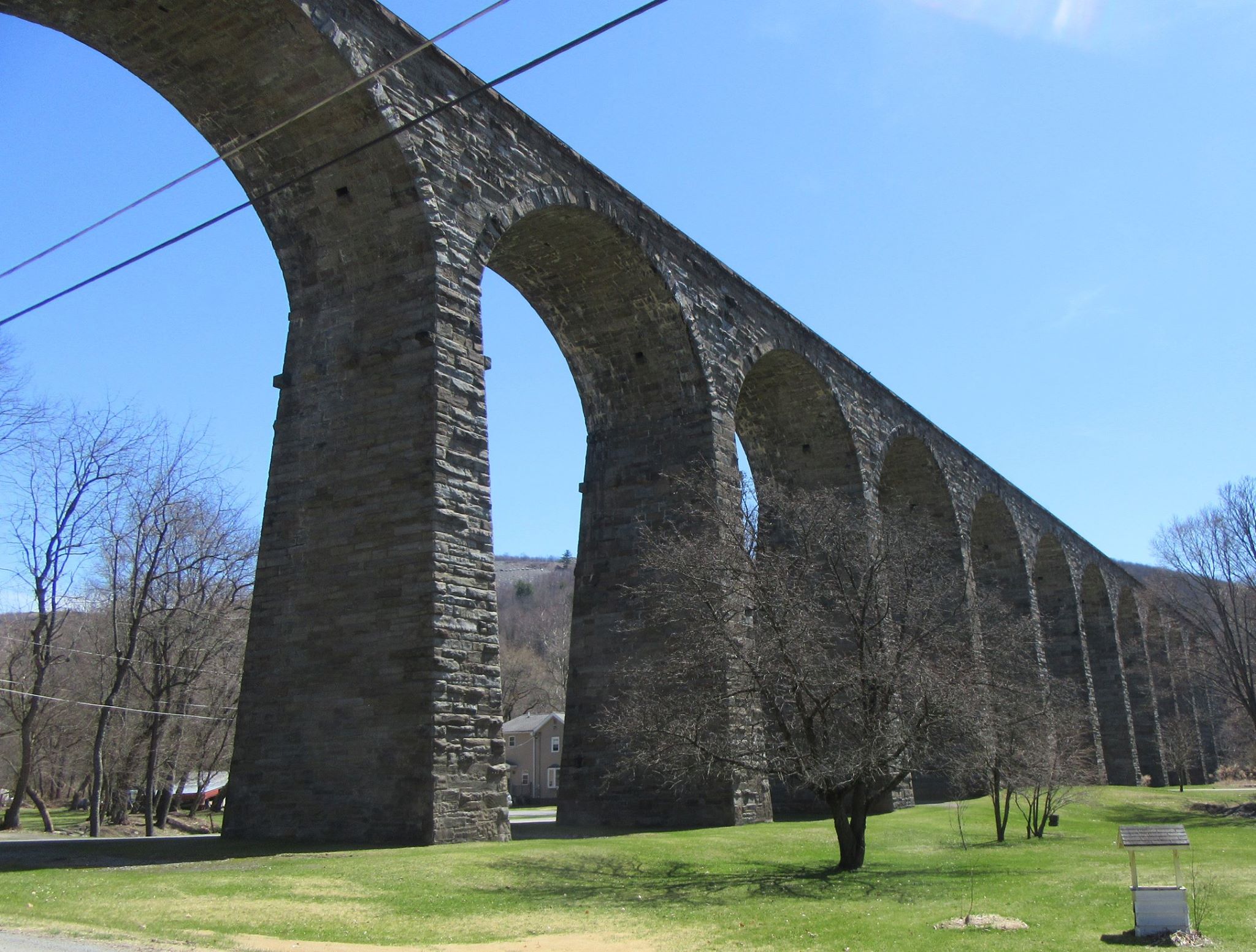 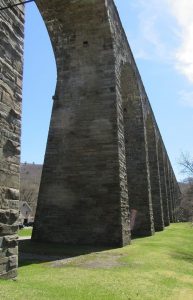 A $3-million grant was awarded to Central New York Railroad for the rehabilitation of the Starrucca Viaduct (above) and the concrete arch bridge over Routes 171 and 1009, located in Lanesboro Borough, Susquehanna County. The grant was allocated through the State Transportation Commission’s Rail Transportation Assistance Program (RTAP) and was one of nine projects approved by the commission.

The Starrucca Viaduct is oldest stone-arch railroad bridge still in use in Pennsylvania, and one of the oldest in the United States. It is currently used by the Central New York Railroad which operates 123 miles of railroad between Binghamton, NY and Port Jervis, NY.

The deck of the Starrucca Viaduct will receive a complete restoration, including a new surface with waterproofing. The abutment, piers and arches of the bridge will receive repairs to the masonry. The concrete highway bridge will be repaired with high strength concrete with an epoxy bond.

“The Starrucca Viaduct leaves an indelible, treasured mark on our landscape and is critical to Pennsylvania’s economy,” said State Rep. Jonathan Fritz. “I’d like to thank former Rep. Sandra Major and Sen. Lisa Baker for their hard work and for seeing this project through. I look forward to the positive impact this repair will have on Lanesboro and the larger community.”

Completed in 1848 at a cost of $335,000, the viaduct was one of the most expensive railroad bridges ever built. It was once regarded as the greatest landmark along the Erie Railroad’s New York to Chicago route.

“Lanesboro is very excited to see that steps are being taken to preserve and protect an important and active part of our area’s history,” said Chris Maby, mayor of Lanesboro. “This grant comes at an opportune time for the railroad, as Lanesboro is just getting underway with a separate sidewalk improvement project funded primarily through the Transportation Alternatives Program. And the Northeast Rail Trail organization has a third project underway to make improvements along the rail trail which traverses under the railroad. When the three projects are completed, visitors to the area will now have the opportunity to walk and photograph the ageless Starrucca Viaduct from a variety of locations.”

“The Central New York Railroad would like to thank PennDOT, Sen. Baker, Rep. Major and Rep. Fritz for their contribution to restoring this historic structure, enhancing the safe operation of both bridges, and supporting projects that invest in infrastructure for the benefit of future economic development opportunity,” said Melanie Boyer, spokesperson for the CNYR.