How Sullivan County Got Its Start 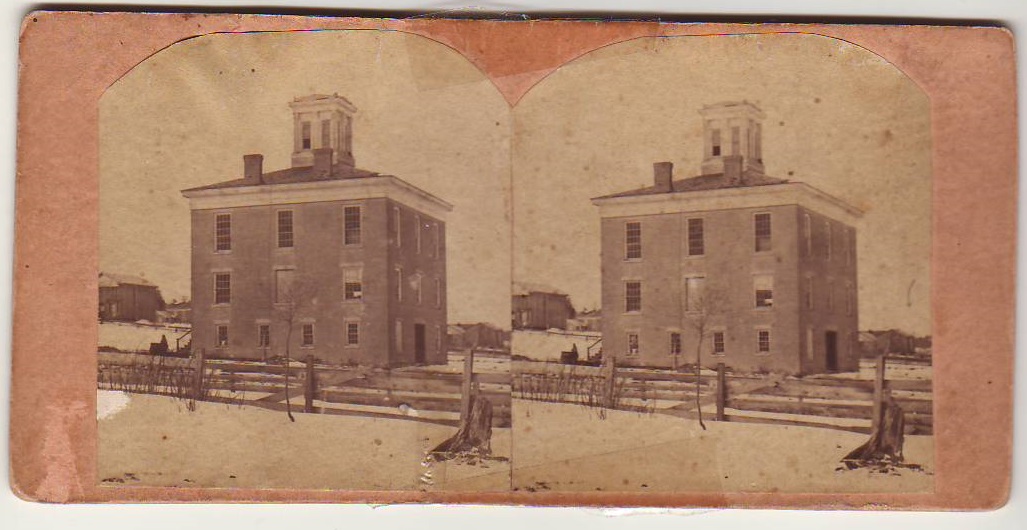 A stereoview card from the 1800s shows that the first Sullivan County Courthouse was initially surrounded by wooden fence to keep cows out of the lawn surrounding it.

The wilds of what is now Sullivan County were at one time considered the “frontier.” Pennsylvania’s own beginning started with the death of Sir William Penn in 1670, who was the father of William Penn. Young Penn had become a Quaker, which was against England’s law, for which he’d been thrown in the tower. Traveling about with no success in combating the religious thumb of the king and country, William Penn asked the king for a colony in America to take in lieu of an enormous debt the king had owed to William’s father. Thus, the founding of Pennsylvania was begun, which proved to be the legacy for becoming the seed of a nation.

The swath Sullivan County was originally in was purchased from the Indians in 1768 and was also included in the territory claimed by Connecticut. This land grouping was named Northumberland County. Then in 1795, Lycoming County was formed from within Northumberland. Sullivan County’s formal origin began on March 15, 1847 when a State Senator from Butler County named Charles C. Sullivan took an active part in procuring the passage of the bill to form Sullivan County from Lycoming. There had been an earlier attempt to annex Sullivan County in 1845 and then again in 1846 but when success came it was due to the county’s formation solely from Lycoming County and no land from Bradford County.

From that point things got a little dicey as to just where to place the county’s seat. All parts of the county wanted to lay claim to the honor—from Shunk (then Fox Centre) to Cherry Hill near Dushore. In the meantime, Secu and Abigail Meylert had given power of attorney to their son Michael to handle all lands owned by them in the newly formed Sullivan County on Aug. 13, 1847. Michael Meylert was in business with a Mr. Clymer; both men argued that Center, being the geographical center of the county, would be the most convenient for the residents. The first commission to place the county seat was disputed but the second commission did in fact see the wisdom of what is now Laporte as the solution.  The town was named after John Laporte, the then Surveyor General of Pennsylvania, whose influence was brought to bear in locating the county seat at that point of time.

Then, opening this past wound, the first Court of the Quarter Sessions and Common Pleas was convened in the Evangelical Church, located on Cherry Hill, on June 5, 1848. The church was crowded with people and a great array of attorneys were in attendance. The first case in appearance was boisterously voiced by attorneys to be squashed, because it wasn’t being tried at the appointed location of county seat which was nine miles away. After animated arguing, the presiding judge declared he would sustain the motion to squash the hearing and court ended. Afterwards, Mr. Meylert built what was to be the first courthouse, on courthouse square. At the time of this turmoil only six families were living in what is now the borough of Laporte.

With the acceptance of the commission’s findings for the Laporte location of the county seat, Dushore area and Forksville folks were still bothered with the choice. Animosity rose high even after the settlement of location. Dushore businessmen finally reasoned that it may not be in their interest to have the county seat at Cherrytown and that they’d rather not travel to Forksville. As a third commission was created on this question, they resolved that there was not sufficient reason for the removal of the county seat from Laporte.

A large building known as the Laporte Hotel was erected by Michael Meylert in 1850, known as the Laporte Hotel. Until that first courthouse was completed, a large room over the hotel’s kitchen was used as a courtroom. There was also a room for the commissioner’s office and another for the prothonotary. Michael Meylert’s own home was also being built at this time and still stands today on a street marked with his name.

That first courthouse was 44’ x 44’ with three stories and a basement, opening in 1852. The building was lighted with kerosene (“coal oil”) lamps and water was taken from a pump out in the yard. A bell was hung in 1859 and a cast iron fence surrounded the courtyard in 1872. This building was torn down in 1893, supposedly because of deteriorating bricks (and yet the Meylert home was of the same bricks and still stands). The County Office Building behind that courthouse was built in 1885 to house the ever–growing amount of paperwork generated by county government so one cannot help but wonder if the powers that be simply had outgrown that first structure. The extra building is today part of the Sullivan County Historical Society. By December of 1894 the second courthouse held its first quarter session in what today is the nucleus of the Sullivan County Courthouse, which has had numerous additions, repairs and improvements.