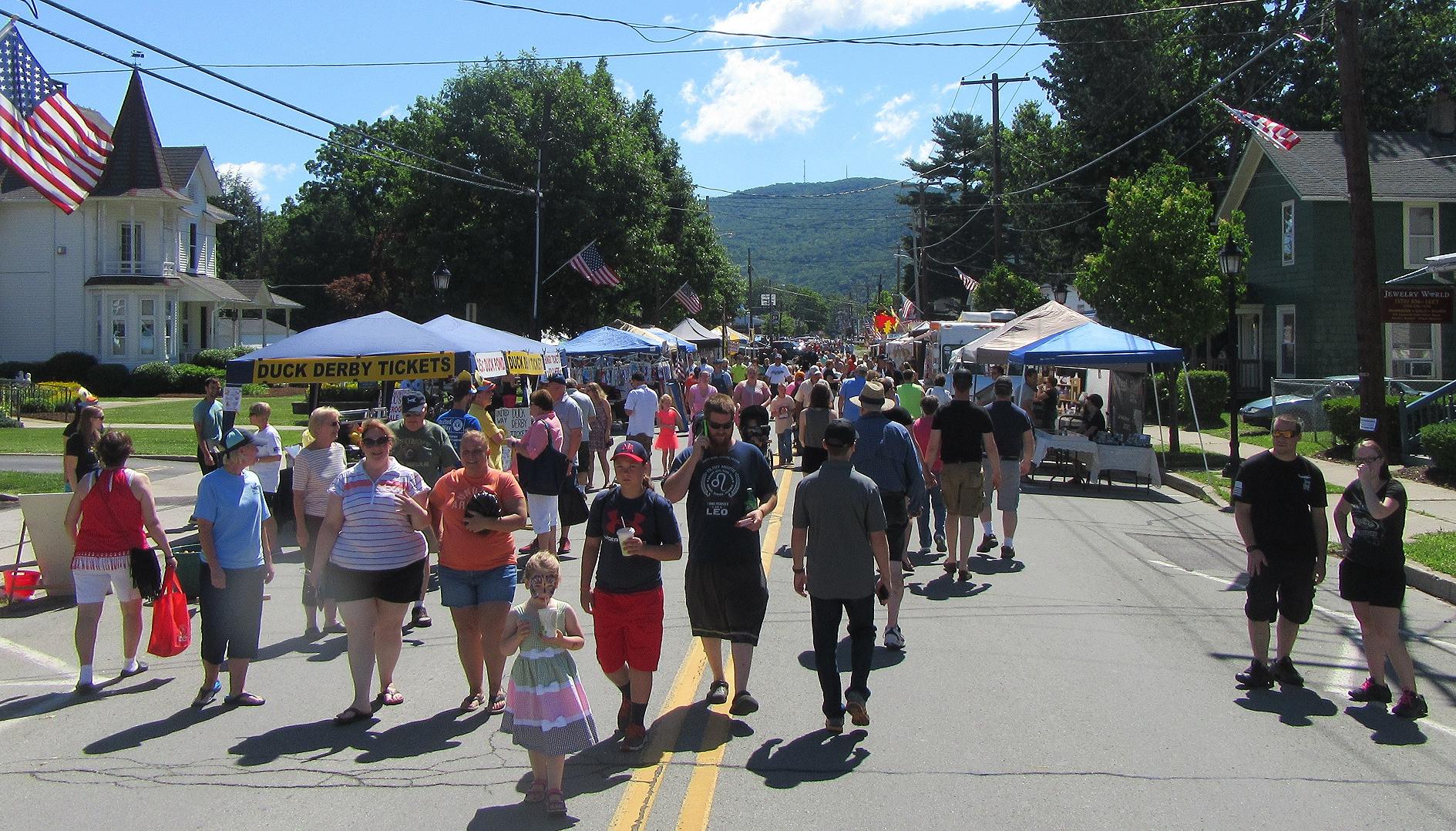 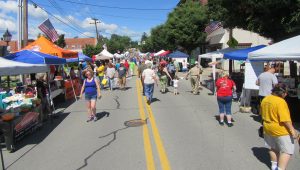 Looking east (top) and west (above) from the approximate center of Founders Day activities on Saturday, throngs of people can be seen taking in the sights, smells and sounds of Tunkhannock’s annual summer holiday.

From Warren Street at the west to McCord Street at the east, Tioga Street in Tunkhannock was teeming with people on June 24 as Tunkhannock celebrated Founders Day. Highlights of the event included live entertainment, a walking tour of Tunkhannock’s industrial past, wine tasting, a duck derby, a classic car show, and a wide variety of food and other wares from vendors. 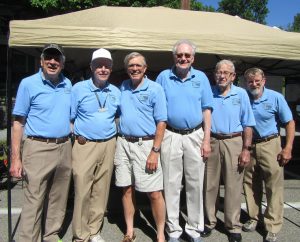 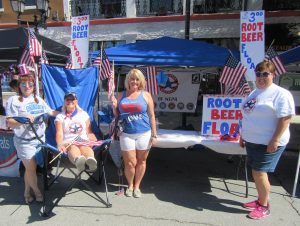 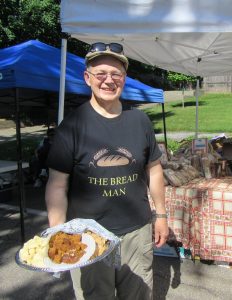 Chuck Redden (aka – the Brad Man) offered samples to passersby on Warren Street. 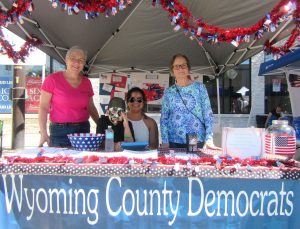 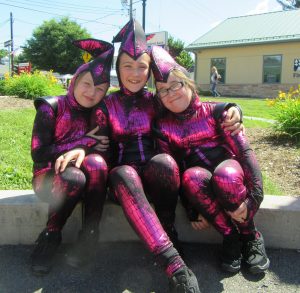 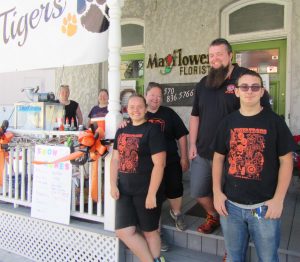 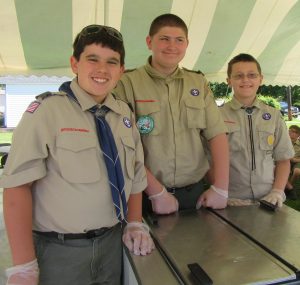 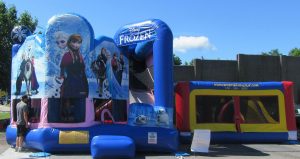 A ‘Frozen’ castle and other bouncy delights awaited children along Harding Street. 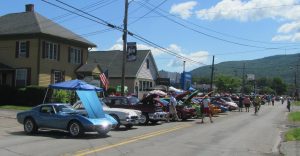 A wide variety of classic cars (above and below) on display in the area of Sherwood Chevrolet attracted fans of all ages. 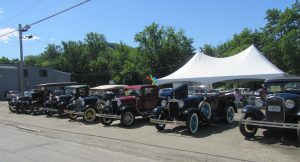 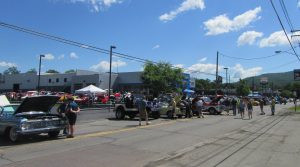 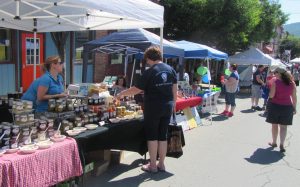 Shoppers (above and below) found a wide variety items from which to choose, including jellies, hand-painted glassware, and other craft items. 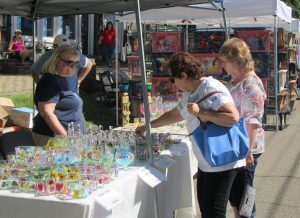 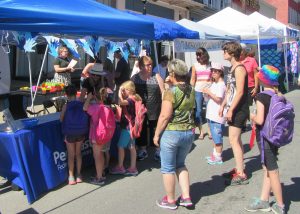