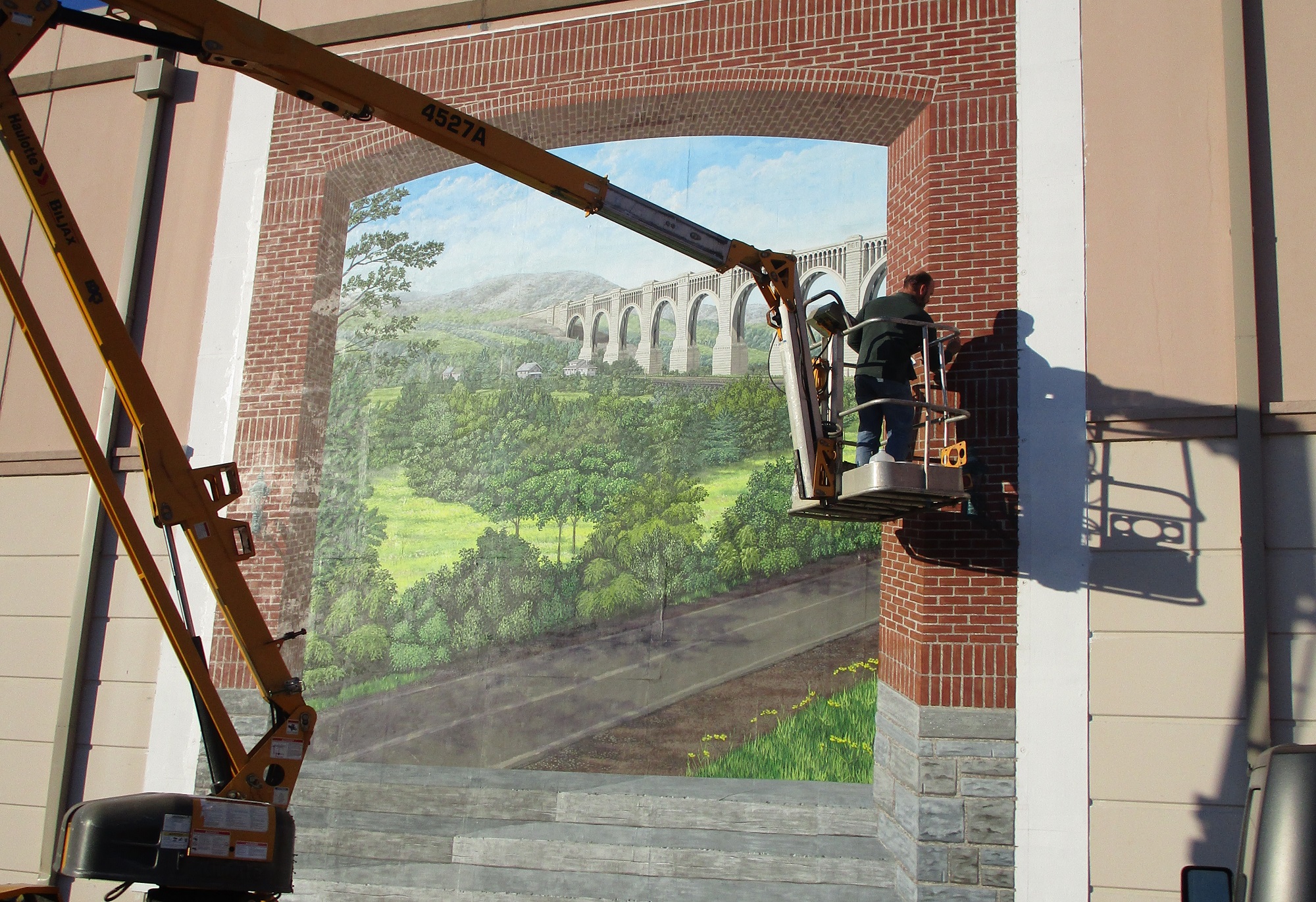 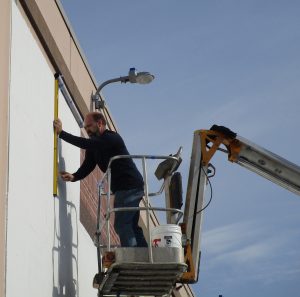 Tunkhannock artist Bob Lizza (above) makes measurements prior to applying the fourth panel of the Tunkhannock Viaduct mural on the back wall of the Dietrich Theater on Nov. 5. By the end of Wednesday (top), he was hand-painting finishing touches to the masterpiece, having completed the application process.

The first in a series of mural segments to adorn the walls of the Wyoming County Cultural Center has been applied to the rear of the Dietrich Theater in Tunkhannock. One of two murals depicting the Tunkhannock Viaduct (or Nicholson Bridge) was put up on Tuesday and Wednesday by Tunkhannock artist Bob Lizza after months of hand-painting bricks on panels in his downtown studio. Both are based on a 1930s post card and feature classic vehicles on the old Lackawanna Trail Highway, which is now Rt. 11.

Lizza employed a style of painting called trompe l’oeil, which translates into a “trick of the eye” in that it appears that one could walk right into the scene. A committee of Wyoming County citizens began meeting in March to determine the subject matter and agreed to start with the Nicholson Bridge as one of the county’s most iconic images. The second part of the bridge mural, printed first on a cloth-like material, will be produced and applied in 2020.

Committee members, under the direction of Cultural Center director Erica Rogler, have tentatively chosen the Susquehanna River and its history as the subject matter of a third mural that will face Bridge Street. Funding for the project comes from the Endless Mountains Heritage Region, the Pennsylvania Department of Conservation and Natural Resources, Wyoming County Room Tax Committee and the Endless Mountains Visitors Bureau. 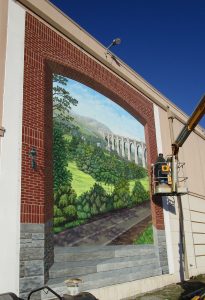