In: health
With: 0 Comments 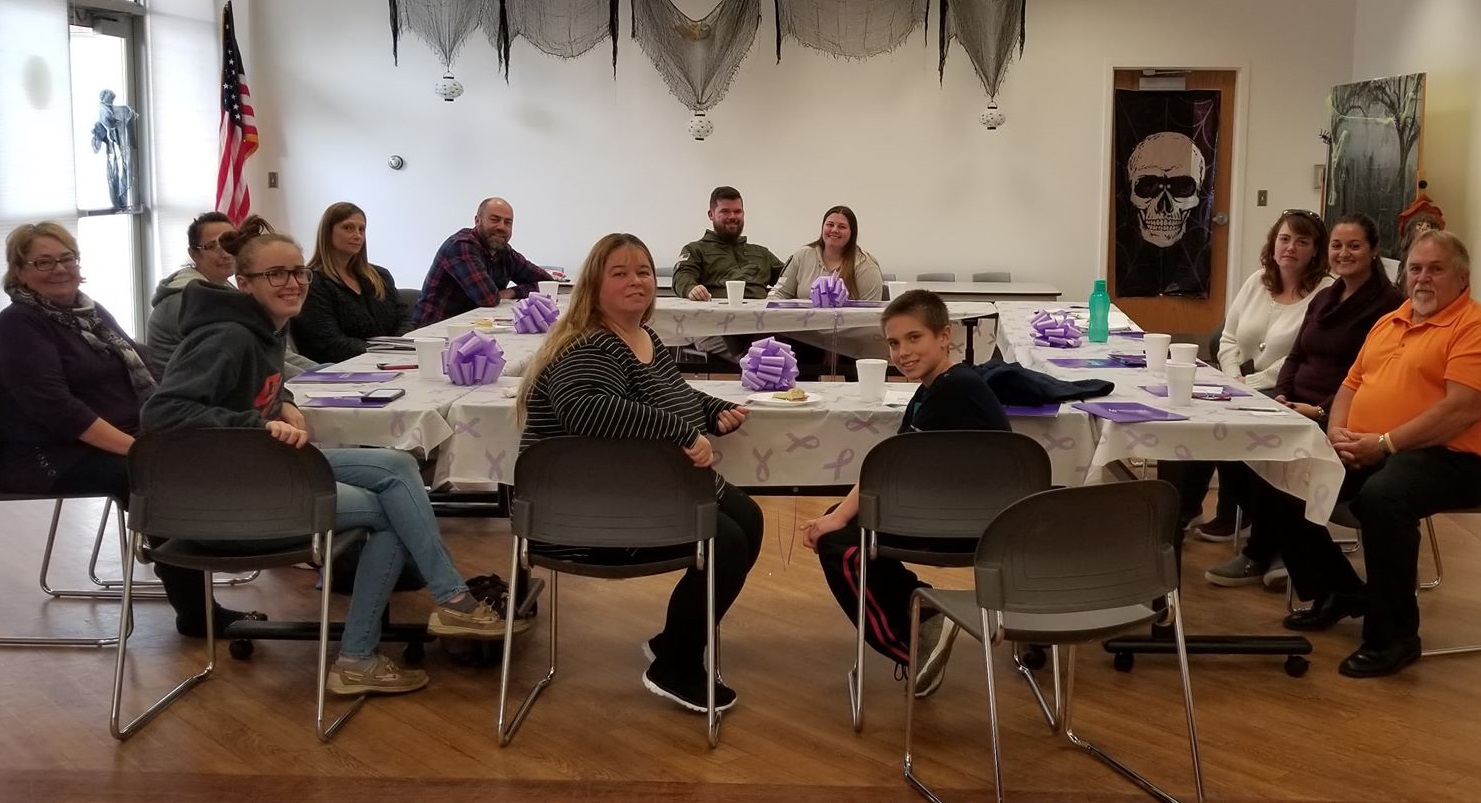 Those were just some of the feelings heard going around the room at the Tunkhannock Library on Oct. 26, as representatives of the Epilepsy Foundation of Eastern Pennsylvania (EFEP) held their first ever Information Session in the Endless Mountains. People came from as far as the outskirts of Atlantic City, New Jersey to share their stories and show support for families affected by seizure disorders.

The goal of this informal meeting is to start a monthly Epilepsy Support Group for Wyoming County. Currently, support groups gather in Lackawanna and Luzerne, making it difficult for residents of the more northern area to attend.

Margaret (last name withheld) from Lake Winola found the meeting to be very educational, “Happy we came,” she remarked. Her son, AJ, who turned 12 in June, just started having seizures in the past year. They shared their story of school issues: other children who don’t understand; bullying; and a school system that lacks knowledge on epilepsy in general.

Quite shocking, when statistics indicate that one in ten people will have a seizure in their lifetime and two in twenty-six will develop the condition. Margaret and her son were able to find comfort with other families having gone through frighteningly similar circumstances with their schools.

“Anger” was the word that stood out in a testimony from Sally Lake Smith, originally from Susquehanna. With onset of seizures in 1984 as just a teenager, Sally disclosed that it took her until around the age of 42 to let go of that anger. She was also bullied, not only by her peers at school but by teachers who lacked understanding.

Sally also hated hearing the word No. “No you can’t do that, what if you had a seizure?” became an all-too-familiar warning, a vocalization of the fears of others: her mother, her teachers, and other adults.

So Sally adopted the mission statement of “Teach me how to be safe within my limits, stop telling me what I cannot do.” Now residing in Wilkes-Barre resident, she doesn’t want to see teens or adults go through what she went through, so she volunteers much of her time advocating and sharing through the EFEP. “They provide validation because they understand what others do not. They see you as a person, not as your illness. Healing begins here,” Sally stated.

One of the most enthusiastic of the group, Eric Beck, had dreams about being a State Trooper. At the age of 17, he had just signed on with the United States Marine Corps, and was ready to start the adventure into adulthood when he was attacked with his first seizure. He described many of the feelings shared around the room, including that angry rage of a nineteen year old left without direction or purpose.

Eventually, he found the Epilepsy Foundation and support for himself. Though Eric still has the threat of seizures looming over his head, he serves as a camp counselor during the summer to help lift up others and give affected kids hope. Attending from New Jersey with his partner Kristen Carter, Eric gave parents in attendance the assurance that the Epilepsy Foundation’s Camp Achieve is a place where their kids can escape from the stress and fears of their condition and have access to the life experiences they deserve in a safe, fun and friendly environment.

“Information above and beyond! You can’t get it anywhere else,” said Lucy Jurchak of Meshoppen. She learned of the Tunkhannock meeting on-line and decided to attend with her daughter, who at the age of 15 had the first of her tonic clonic and absence seizures. Her daughter is now 22 and struggling to live a normal life where others understand. There were many others in the room who understood and brought hope. Lucy talked of five hospitals they had visited in search of answers and possibly finding the right medications. Similar stories were shared around the room and Lucy found she wasn’t alone.

“It’s something people just don’t talk about,” was just another sentiment expressed at during the meeting. The EFEP seeks to break the stigma of seizure disorders and bring understanding to communities. They offer educational resources to school districts, which sadly is often ignored. Currently, the foundation offers a wide array of resources and support services to over 100,000 people in Eastern Pennsylvania living with epilepsy as well as their family, friends, neighbors and community members. The experiences shared between individuals and families on Oct. 26 was invaluable.

Mary Loughlin, Northeast Region resource coordinator, was thrilled with the turn out for this first gathering in Tunkhannock and looks forward to meeting monthly in the area. Details for a November meeting are still being put together, but EFEP program director Rena Loughlin assured those in attendance that they would be getting together again and often. Saturday’s attendees were provided with pertinent information about seizures and the organization.

Interested readers can find out more about the organization at www.efepa.org or by calling (570) 592-1150. The EFEP will host a bowl-a-thon on Sunday, Nov. 3, from 3 to 5 pm at Chacko’s Family Bowling, 195 Wilkes-Barre Blvd., in Wilkes-Barre. The entry fee for Strike Out Epilepsy is only $15 and includes shoes and a snack. Families and individuals can register by calling the number above or visiting the website.