In: recreation
With: 0 Comments 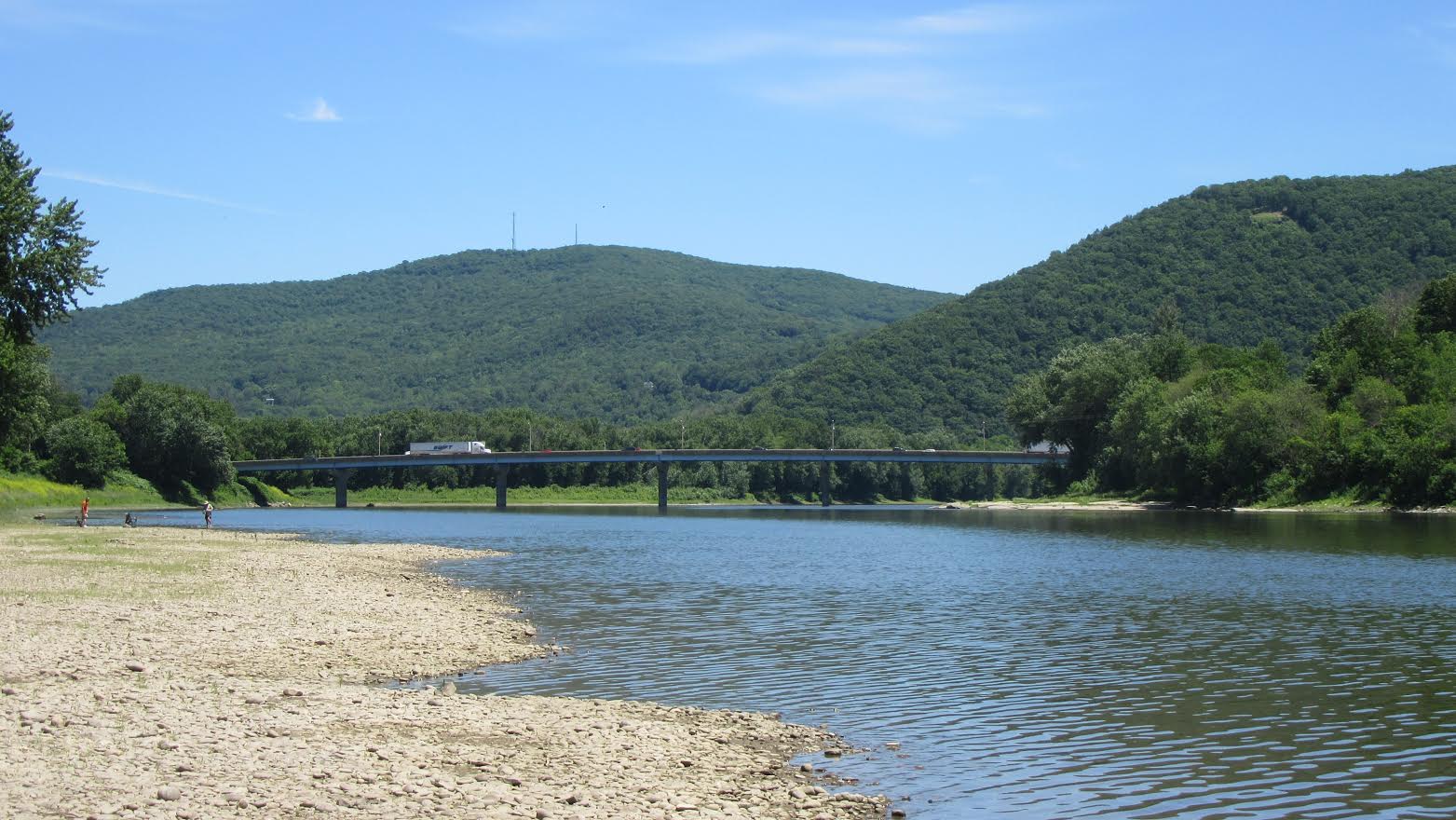 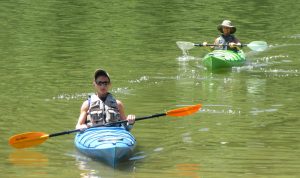 The Endless Mountains Downriver Canoe/Kayak Race will take place again on Sunday, July 23. Regarded as one of the oldest marathon canoe races in the northeastern United States, the 12-mile paddle from Mehoopany to Tunkhannock offers a chance for novices to compete with experts from across the country who look forward to the event.

This stretch of the Susquehanna River is noted for its natural splendor and includes a giant horseshoe bend called Vosburg Neck, which features the occasional waterfall (below) on the cliff face opposite the peninsula and a variety of wildlife such as bald eagles and herons. 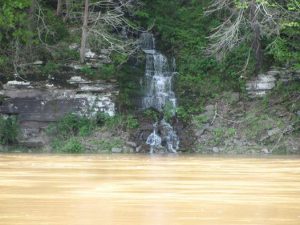 The race is sponsored by the Kiwanis of Tunkhannock and entering its 54th year. Kiwanis member Gene Truax notes that some continuity was lost during years that the race could not be run due to high or low water, and organizers would like to see the event regain its former glory.

“We’re trying to get local residents to compete against each other,” says Truax, who encourages scouts, church groups and even companies to sponsor paddlers for the family-friendly event. In previous years, Kiwanis organizations from outside the area also sent contestants who would vie for a special Kiwanis prize.

According to Truax, returning competitors comment on the serenity of the river and the coordination of the event. “Registration is very well-organized, and we keep track of all of the participants,” he remarks. “We wait at the other end until everyone is accounted for, and sometimes that takes awhile.”

Bottled water is supplied to those who need at both the start and finishing points.

Kiwanis member Tom Tesluk, who helps time the race, among other duties, relates that those who come from far and wide are impressed by how clean the river is. For the locals, he adds, the event is designed to promote recreation on the water, especially among families.

Proceeds from the race help the Kiwanis fund events and programs for area youths throughout the year. “One hundred percent of the proceeds go right back into the local community,” Truax says assuredly.

The event is first divided into two classes; Recreation and Competition. The Recreation Class is geared toward local boaters as an opportunity to get friends and family involved. The Competition Class is for people who enjoy racing and have likely competed in previous events. That is not to say that local paddlers cannot enter at the competitive level.

Classes are then broken into divisions to accommodate kayaks and canoes of different lengths and for men, women and children. Men and women can compete in the canoe divisions as mixed teams, and adults can paddle with youths. The kayak divisions, especially in the Competition Class, are a bit more strict.

Most of the 12-mile stretch is calm or slowly moving water, the exception being some rapids just after the start of the race behind the Procter & Gamble plant that are more challenging the lower the river level is.

Entries will be accepted beginning at 10 am on the day of the race. Participants will gather just below the Susquehanna River Bridge at Mehoopany between 10 and 11 am. The Recreation Class heats will launch at noon, followed by the Competitive Class participants. The race ends just above the river bridge at Tunkhannock at the Riverside Park public access.

For additional details, interested readers can request a registration form via email at barb1212@epix.net. Forms are also available at numerous locations throughout the Endless Mountains, including Susquehanna Kayak & Rental in Falls, Endless Mountains Outfitters in Sugar Run, and the Endless Mountains Visitors Center in Tunkhannock. Questions about the event can be directed to Tom Tesluk at 570-241-2609 or Gene Truax at 570-690-1566.