In: General News
With: 0 Comments 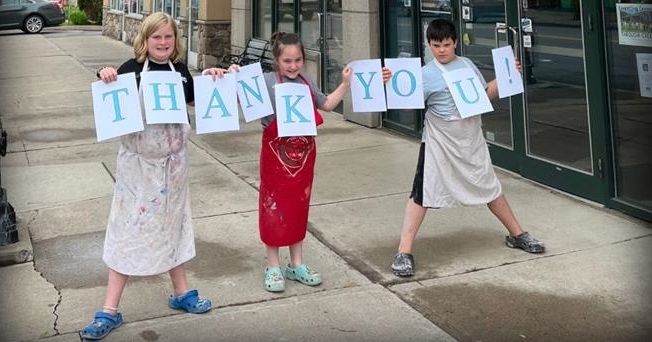 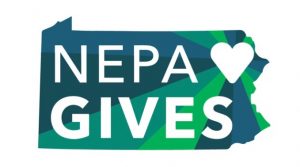 Art studio students (above, from left) Grace Stand, Avery Sutton, and Bryck Boice express their gratitude for donors to the Wyoming County Cultural Center at the Dietrich Theater in Tunkhannock. Children’s programming will benefit from their NEPA Gives success. The Northern Tier Industry & Education Consortium uses donations for programs like the annual Energy & Oilfield Career Experience that is coming up in August. 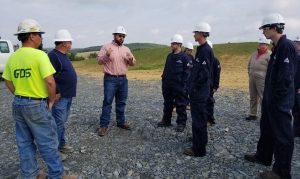 The Scranton Area Community Foundation (SACF) and the NEPA Nonprofit & Community Assistance Center (NCAC) conducted the annual NEPA Gives campaign on June 3. When all was said and done, 212 participating organizations raised $1,117,526 from 5,146 donors.

This was Coterra’s second year as a key sponsor of the initiative, after the SACF expanded the scope of NEPA Gives to include Susquehanna and Wyoming counties, where we operate in the Marcellus shale. We selected four non-profit organizations to which we provided monetary matches to encourage larger and more donations from their respective supporters.

We were very happy to learn that the organizations we supported did so well this year, especially since NEPA Gives is still relatively new to most of them. We also appreciated the guidance provided by the staff of the Commonwealth Charitable Management (CCM) and the Community Foundation of the Endless Mountains to this year’s participants.

Event coordinators for each organization worked the phones and social media for 24 hours and watched their totals grow via electronic leaderboards at nepagives.com. Some corporations elected to sponsor special bonus prizes throughout the day that reflected the various missions of the participants or sometimes simply the organization that registered a donation closest to a certain time. 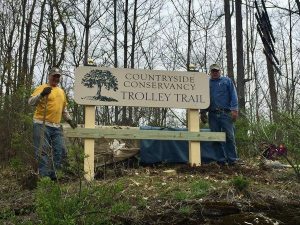 Countryside Conservancy manages nature preserves and trails in Susquehanna, Wyoming and Lackawanna counties. The organization has the most experience with NEPA Gives and found themselves in third place at the end of the day, eclipsing last year’s finish and their $25,000 goal by taking in $39,818 from 112 donors. The Conservancy also picked up six prizes from sponsors, including a $3,000 bonus for the Top-Earning Medium Sized Organization and a $1,000 1954 Award, in honor of the year that the Scranton Area Community Foundation was founded.

“NEPA Gives has quickly become one of the Conservancy’s biggest fundraisers, and the matching challenge provided by Coterra drives this event,” said executive director Bill Kern. “Using their support to leverage additional donations is the main reason for the Conservancy outperforming other organizations, some of which are 10-fold larger in staff and budget.”

The Wyoming County Cultural Center/Dietrich Theater bested last year’s total by about a thousand dollars, finishing at $18,055 from 33 donors. “We raised more money than we did the previous year, and we’re really pleased with that,” said executive director Erica Rogler. The funds will be used for children’s programming and scholarships, maintaining the 1937 historic theater and bringing in free movies and live events.

Rogler expressed her appreciation for Coterra and others who put up match donations to make individual contributions go farther. “That was a great incentive for people to give, and we think that it helped increase our donations,” she stated

Camp Freedom is an adventure camp for disabled veterans and first responders near Carbondale. They raised $7,285 from 21 donors and took a bonus $500 Golden Ticket Award. Proceeds will help Camp Freedom cover the costs of wellness retreats, peer-to-peer interaction opportunities, and numerous recreational activities like hunting, fishing and biking.

Northern Tier Industry & Education Consortium collected $1,125 from 8 donors. Both Coterra and the Energy Education Fund put up monetary matches for donations to the organization, which conducts first-hand experiences, programs and activities to integrate the education and employment processes for students K-12 across northeastern Pennsylvania. NTIEC’s Deb Tierney credits the corporate matches with an increase in donations this year that will be used to fund the agency’s Summer Career Experience camps that includes an Oilfield Career Experience in August. “The additional funding will allow NTIEC to reach and impact more students in northeast Pennsylvania,” Tierney offered.

SACF community initiatives manager Vivian Williams told us that corporations like Coterra play a big role in NEPA Gives, providing match funds for nearly half of the participating organizations. Though it was not a record year overall for the campaign, SACF staff still considers the event a major success.

“While we did not reach our goal of $1.5 million, we are beyond proud that we broke a million dollars, especially in the economy we find ourselves in,” she stated. Experience means a lot, Vivian added, so first- and second-time participants will likely do better with more time to plan for next year. 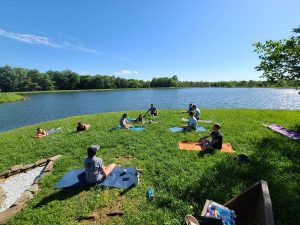 2022-06-16
Previous Post: EMHR Mini-Grants to Fund a Wide Array of Projects
Next Post: ‘Quilts of Honor’ Presented to Local Veterans