In: Disaster Relief
With: 0 Comments 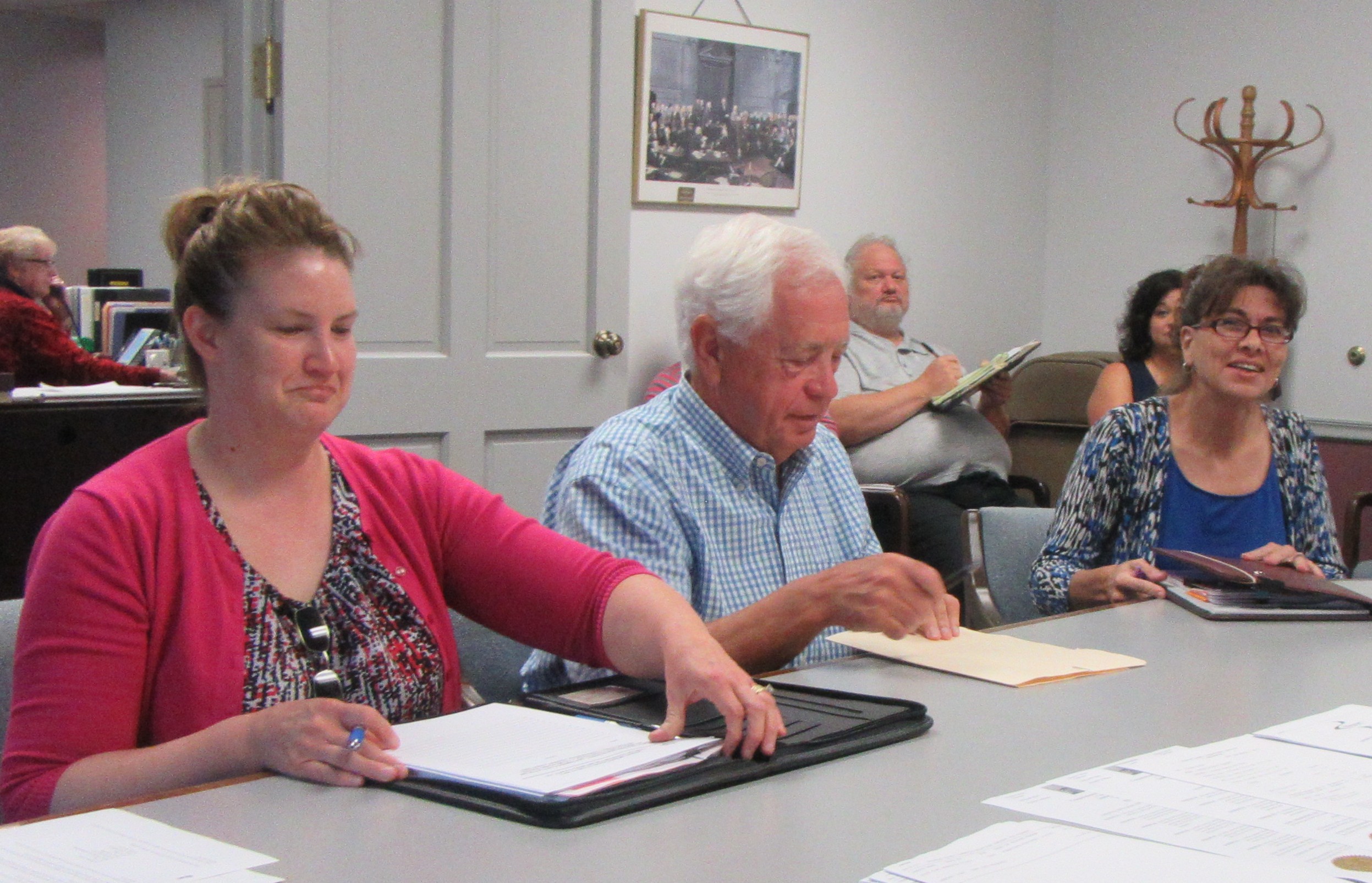 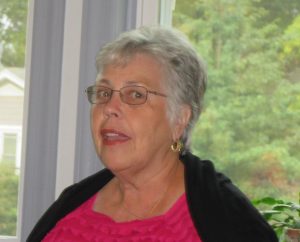 Wyoming County resident Louise Kling (above) participated in a public hearing called by the county’s Housing & Redevelopment Authority, represented by (top, from left) Lisa Hahn, John Jennings, and Danielle Powell held in the commissioners office on Sept. 5. A request by the Authority for approval to modify a grant was tabled by the commissioners due to Kling’s opposition.

A request by Wyoming County Housing & Redevelopment Authority representatives to divert approximately $500,000 in CDBG disaster relief funds to another project was not as routine as might have been expected. Forkston area resident Louise Kling confronted Lisa Hahn of the Housing Authority at a rescheduled public hearing held in the commissioners office on Tuesday morning.

Hahn explained that the request for modification was based on a “needs assessment” from information available to them concerning a previous grant. The initial funds had been applied for in 2013 for victims of the 2011 floods and received by the Housing Authority in 2016. Those needs included “elevation of structures” and “relocation of utilities.”

Kling’s home was flooded in 2011. She said that both Hahn and Wyoming EMA director Gene Dziak told Kling and her neighbors several times that they would not be reimbursed for any repairs they made prior to the county receiving grants. In October 2016, Kling said that she and others who had filed applications for flood relief were told to resubmit their paperwork and they would receive money by the end of the year.

“This $500,000 should be going to the people who did not do the repairs,” Kling maintained. “Because that’s what we were told to do.”

Hahn had brought the request to the commissioners on Aug. 23, but the board tabled the discussion, citing a lack of familiarity with the issue. Each such public meeting has to be advertised, a requirement that is generally handled through one local, weekly newspaper under “legal notices.”

Kling pointed out that, if a county resident doesn’t have the opportunity to read the single issue of the paper in which the notice for public hearing is published, he or she is left behind by the process.

“It may have been advertised, but people didn’t see it,” Commissioner Ron Williams later agreed.

“I’m so upset that the people in charge did not contact the people who have been waiting for the money,” Kling stated. “I feel that I have been neglected, I’ve been lied to, and I’ve been left alone.” She noted that she was speaking on behalf of herself and other people “that have been dropped through the cracks.”

Hahn countered that she had proceeded with the modification proposal in good faith. “We were told that all of these issues had been met,” she related, to which Commissioner Tom Henry remarked that, if Kling is correct, that is apparently not true.

Relevancy of Interjection Disputed but Not Ignored

This was, of course, not the first time this year that the Housing Authority’s handling of disaster relief funds has come under public scrutiny. In the spring, Hahn appeared before the commissioners to announce that a block grant worth $2.4 million was to be allocated to homeowners in Meshoppen. Despite questions about when the decision had been made, Hahn maintained that it was only recently confirmed. (Read about it here: http://www.endlessmtnlifestyles.com/?p=7063)

At that time, Forkston resident Lizz Dewolfe insisted that Hahn had already told Kling in January that the money would be going to Meshoppen. In May, Dewolfe filed a right-to-know petition through which she acquired documents that Dewolfe feels disprove Hahn’s previous statements.

As she handed Commissioner Henry the stack of papers this morning, Dewolfe said to Hahn, “You knew that the money was going to Meshoppen. I feel that we were used.”

Hahn was quick to point out that the funds under consideration today have nothing to do with the Meshoppen buyout and deemed Dewolfe’s comments irrelevant. Henry agreed to some degree but commented, “The $500,000 is different, but not to Mrs. Kling and her neighbors.”

Dewolfe’s interjection may have seemed irrelevant, but it raised eyebrows and perpetuated a public perception that the Housing Authority, like PEMA and FEMA, operate with limited oversight and can change the rules of the game as the process evolves.

“They are being forgotten, and they were the hardest hit,” Commissioner Williams said of the Forkston flood victims.

Henry asked Hahn if part of the available $500,000 could still be used for residents like the Klings, who have followed all the instructions provided to them since the application process began. “If we have an opportunity to open this back up, let’s do it,” Henry stated. “I want you guys taken care of,” he said to Kling. “I can’t imagine waiting forever.”

Commissioner Judy Mead asked about the best way to reach additional residents with legitimate applications. Henry suggested that there must be a list available to the Housing Authority. Williams asked what the deadline was for using the available funds, to which Hahn replied “2021.”

“So you will be in touch with the people up there?” Mead asked Hahn.

Hahn’s responses were barely audible, and neither Housing Authority director John Jennings nor Section 8 coordinator Danielle Powell said a word. It seemed that the confrontation was not what they had expected.

The commissioners agreed that the issues brought to light by Kling would be further investigated and that another public hearing would be schedule to finalize the matter.

Check back into EndlessMtnLifetyles.com to read more about today’s commissioners meeting.