In: Breaking News, Uncategorized
With: 0 Comments 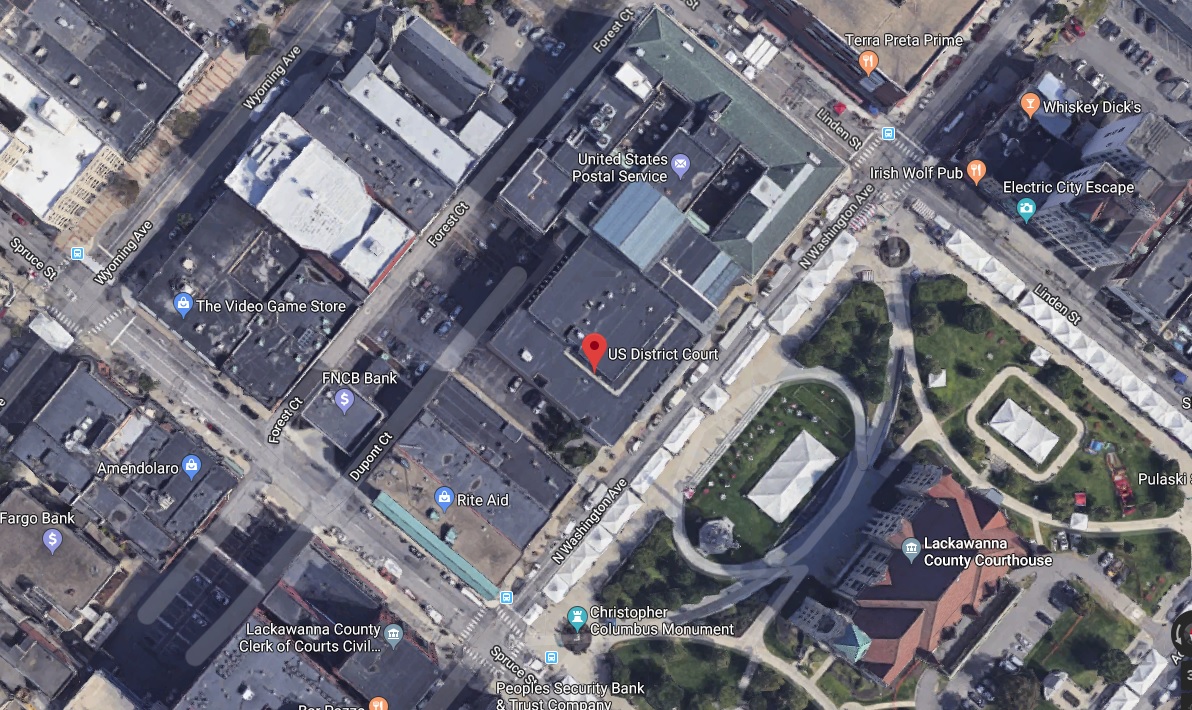 By Rick Hiduk / Map by Google

James Eugene Rought of Tunkhannock, who was charged last week with “death by drug delivery” and “serious bodily injury by drug delivery” will appear in Scranton Federal Court at noon on Friday, Oct. 26, for a detention hearing.

The charges, which stem from the overdose death of Tunkhannock resident Dana Carichner and an unidentified female who survived an overdose, were filed by Wyoming County District Attorney Jeff Mitchell after an extensive investigation. Rought was indicted on Oct. 16.

According to the criminal docket filed in the US District Court Middle District at Scranton, a writ of habease corpus was issued to Rought on Oct. 18 by the Hon. Malachy Mannion. On that same day, Rought entered a financial affidavit that led to a court order for an appointment to Rought of a public defender. Rought also entered a plea of “not guilty” on Oct. 18.

Jury selection and trial have been set for Monday, Dec. 17.

Friday’s detention hearing is much like a bail hearing in that the court will determine whether or not to detain the defendant.

Mitchell had indicated in a Facebook post that Rought is being charged in federal court due to the longer sentence he can face as compared to state court.

Such cases are hard to prosecute because the chief witness is often deceased. In this case, prosecutors found a witness who was able to say that she received fentanyl from Rought at the same time as Carichner, who died on Aug. 17.

The witness overdosed at a different location and was revived by first responders.