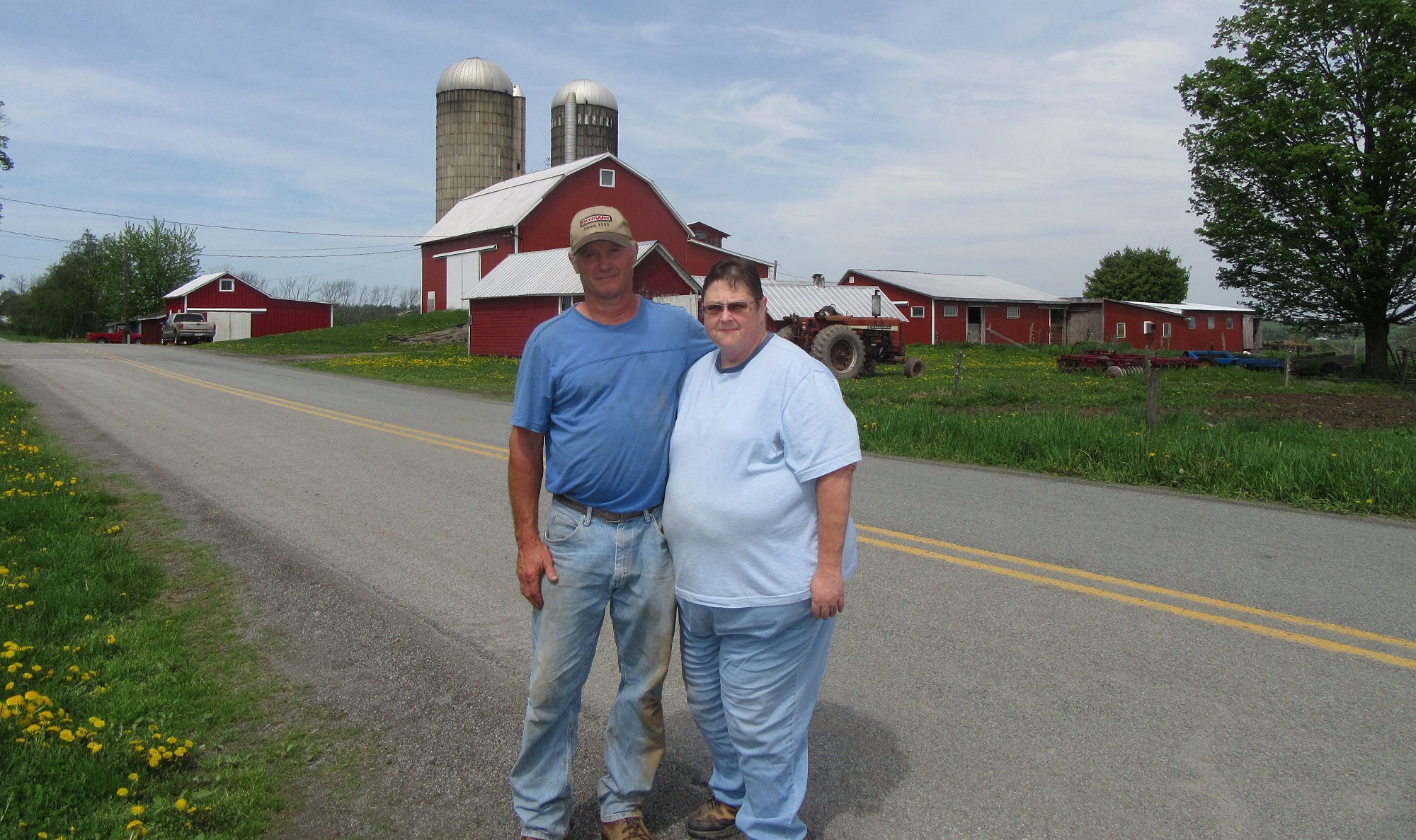 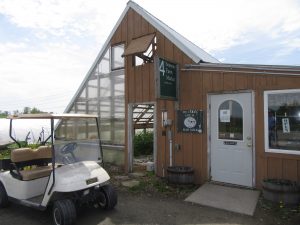 Gerald and Tina Carlin (top) have the pleasure of working a fourth generation farm in southwest Susquehanna County that is frequented by faithful customers throughout the year. Gerald’s great grandparents, Ernest and Mamie Carlin, started the business in 1903, and Gerald has spent his entire life there. He and Tina oversaw the change from dairy farming to beef cattle and produce in 2012.

“The children weren’t staying on the farm, and we saw an opportunity to do something different,” Gerald explains.

“We wanted a local outlet for the things we grow,” Tina adds, referring to the 4 Season Farm Market store, which they opened in April 2012.

Over the course of any year, the Carlin Farm produces as many as 50 varieties of vegetables, including greens, cauliflower, broccoli, cabbage, onions, red beets, squash, melons, and beans. “Some things do better in different types of weather,” Gerald notes. “It varies from year to year.” 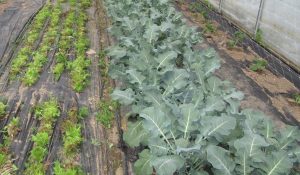 In the winter, the farm market offers fresh greens that are continuously grown in “low tunnels” – arched tubes of plastic over the ground – that serve as miniature greenhouses for spinach, garden greens, kale, swiss chard, parsley, sorrel, beans and arugula. Gerald crawls from one end of the tunnel to the other, picking along the way. Though he can force heat through the tubes during extreme cold, he did not have to this past winter. “Greens are a lot hardier than people think,” Gerald remarks.

Also popular during winter months are artichokes, which sold out this past year. “Not a lot of people have them,” says Gerald.

While harvesting from the tunnels almost daily, the Carlins utilize larger tunnels and their greenhouses during winter months to start tomatoes, cucumbers, broccoli and cabbage for summer. Garlic, which is also harvested in late July, has a longer season, getting its start in the fall and overwintering in the field. 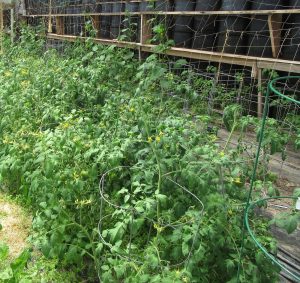 In the spring, the fields are planted with additional crops that will be available later in the summer and autumn. Tumeric is started in the spring but not harvested until winter.

Across SR 3005, 40 to 50 head of cattle – Angus, Hereford, and Seminole – are grazing in pastures that never see a chemical.

“We follow organic processes,” Tina explains. While the farm is not certified organic, the Carlins stand by their non-chemical practices. The cattle are processed in East Smithfield, Bradford County, at Bryan’s Meat Cutting, a USDA-inspected plant. The packaged grass-fed beef is returned to 4 Seasons Farm Market for sale to the public.

The shop also boasts a variety of products from other local and regional producers, including raw milk and Amish roll butter. At ten dollars per two-pound roll, it is a quick seller, Tina relates. Online retailers charge at least twice that amount. Other products include pickled eggs, jams and jellies, sauces, coconut oil, raw honey, and maple syrup. 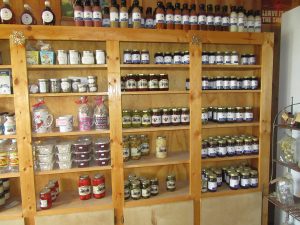 Though the shop is always tidy, Gerald admits that the rest of the farm can get a bit cluttered from time to time. “It’s never tour-ready because it’s always changing,” he suggests. “Every year, we try something new.”

Vendors and guests of the annual Farmstead music and agriculture festival held on the site would beg to differ. The outbuildings and the iconic big red barn provide a pristine venue for the event, which is coordinated by the Kitson Arts Alliance and will be held this year on Saturday, September 15.

The Carlins also take their own show on the road, participating in a number of local farmers markets, including the one at Creekside Gardens in Tunkhannock that starts up again on June 16.

The couple’s passion for farming doesn’t stop at growing vegetables and raising beef cattle. They are deeply concerned about the environmental impact of agricultural businesses, from overuse of pesticides and the amount of fuel needed to transport produce over long distances to the plight of farm women and families.

In 2017, Tina founded Farm Women United, which currently has 22 members in five states. Gerald serves as the organization’s chairman of policy development. “Farm woman are the backbone of the operation,” Tina maintains. “We run the errands. We clean and cook and take care of the children, on top of helping on the farm.” Through weekly phone conferences and editorials at www.FarmWomenUnited.com, Tina encourages women to also become politically involved and more aware of ever-changing regulations at the state and federal level. 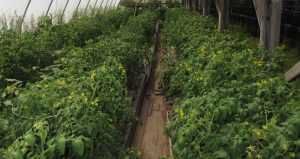