In: Towanda
With: 0 Comments 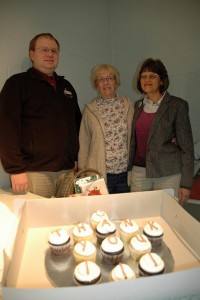 The Riverside Cemetery Association (RCA) expressed its thanks this week to Bradford County Historical Society volunteers and staff, including (above, from left) Matt Carl, Deanna Thurston, and Denise Golden, for their assistance this year in filling in missing elements and corroborating much information in the Riverside Cemetery’s newly digitized burial records.

Since the early 1800s, the Riverside Cemetery is Bradford County’s largest and most occupied historic public cemetery. More than 2,200 citizens interred there include regional founders, general citizenry, and many dozens of public servants whose members count more than 160 military veterans from the Revolutionary War forward.

As the Riverside Cemetery Association endeavors to curate the 5.5 acre cemetery property to highlight its significance, enhance its inherent beauty and add public park components to the property, volunteers Thurston, Sarah Edsell, Marjory Horton, Diane Pelton, and Teresea Sickler and staff members Golden and Carl, who serves as curator for the Bradford County Historical Society Museum in Towanda.

Cemetery’s executive director Marguerite Fox Picou said, “They will be remembered many times over and recognized as valued contributors to this community project and legacy.”

Fox Picou is also a board member-at-large. Betsy McKean and John Korfmann are RCA board members and directors-at-large. 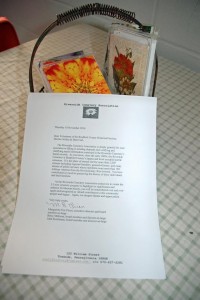