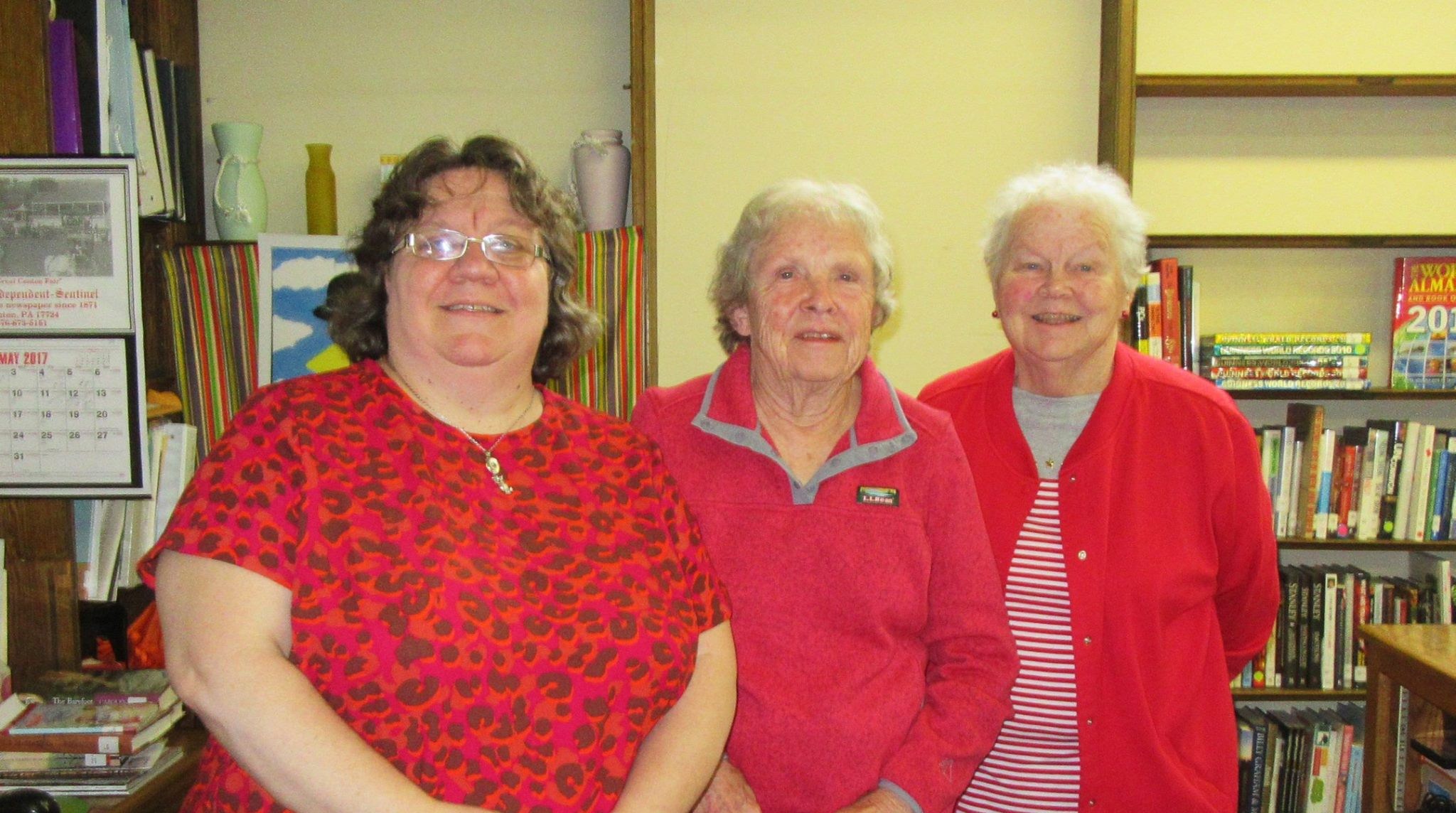 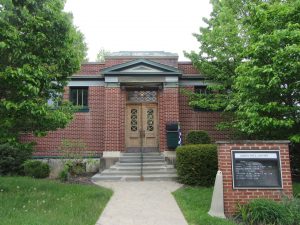 Librarian Cathy Golder (top, left) and board members Mary Campbell (center) and Dona Beers hosted a public meeting of the Bradford County Commissioners on May 11. The library in Canton was built in 1913.

The Green Free Library in Canton is a busy place, so patrons passing through on Thursday were probably not so surprised to find a public meeting of the Bradford County Commissioners underway in the main room.

Board member Mary Campbell told the audience that more than 150 books per day are taken out of the facility on North Center Street. “With community support and investments, we have a large number of card holders,” Campbell remarked.

The library was constructed in 1913 in the Carnegie style popular in western Pennsylvania at the time, but its benefactor was Charles Green, a logging tycoon from Roaring Branch. His philanthropy also extended to Wellsboro in Tioga County, where there is another Green Library and the Green Home.

“We share a couple programs with the Bradford County Library System, and we are also lucky to have some funding from the Canton Nursing Foundation,” said librarian Cathy Golder.

The full schedule has yet to be uploaded to www.cantonlibrary.org, but Holder was happy to hint at some of the featured programs.

Science Tellers, a group from New Jersey that tell a story while they perform a science experiment will take place at the end of June.

Dan Rhodes from Bradford County Conservation District will talk with youths about building habitat, taking care of the earth, and the importance of recycling.

Children will have an opportunity to create their own pop art with recycled items under the guidance of visiting artist Michael Albert from New York.

Singer KJ from Lycoming County will make an appearance, and a ventriloquist will visit toward the end of the summer.

In addition to programming schedules, the library’s full catalog of books and DVDs is on the website. Other internet features include eBranch2Go, Learning Express, Mango Languages, and Ask a Librarian.

Readers with questions may contact the library at 570-673-5744 or by email at greenfre@frontiernet.net.