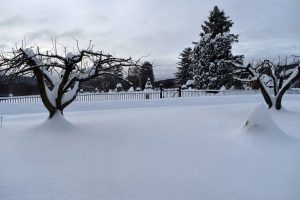 It’s hard to deny the beauty of a fresh snowfall. While most of us in the Endless Mountains received more snow than forecasters predicted, Susquehanna and Bradford counties were especially hard hit with more than 30 inches reported in some areas like Towanda, where these photos were snapped this morning in the area of Riverside Cemetery. 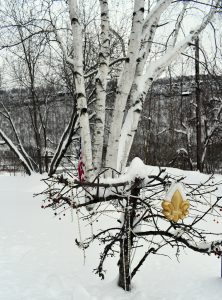 Photos by Marguerite Fox-Picou and Weather Synopsis by Rick Hiduk

The piles of new snow will go nowhere fast as the coldest temperatures of the season pull in behind the storm. The best news is that winds should remain light, which will limit drifting.

A gradual warm-up will put us near 40 again by next week, and some long-term forecasts suggest that we might get some snow on Christmas day.