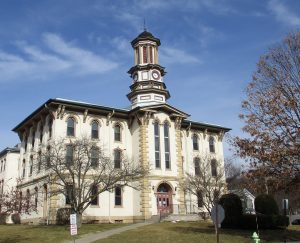 The Wyoming County Commissioners announced that they are getting closer to assigning American Recovery Plan (ARP) funds to a variety of projects as the instructions as to how the money can be used becomes clearer to them. They’ve been participating in virtual sessions through which they’ve learned that the formulas for eligibility have been simplified – especially a stricter version that assumed a four-percent annual growth for businesses, organizations and municipalities, while some entities continue to lose money.

One of those is Wyoming County Special Needs (WCSN), represented at the March 15 public meeting by director Jackie Simmons.

The agency is designed to provide services for individuals with mental health, intellectual disabilities and autism, but was unable to do so from the onset of the pandemic. Taking clients shopping or to community activities are among the services rendered for which the WCSN can bill for income. Though CDC guidelines have been eased and restrictions reduced or lifted, the WCSN is only back to about 60-percent of its pre-pandemic operations.

“When there is illness or a lack of safe activities and our folks don’t go out, then there is no income,” Simmons related. “We are still in Covid times. We are not looking for anything new. We’re looking to recover our losses.” Insurances and other bills had to paid during the pandemic, despite the fact that the agency was unable to help its clients. Simmons has already submitted an application for funding and asked the commissioners when they would start to release some of the $5-million earmarked to the county.

“There is no timeline,” commissioner chair Rick Wilbur responded. “We have five years to spend it.”

“We’ve gathered information from all the different places that have asked for it,” commissioner Tom Henry remarked, noting that the needs specified vary greatly. “It seems like a lot of money, but we want to be sure that we get it right.”

Simmons acknowledged their concerns but told the commissioners that some agencies like WCSN might not survive the wait. “We’ve got to get recovery for the people who are going through it,” she stated.

The commissioners talked abut two different initiatives that were in the discussion stage prior to the pandemic that they’ve been able to revisit and on which they hope to make new progress. One involves improving the outcome of inmates upon their release from prison and the other focuses on providing relief for full-time caregivers of the elderly.

On the latter, the commissioners have been talking with Ed Patchkowski, a former county employee, about implementing an adult day care program in the county.

“Their work is 24/7. A program like this could get them out for a short period of time to go shopping or take a break,” Wilbur said of such caretakers. “It would also provide the senior a chance to socialize with someone else, which is also important.” As they move forward with the discussions, Wilbur suggested that the county might look for some grants to support the program.

The commissioners have also heard from a representative of AlzheimerSupport.com about the possibility of forming an Alzheimer support group locally. They hope to meet with members of the organization in the coming weeks.

On the prison front, the commissioners have been taking part in “reentry” webinars as follow-ups to meetings with those in the county judicial system and agencies like PathStone that provide programs. “We’re trying to reduce recidivism by helping inmates become active members of society more quickly,” Wilbur stated.

“The prisoners face an awful uphill battle when they come out of jail,” said commissioner Ernie King. “They lose the support systems that they had when they were in jail.”

“A lot of the problem is that they don’t have a job,” Wilbur added. “How can they get anywhere without a job?”

Commissioner Henry said that the county has applied for a federal grant in cooperation with Susquehanna County and Denise Traver of PathStone that has been approved. He said that details would be coming down in the afternoon. The programs would engage inmates several months before their scheduled release.

“The judge (Shurtleff) is on board with us on this,” Wilbur maintained. “This is a way for us to keep the prison from being a revolving door.”

A memo was released to all department heads in Wyoming County today with updated directives concerning use of county-owned or -leased vehicles by county employees. “Fuel us costing us dramatically more than it was a year ago, and we must make every effort to conserve fuel and use company vehicles wisely to reduce fuel usage as much as possible,” the memo reads.

Guidelines include combining trips whenever possible, not taking county vehicles home except in an emergency or because of extenuating circumstances, not using county vehicles to go to lunch or for any personal reasons, prioritizing use of vehicles with better fuel efficiency, and driving sensibly. “Needless to say, we have larger vehicles that use more gas,” Wilbur stated. “We’re urging them to not take one of the gas guzzlers.”

The commissioner received a letter from a fifth-grader from Ardmore in southeastern Pennsylvania who had selected Wyoming County as the focus of a class project. After researching numerous counties, Wilbur noted, “We were chosen because of our Indian and pioneer heritage.”

Henry noted that, when students elsewhere have focused on Wyoming County as a class project, they often send a copy of their presentation to the commissioners. The Ardmore students are currently seeking artifacts of a historical nature, which the commissioners will forward to them.

The commissioners are working with the Union to buy back some contracts, primarily in the county’s probation department since the number of people under observation is currently down. The details should be finalized within a few days.

A new deputy clerk has been tentatively selected. The candidate was one of four interviewed for the job over the past month and comes to office with a four-year finance degree and ample experience. Though she has excepted the job verbally and submitted her resignation to her current employer, the commissioners did not want to release her name yet.

They agreed that two other candidates had similar credentials but the one they chose had the most experience. They’ve encouraged the other two to stay in touch in the event that their expertise would match future job openings.

Meanwhile, the application window is currently open for those interested in the 911 director job in the wake of Gene Dziak’s retirement. Applications will be received through the end of March, unless the commissioners don’t feel they have enough qualified people to interview, in which case they may extend the deadline.

The commissioners approved an annual letter of support for the Endless Mountains Heritage Region to submit with the EMHR’s grant application to the PA DCNR under the Community Conservation Partnerships Program. Since 1998, it was noted, the EMHR has distributed more than $500,000 in DCNR funding back to Wyoming County for heritage-related projects.