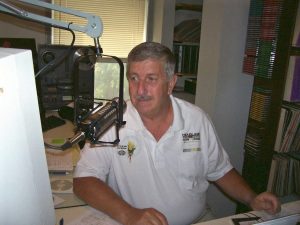 Pennsylvania ag broadcaster Dave Williams, who once served as state director of the Farm Bureau, representing counties in the northeast, including Pike, Wayne, Lackawanna, Susquehanna and Wyoming counties, has been honored for his years of dedication to telling stories from the PA Farm Show .

Agricultural broadcaster Dave Williams has been a fixture at the Pennsylvania Farm Show for more than 20 years, interviewing ag officials, producers of ag products, and youths involved with FFA and 4-H. While the Farm Show was limited this year to virtual events, Dave unintentionally found himself to be the star of the show when he was awarded the Gerald W. Reichard Impact Award.

Reichard was a veteran and high school ag instructor who devoted countless volunteer hours to the PA Farm Show, serving as the Farm Show Floor Manager for many years before he passed away in 2016. Dave is the fifth recipient of the award, which acknowledges his willingness to continuously contribute his time and passion for the Farm Show and his unending dedication to telling a good story.

Dave’s connection to ag broadcasting began with a short radio show on Sunday mornings with the PA Farm Bureau. The show took off quickly, Dave told us. Listenership of his interviews grew from 5,000 to 30,000 people. The show is now one of several that he produces that run on 30 radio and TV stations, reaching 2 million people per week.

His career got a boost when the PA Farm Bureau selected him to attend a National Farm Bureau convention in North Carolina. There he had an opportunity to meet and interview Orion Samuelson, founder of The American Farm Report, whom Dave regards as the “dean of agriculture broadcasting.”

Dave apparently made a good impression on the Broadcasting Hall of Fame inductee. “When we got done, Orion said, ‘You need to be a National Farm Bureau broadcaster,’” Dave recalls. “He signed me up that day.” Dave also became a state director of the Farm Bureau, representing counties in the northeast, including Pike, Wayne, Lackawanna, Susquehanna and Wyoming counties. Dave has a Century Farm in Cherry Ridge, Wayne County.

Dave’s radio show grew even more, and his next big break came about 16 years ago at the Pennsylvania Farm Show when Penn State University discontinued their radio broadcasts from the Farm Show Complex in Harrisburg due to budget shortfalls.

“The Farm Show director asked me if I would be interested in recording segments for the PA Radio Network,” says Dave. “I had already had shows on there. But now we were doing 3-minute clips six times per day on 1,200 stations all over the country.”

In addition to the opportunity to promote agriculture, Dave gets excited about the Farm Show each year, knowing that he is going to see old friends and meet new and exciting people, including some from other states and countries who are aware of him through his broadcasts. He especially enjoys highlighting FFA and 4-H youths, their exhibits and showmanship, and how they get along and support each other.

“Even the workers at the farm show are so accommodating to people,” says Dave. “There’s so many people that you become friends with. A lot of people don’t realize that the PA Farm Show is the biggest indoor farm show in the world.”

“Dave is a staple of the Farm Show,” Chris Hoffman, VP of the PA Farm Bureau, tells us. Elected officials and others who know of Dave’s professionalism and audience base make sure to find Dave’s booth where he records interviews throughout the week. “They know that he is always willing to give them a voice and let them tell their story.”

Fellow Wayne Countians are also happy to learn that Dave was honored for his dedication to agriculture promotion. “He’s always been great about getting the word out about farmers and pushing legislation that will help them,” says Wayne County commissioner Brian Smith. “He understands the work ethic and the importance of people staying on their farms and laboring long hours to keep food on our tables.”

“I’m very inspired by his creativity and the different types of stories he covers,” adds Mary Beth Wood, executive director of the Wayne Economic Development Corporation (WEDCO). “He opens our eyes to the breadth of agriculture. There’s so much more to it when you factor in technology, the work force and just the culture of an agricultural community.”

Brian also credits Dave as the driving force at getting FFA back into the local high school curriculum after a more than 30-year hiatus, noting, “He’s very community minded and recognizes that the farming community is part of our heritage and culture around here.”

“It’s an honor to see him get this award because he works tirelessly to promote ag and be the voice of ag,” Chris notes. “We don’t have many people in the media realm to do that for us. I think he has a great vision of where he wants to go, and he is making an impact with his radio and TV show. It’s an honor to work with him.”