By: Rick Hiduk
In: Disaster Relief
With: 2 Comments 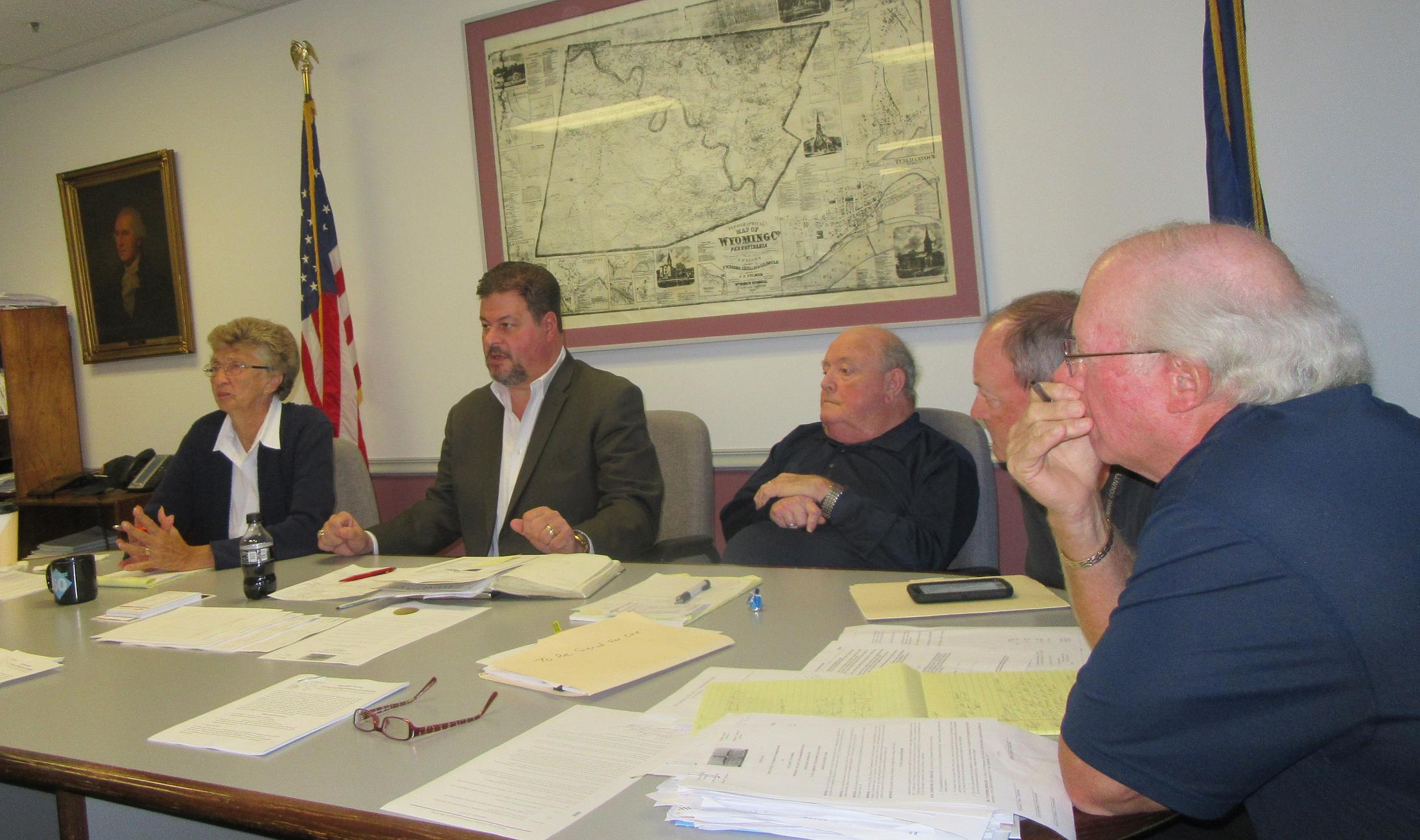 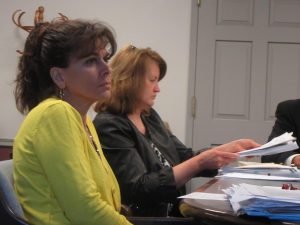 The Wyoming County Commissioners (top) held a public meeting with Housing and Redevelopment Authority representatives Lisa Hahn (above, right) and Danielle Powell on Oct. 3, at which they moved funds formerly earmarked for flood victims to a low-income housing construction project.

A long battle over flood relief between Wyoming County residents, county EMA, the commissioners and the Housing and Redevelopment Authority (HRA) all but came to an end today when the commissioners voted 2 to 1 in favor of transferring approximately $500,000 in unused DCED disaster relief funds to further the construction of low-income housing in Nicholson. The only party truly satisfied with the decision was the Housing Authority, representatives of which came to the table much better prepared to plead their case than at previous meetings.

The money in question was allotted to the Housing Authority in 2016 as a compromise to the agency’s request for $1.2 million. As per the original application, $500,000 could have been used to assist eligible flooded property owners in a variety of ways. $500,000 was earmarked for new construction, $120,000 for down payment assistance on low-income housing, and the rest for administrative fees. The Housing Authority was granted less than 50 percent of the requested amount, receiving $500,000.

According to HRA grants administrator Lisa Hahn, the half million dollars is part of a larger pool of state money that has to be used for low- to moderate-income residents, regardless of how it is spent. Therefore, the HRA is working within state guidelines by requesting that the grant money be transferred to the construction of new low-income housing, which was also part of the original application.

“The CDBG program was established to address socioeconomic conditions in municipalities, including blight,” Hahn explained. “All the money comes from HUD, and the criteria must meet national objectives for that program.”

While the time line of when the funds became available, who if anybody was told that they were available, and how they might have otherwise have been allocated seemed clear only to Hahn and her associate, any criteria in question was valid only as of today’s date, she explained. In other words, the status of homeowners at the time of the 2011 flooding was no longer relevant. DCED wants an answer from the county by Friday, so Hahn needed approval today, she told the commissioners, who were considering tabling their vote once again.

Commissioners Judy Mead, Tom Henry, and Ron Williams shook their heads in apparent disbelief that their hands were tied and that there wasn’t still some way that a portion of the funds could be used for residents like Louise Kline, who has persistently poked holes in the the methodology of state and federal agencies as to the manner in which eligibility is determined eligibility and how disaster relief funding is allocated.”

“I believe that this agency has done due diligence to try to use this money and get it out to the people who need it,” Hahn told Kline. “I do my job very well, and I feel bad that I’m being attacked.”

Reluctantly, Mead made the motion to transfer the funds as per Hahn’s urging, describing her understanding of the request as a “use it or lose it” scenario. “We have to abide by it,” Mead stated, while vowing that the county will continue to look for other ways to help flood victims, as well as to mitigate the potential of future flooding.

Henry followed, saying, “If there is no way possible that any of these fine people qualify for this money, then I will also vote ‘yes.’”

Williams was the last to speak on the matter, but his sentiment seemed to resonate with his fellow board members. “My ‘no’ vote is not against low income people,” he remarked. “It is for fairness. There needs to be some fairness to this process.”

The final decision nor the conversation that led to it sat well with Kling, who maintains that she was lied to from the start and that following the instructions given to her by state and local authorities has left her with a still-damaged house with a reduced market value and no where else to turn. Had she been kept apprised of the grants that have come and gone and the widely varying criteria, Kline insisted, she could have made more informed decisions and not be told after years of waiting that she was ineligible at every level. She accused the commissioners of rubber stamping grant opportunities that have moved across their desks without taking the time to understand them.

“There have been several grants,” Henry replied. “We try for everything that we can get to help our citizens.”

The commissioners held onto their claim form their previous public meeting that they were unaware of the $500,000 on the table today until they were asked to move it to another project. Hahn insisted that there have been two public meetings for every source of funding applied for and discussed, though the traditional means of advertising those meetings solely via a classified ad in one local paper again drew scrutiny.

“I agree that perhaps, whenever a grant comes up, we should discuss it more,” Mead stated.

Ray of Hope for Others 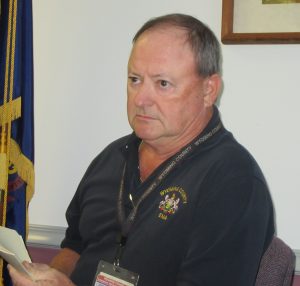 Wyoming County EMA director Gene Dziak (above) personally apologized to Kling, as did Hahn. Dziak in particular assured the Forkston resident that he had pursued every avenue he could find to help her. In Kling’s case, both her income level and her municipality’s assessment that she was not technically in a flood plain worked against her.

It was of no consolation to her that, in the course of his efforts, Dziak had just filled out a application for a $976,000 Hazard Mitigation Grant through FEMA.

“We were sent six addresses and invited to submit applications for those six homes,” Dziak explained, noting that he will be taking the necessary paperwork to Harrisburg tomorrow to support the application. They include two homes in Eaton Township, one in Falls Township, two in Forkston Township, and one in Tunkhannock borough. Each is considered to be in a “high hazard” flood zone. Ironically, he noted, the money is left over from Hurricane Sandy which pretty much spared Wyoming County.

“We declared (a disaster) even though we were not affected,” Dziak explained. “We’re fortunate. The money did not have to come to Wyoming County at all.” 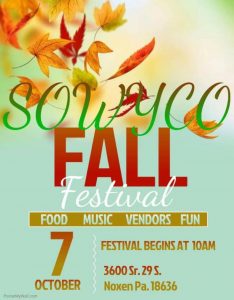