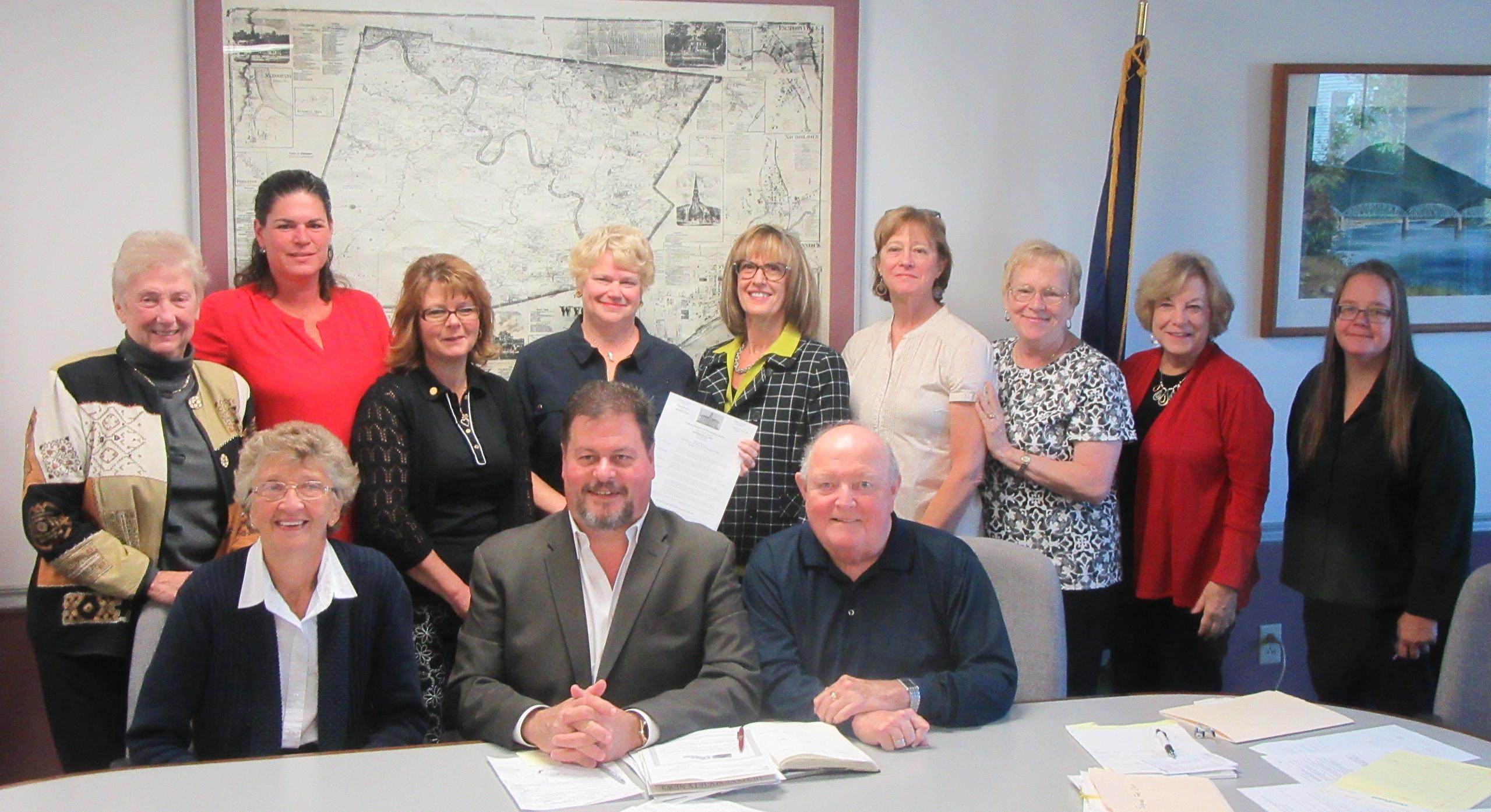 The business of the Oct. 3 meeting of the Wyoming County Commissioners was conducted in and around a public meeting of the county’s Housing & Redevelopment Authority. (Read more here: http://www.endlessmtnlifestyles.com/?p=8672) Equally important was the approval by the state’s department of human services of Wyoming County’s 2017-18 Human Services Plan and the proclamation of National Business Women’s Week.

It was announced in May that county Human Services director Mike Donahue had successfully applied for a $1.4 million block grant, giving hope to social workers and those who rely on the services offered by the department who had long felt that Wyoming County was getting the short end of the stick through its partnership with Luzerne County.

Donahue was hired from Luzerne County in January to consolidate a variety of departments and initiatives that fall under the human services umbrella, including mental health, drug treatment, housing, and programs for persons with intellectual disabilities. Funds that used to be part of a shared pot will now come directly to Wyoming County and be used at the county’s discretion.

Wyoming County will continue to work with Luzerne County, but Donahue will manage the money for these services, look at existing services, and expand them based on the county’s needs. Substance abuse and mental health services were among his chief concerns when seeking the funding change.

New Names in the News

The commissioners announced the hiring of Howard Heise as a Children and Youth Services administrator and Benjamin Seibert as a part time corrections office at the prison. Tunkhannock High School student Reanne Carpenter has been appointed to an advisory position on the Luzerne/Wyoming County Drug & Alcohol Board. 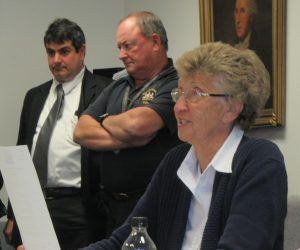 Despite the progress made by women in the business world, members on hand noted that the federal government has yet to officially acknowledge that “all men and women” were created equal.

“I don’t believe that we need signed legislation,” said Mead, who has never been one to separate herself from her colleagues on the basis of gender. She politely argued that she has always believed that the founding fathers were using the word “men” in a gender-neutral sense (as was the case in most languages of the day) and that she has always felt that women are equal to their male counterparts. 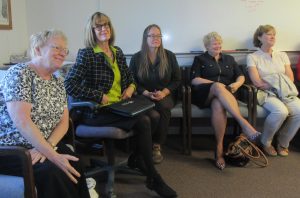 The biggest challenge faced by the TBPW, who annually select a local “Woman of the Year,” distribute scholarships, donate to area agencies, and conduct a blood drive, is maintaining a separate identity from the Tunkhannock Business & Professionals Association.

“Though we share similar interests,” said TBPW president Janet Roeber, “We are a totally separate organization.” TBPW meets on the second Monday of each month from September to June at the Tunkhannock Moose Lodge. For more information, interested readers may contact Roeber at 570-746-4050.