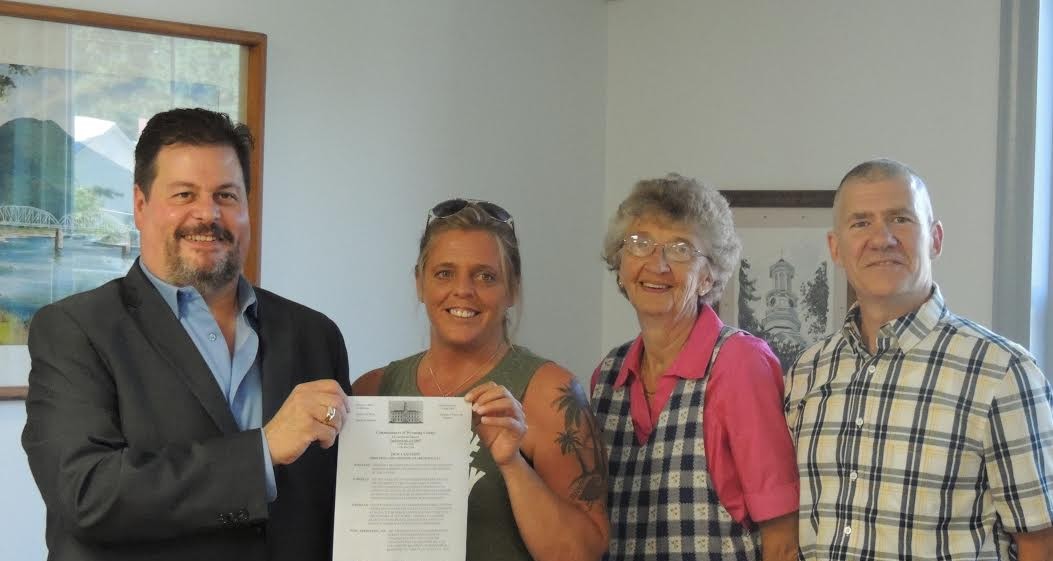 Wyoming County Commissioners Tom Henry (left) and Judy Mead (second from right) read a proclamation at their regular July 12 meeting acknowledging Addiction and Overdose Awareness Day in Wyoming County and inviting citizens to attend an awareness rally planned for Aug. 11 on Courthouse Square in Tunkhannock. Not One More-Wyoming County, the organization coordinating the rally was represented at the meeting by Lizz DeWolfe (second from left) and Rick Hiduk (far right.) The committee met with the commissioners after the meeting to work on the logistics of the event, which is expected to draw hundreds of people.

Not One More–Wyoming County members took a big step forward on July 12 with plans for the Wyoming County Addiction and Overdose Awareness Rally planned for Thursday, Aug. 11. By moving their meeting from the usual Wyoming County EMA Center venue to the Wyoming County Courthouse, event coordinators were able to speak directly with the County Commissioners, who endorsed the event via proclamation during a public meeting earlier that morning.

Rally organizer Lizz DeWolfe reported that the group has thus far achieved slightly more than 75 percent of its $4,000 fundraising goal for the event. The donations will be used to cover the cost of promotional materials and other items needed to successfully accommodate a dozen program participants and a crowd expected to reach 300 or more people. The rally is scheduled to begin at 5 pm on Aug. 11 and conclude with a candlelight vigil around 8 pm.

Ten members of the community who have dealt with addiction and overdoses from a variety of perspectives will speak at the event, beginning at 6 pm. These will include public officials, recovering addicts, and people who have lost family members to addiction. At least 30 organizations that offer drug counseling, treatment, and recovery resources will be set up around the courthouse.

The overall themes of the awareness rally are “hope” and “recovery,” so the event is designed to be family-friendly with balloons and face painting for children and other interactive displays for attendees who want to know what is being done to curb the addiction epidemic. Wyoming County EMS plans Narcan exhibits at their information booth, and children can get a closeup look at ambulances and other first response apparatus.

After the meeting with Wyoming County commissioners Judy Mead and Tom Henry, committee members met with other officials in the courthouse and walked the grounds to make notes about logistics such as electrical outlets and placement of tents and port-o-lavs. 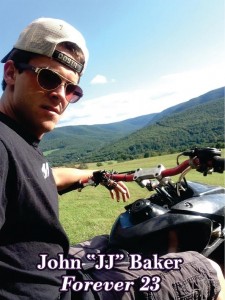