By: Rick Hiduk
In: Gene Yaw
With: 0 Comments 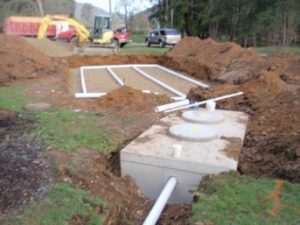 Legislation amending Act 537, the PA Sewage Facilities Act, to allow for the expanded use of alternate on-lot sewage systems for planning purposes throughout the Commonwealth was signed into law on Friday, according to prime sponsor Sen. Gene Yaw (23rd dsitrict).

Senate Bill 1030, now Act 34 of 2020, will streamline the process by which innovative, effective and better treatment technologies are used and made available to Pennsylvania residents and businesses.  Alternate systems are currently utilized in other states and are academically tested pursuant to 25 PA Code Section 73.71.

“I’m very happy Governor Wolf signed this bill into law,” Senator Yaw said today.  “Allowing for alternate on-lot systems in the planning process would widen the area to which development can take place and save valuable acreage that could otherwise be used for agriculture or other purposes.  Undoubtedly, it will improve water quality in streams and rivers by using systems that have a proven performance record, and, in many cases, are superior to some conventional systems.”

“Act 34 is a major step forward for rural communities across Pennsylvania, where growth, at times, has been slowed by outdated state laws,” said David M. Sanko, executive director of the Pennsylvania State Association of Township Supervisors.

“Our thanks goes to Sen. Yaw, who through his leadership ushered in this much-needed change, which provides options and flexibility where none existed for municipalities and their residents. I’d also like to thank Gov. Wolf for signing this bill and acknowledging PSATS request to bring onlot sewage management into the 21st century. Act 34 is a win for Pennsylvania, the environment, our communities, and landowners.”

“I praise Governor Wolf for signing this bill,” said Laurel F. Mueller, Certified Professional Soil Scientist and President of Soil Services Company, Inc. based in Forksville, Sullivan County.  “The reason Act 34 became necessary was Act 537 of 1966 has been stuck in the dark ages.  Chapters 71 (Planning), 72 (Permitting) and 73 (Standards for Onlot Systems) are based on this antiquated law.  In more than half a century, water treatment technology has advanced beyond concrete, sand, and gravel, and chlorine.  The advent of the internet enabled DEP to post new technology listings with current specifications.  Act 34 resolves how each DEP region, and every DEP staffing change, was generating unwritten inconsistent protocols for how to handle alternate systems in land development.  For the future of decentralized wastewater treatment, where sewers will never reach, it is now time for Pennsylvanians to demand a new Act 537.”

The law takes effect in 60 days. 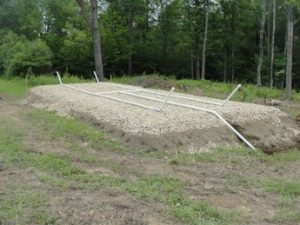