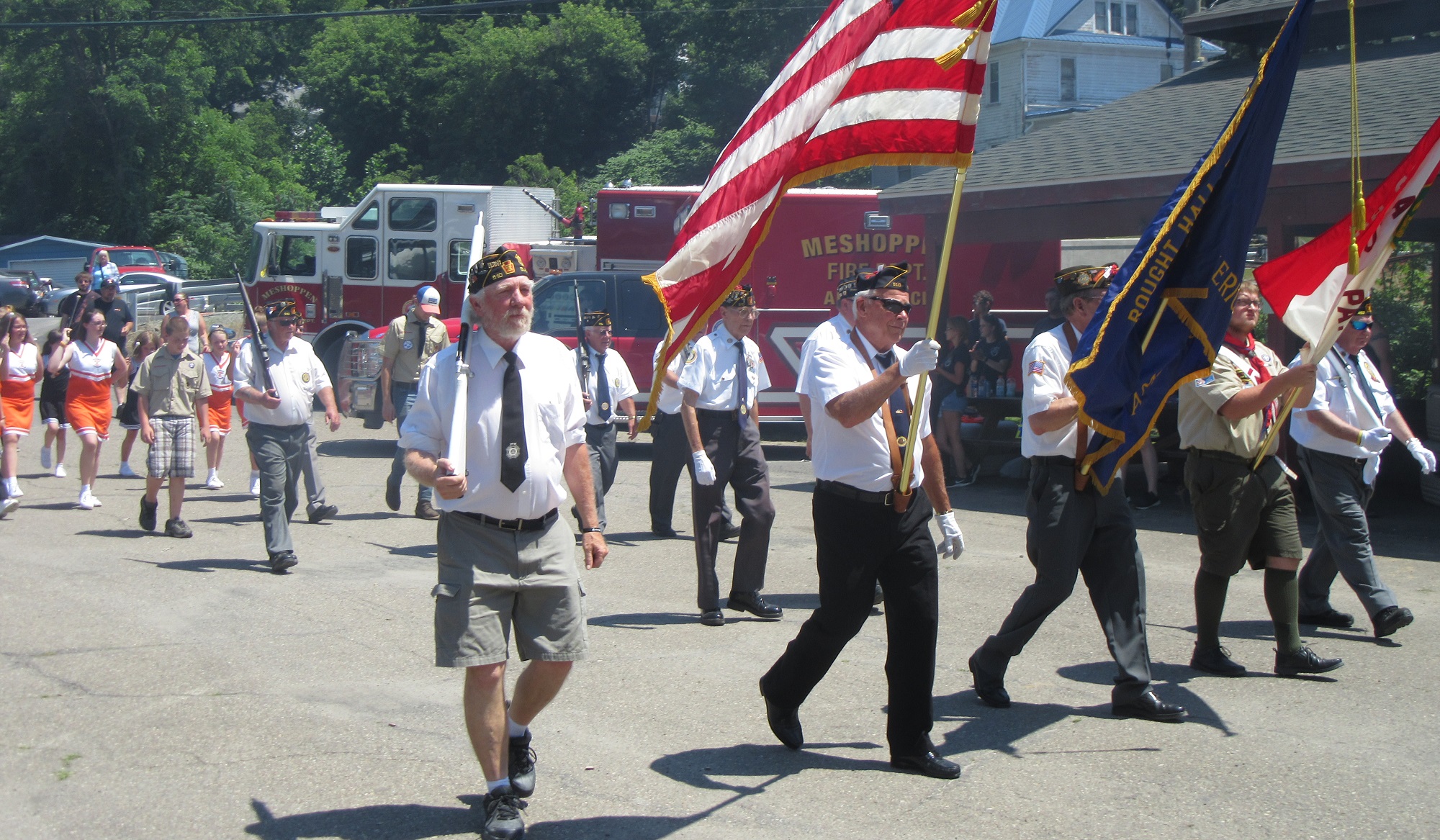 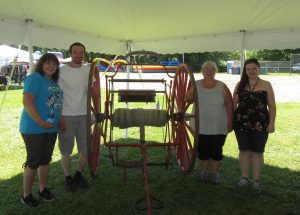 With members of Auburn Township Boy Scout Troop 88 and T-Town Twirlers among their ranks, American Legion Post 510 members from Black Walnut (top) led the color guard unit into Meshoppen Community Park for the veterans memorial service that was widely appreciated by patrons of Meshoppen Community Day on June 30. Flanking one of the pieces of antique fire company apparatus on display are (above, from left) Community Day organizer Cindy Cona and volunteers Jason Cona, Debbie Force, and Christina Green.

Hundreds braved the excessive heat on Saturday to enjoy the activities and exhibits at the third annual Meshoppen Community Day. No doubt the soaring temperatures played a large part in the popularity of the veteran’s tribute, during which spectators sought the shelter of the large pavilion in Meshoppen Community Park, and the Hyrdo-Blaster, a water balloon game that provided youths with a much-needed soaking.

Highlights of the veterans memorial program included Earl Williams’ playing of Taps on his trumpet, Travis Tewksbury’s crisp rendition of the national anthem, and the entire audience singing along with Lee Greenwood’s recording of “God Bless the USA.”

Primary event organizer Cindy Cona was especially impressed by the performances of some of the younger musicians, including Logan Route, members of Greater Revival and Tewskbury, who made singing the challenging national anthem seem easy.

In addition to ongoing live entertainment, members of the T-Town Twirlers provided entertainment after the veteran’s salute, with a variety of numbers showcasing the talents of various age groups and the whole squad. Cona expressed appreciation to the contributions of Marge Walters to the event, which included providing a list of area veterans and historical photos and information about the town.

Proceeds from the event will go into a fund from which Cona can now start to order new playground equipment for the park. Though attendance and vendor participation were surely affected by the heat, Cona and her crew are already looking forward to next year.

“We are open to suggestions that the public would like to see there,” she stated. “We would also like to see more of our local businesses and community members get involved with the event.” 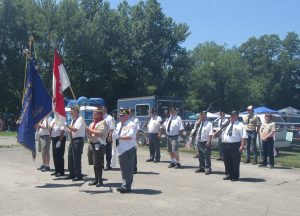 The color guard stands at attention for the singing of the National Anthem. 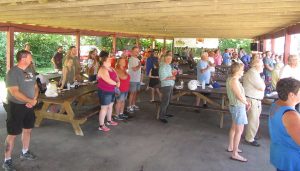 The pavilion provided shelter from the blazing sun and plenty of room for the audience watching the veterans salute and performances by the T-Town Twirlers. 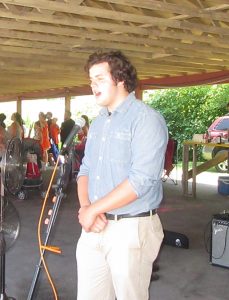 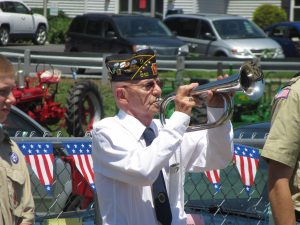 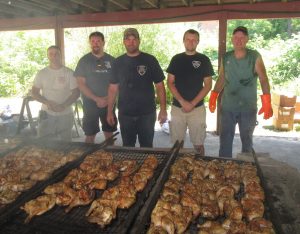 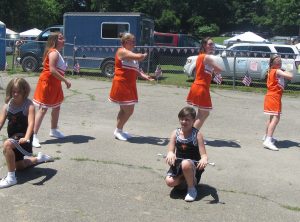 One of many routines performed by the T-Town Twirlers on Saturday. 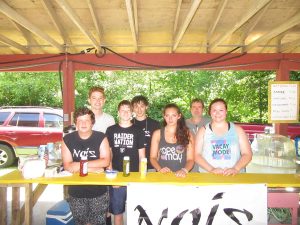 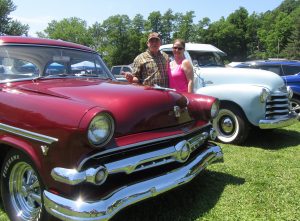 After their morning performance, Farm Dog Duo members Bruce Stankus (left) and Carrie Askew check out some of the classic cars on display. 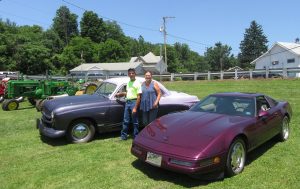 Meshoppen residents Tom and Michelle Marshall get a closer look at two classic vehicles brought to Community Day by Dick Salsman (not pictured). 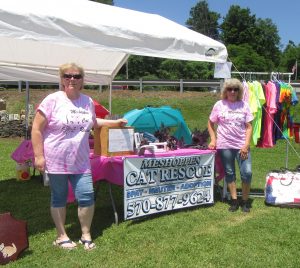 Cristie Gacha (left) and Paula Caines sold a variety of items on Community Day to raise funds for and bring awareness to Meshoppen Cat Rescue. 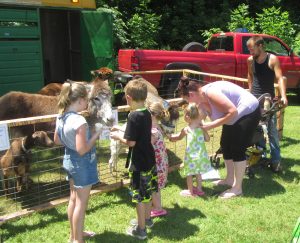 It was hard to tell whether the rescue animals brought to Community Day by Endless Dreams or the children who fed them were more anxious to get to know each other. 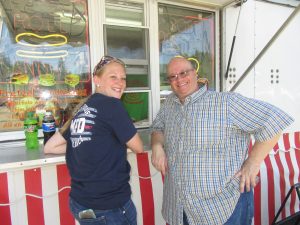 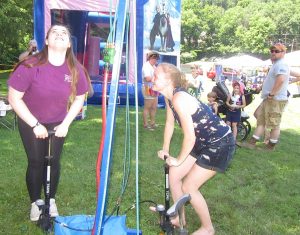 Wondering who will burst the other’s water balloon first are (from left) Haley Burd and Brianna Smith, both of Meshoppen.