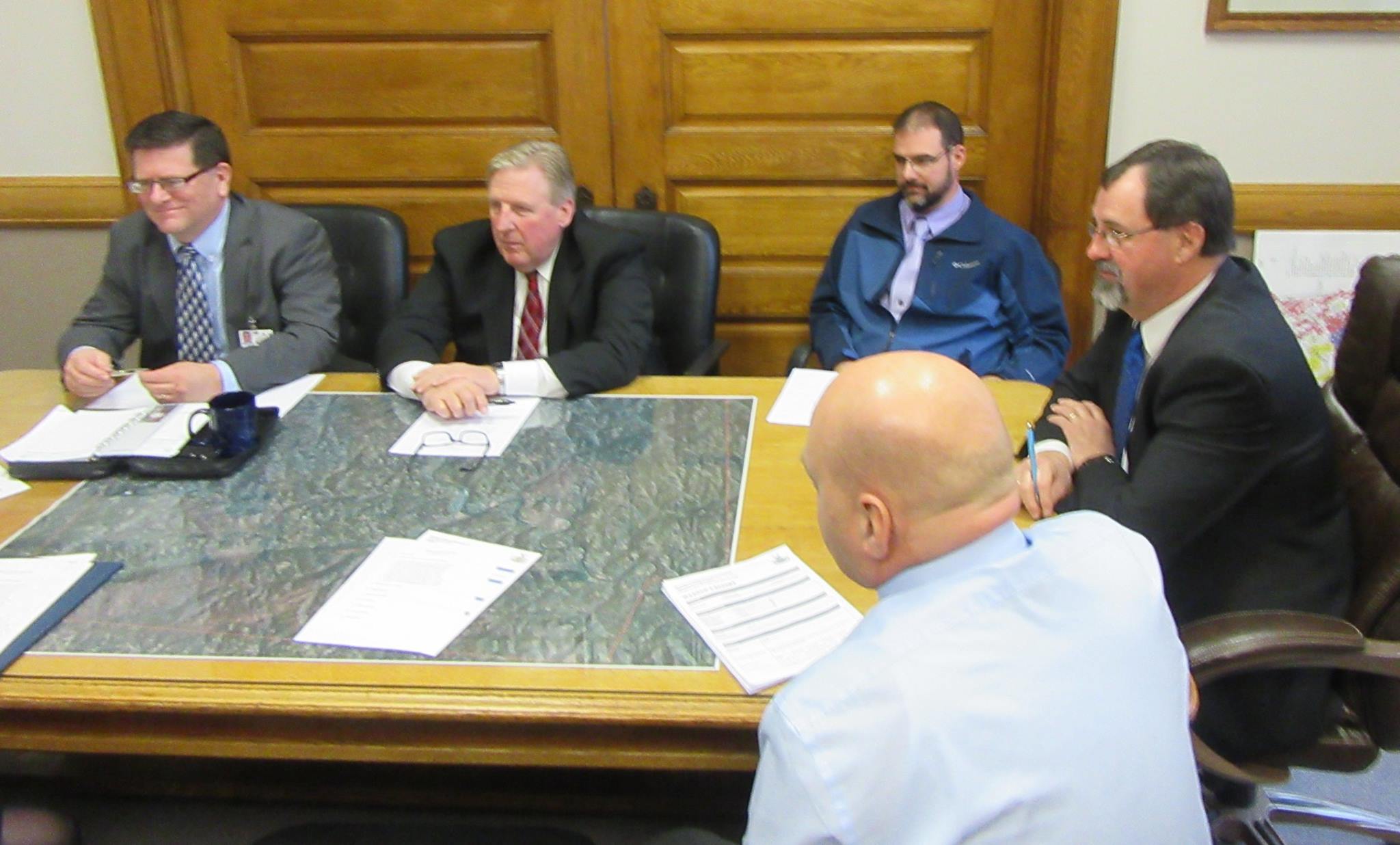 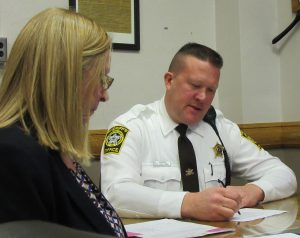 Members of the Bradford County Prison Board (top, clockwise, from left) Commissioners Ed Bustin and Doug McLinko, Deputy Warden Pete Quattrini, Commissioner Daryl Miller, and Warden Don Stewart and (above, from left) President Judge Maureen Beirne and Sheriff C.J. Walters met in Towanda on Thursday. As part of an annual reorganization, Walters was reappointed as chair person for the meetings and McLinko as vice chair person.

There are currently 172 prisoners at the Bradford County Correctional Facility in Burlington, and 98 on supervised bail. Of the latter, 54 were criminal cases and 42 were proposed by the Domestic Relations Office.

Warden Don Stewart reported that there were four “extraordinary occurrences.” Female prisoners J. McGowan and C. Brassfield were placed in maximum security for fighting on Dec. 20. An inmate was sent to Towanda Memorial Hospital On Dec. 17 for a dislocated finger and, on Jan. 5, a female prisoner was taken to Troy Hospital because she purposely pulled stitches out of her own arm. One PREA (Prison Rape Elimination Act) complaint was filed with State Police on Dec. 14 due to two prisoners harassing each other.

Not on the extraordinary occurrences list but especially perplexing to Stewart and his staff was how to prevent contact between victims of domestic violence and those charged for it.

“If a victim of domestic (violence) doesn’t file a PFA, we have no restrictions of them being contacted by the people in our facility,” said Stewart.

The incident that brought the situation to light was a visit by a victim of domestic violence to the correctional facility to see her attacker. Prison officials contacted the county’s Victims Services office and were told that the woman should not be there.

While it is often a condition of release that a former inmate cannot have contact with the victim, Stewart related, there is no policy in place to prevent such contact in the course of incarceration. An exception is when a district justice specifies “no contact” on the commitment order.

The problem often stems from the victim’s own desire for such contact.

President Judge Maureen Beirne shared Stewart’s concerns, noting that such contact is often manipulative, whether verbal or in a letter. Comments like “I love you. Please don’t do this to me. I will never hurt you again. We’ll be so happy together” are often employed to get the victim to drop charges or not testify against their attackers.

Stewart added that, with so many similar cases leading to imprisonment, his staff is often unaware of all of the victims and who they don’t want to be contacted by. Other than asking the district justices to routinely specify “no contact” on commitment orders, Stewart wondered if something could be done judicially. 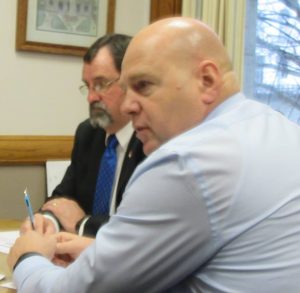 “I think we should have a clear policy,” he stated.

Sheriff C.J. Walters suggested that Stewart check with other counties and the state to find out how the situation is handled elsewhere. The topic was tabled until the next meeting on Feb. 9, which will be held at the correctional facility.

In other prison news, Stewart offered figures demonstrating that the number of women sentenced to the county prison in recent years has been a big part of a overall growth in population there. 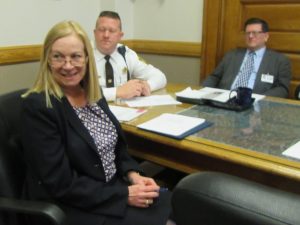