Yellow Means “Caution” to Me, And I Will Proceed as Such 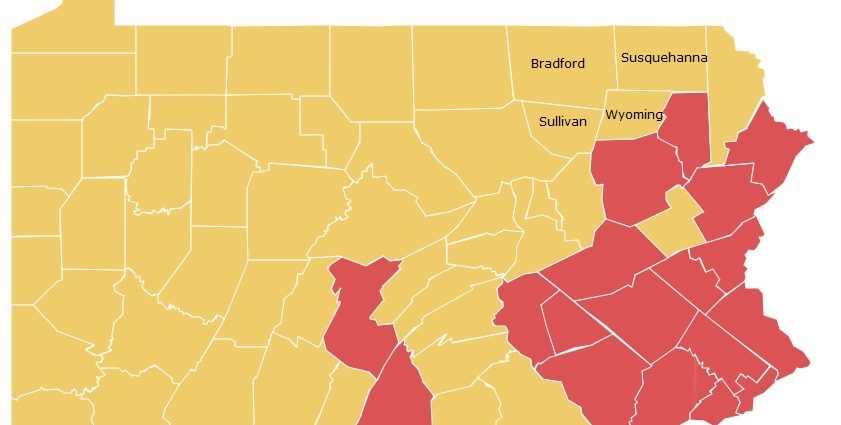 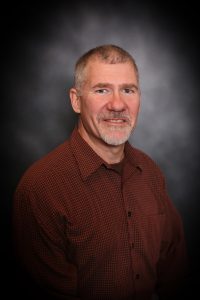 The Endless Mountains region (upper right of map) will be reunited in a sense on Friday, May 22, when more businesses in Wyoming and Susquehanna counties can resume operations. Are we up to the responsibility?

A Facebook meme floating around the last couple of days made me laugh, but there was an underlying truth to it that raised my concerns about how residents of Wyoming and Susquehanna counties will regard the change of COVID-19 status on Friday from Red to Yellow.

“Wolf doesn’t realize that, in Pennsylvania, a yellow light means Floor It!” it read.

OK, punching the gas to get through an intersection when the light turns yellow is certainly not the sole providence of Pennsylvanians any more than is the desire by so many Americans to bring some normalcy back to their lives after this stretch of uncertainty. But the flood of social media statements following the governor’s map modifications last Friday putting Wyoming and Susquehanna counties in the yellow as of May 22 suggested that we had suddenly broken free from a stay-at-home directive that felt more like bondage to some than others.

The legality of Gov. Tom Wolf’s mandates is questionable, and investigations are already underway to determine if he and other governors overstepped their bounds when they felt the federal government was reticent to act. There are lawyers working to modify the channels through which Gov. Wolf moved to make his edicts de facto law if, for no better reason, to ensure that it can’t happen again.

Until then, the governor’s State of Emergency is as real as the coronavirus itself. Blaming the communists for the disease and the Democrats for the economic shutdown does not affect our current reality. Not only were we not set free on Friday, stepping into the yellow zone on May 22 is a process wrought with checks and balances.

Yes. A number of additional businesses will be able to open. But, to believe that this small change will somehow open the flood gates of humanity to shop and dine and recreate as many wish is to set oneself up for a major disappointment. To charge into a newly reopened business with no regard to their adherence to spacing guidelines and mask-wearing would be foolish for a number of reasons.

It might surprise some to know that many business owners and managers are not as eager to have us back as we’d like to believe. In fact, many of them are terrified of the prospect, even though they need income and want to recover the viability of their operations. Disregarding the safety measures that they chose to implement could cause them to shut down again. Or, worse yet, it could increase the infection rate and spin us back into the red zone.

As the shock of the shutdown wore off toward the end of March, I became hopeful that this pandemic would bring us closer together, similar to the way we changed (for awhile) after the 9/11 terrorist attacks. The somber rallying point has become “We’re all in this together.” In itself, that is a more apt phrase than another common refrain, “We are all in the same boat.” My response to a friend who said that to me was, “No. We are all on the same stormy sea. Some people have much better boats. And some boats will sink.”

Though it was apparent from the start that the situation would get worse before it got better, I could never have imagined that a global health crisis would become such a partisan issue that it would further divide an already polarized nation. Because of the constant finger pointing and conflicting information we have received, there are some things about this that we will never know for sure.

We will never know what effect the rallies and protests by residents in these two counties to push for a color change had on the governor. He’s certainly never going to admit that we changed his way of thinking, so there’s no reason for anyone to be patting themselves on the back. Let us be grateful and remain humble.

There are those who were of the school of thought from the beginning that the virus was a hoax, the shutdown mere hype and government overreach, and the safety guidelines a gross disregard of civil liberties. They will point to Pennsylvania’s relatively low infection rates and higher survival rate as proof that this was all much ado about nothing, thereby vindicating their non-compliance.

Those who took seriously the threats that this strange new virus posed to their families – especially the elderly and so many people with underlying health conditions – and followed the governor’s guidelines to a T will likely credit themselves for “flattening the curve.” These two groups will never agree on this issue, and that’s OK.

What’s not OK is usurping the rights of others by flouting personal freedoms.

Though the efficacy of wearing a mask is challenged daily, I think that the majority of people who opt to comply believe that the benefits of wearing a mask in public outweigh the risks. I believe that, though I may not exhibit any symptoms of being sick, I could potentially still be a carrier and that my mask helps to protect others. I put it on as I cross the parking lot before I come into contact with anybody else, and I remove it as I get back into my vehicle.

The fact is that there are very few people who have medical conditions that prevent them from wearing masks. It is more of a question of wearing the correct mask to accommodate the condition, which somehow gets lost in social media posts. Nonetheless, I do feel that the anti-maskers have a right not to wear a mask, as well as stand side-by-side with people they don’t live with if they want to. To do so is a powerful statement that I respect.

My choice to wear a mask is also a statement. My mask signifies my intention to follow the guidelines that are still in place. My mask says that I am doing my best not to pass on any germs to others. It also says, “Please respect my rights and decisions by staying six or more feet away from me.” For an anti-masker to walk up to a person wearing a mask and stand as closely as they would in a barroom and start a casual conversation exhibits a lack of mutual respect.

The same goes for the businesses that many of us will enter this weekend and beyond for the first time in months. For anyone to suggest that store owners and managers be reported to any government agency for refusing to allow someone in their establishment who will not follow the rules of engagement they have posted at their entry is not only disrespectful, it is ludicrous.

Businesses are NOT public places. Nobody deserves special considerations beyond those the store manager will allow. Remember “No Shoes, No Shirt, No Service?” There is nothing different happening when a shop owner posts a sign that reads “Masks are Required for Entry.” Anyone who is offended should simply find someplace else to shop. That person will likely walk away feeling that the business is losing money, while the business owner is likely just as satisfied that there was no confrontation.

We all want to get back together in groups, without fear. But we need to do so methodically. To not take these steps seriously is to jeopardize that process. While it would surely make some people as mad as “murder hornets” if our counties were reclassified as “red,” we will have only ourselves to blame if that happens. Our world is not going to change as much on Friday as many would like to believe. But yellow means “proceed with caution.” Please don’t “Floor It.”