In: Gene Yaw
With: 0 Comments 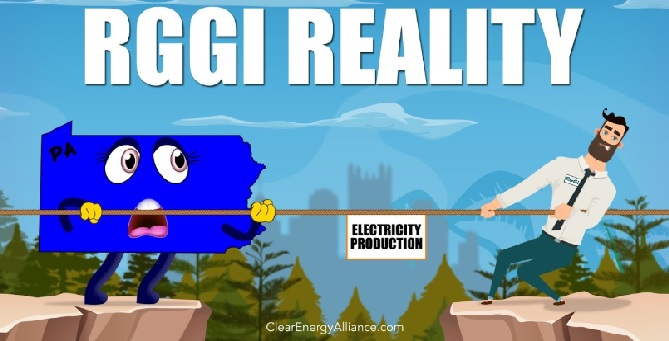 “RGGI is a superficial stab at addressing climate change. The proposal would work fine if we are going to put a bubble over Pennsylvania, but we are not. Pennsylvania has lowered its emissions to a greater extent than what the RGGI states have actually done – and we have done it on our own. According the PJM, difference in the savings with RGGI verses without RGGI is .0089%. We are driving employers out of Pennsylvania for minimal benefits to the environment. Additionally, we will see electric rate increases of 12% to 18%.”

“Energy will not be cheap and will not come from Pennsylvania. In fact, estimates show that 86% of the energy will not be coming from RGGI states. What’s the benefit to Pennsylvania? The benefit to Pennsylvania is nothing. All we have done is create jobs in West Virginia and Ohio. The bottom line is that this is going to cost thousands of Pennsylvania jobs. Whether boilermakers, construction trades or people who work in power plants, these jobs are not going to be replaced with jobs building windmills or solar panels.

The EQB is a 20-member independent board that considers the Department of Environmental Protection’s regulations. It is chaired by the DEP Secretary. The board voted 15-4 to send the proposed regulations to the state’s Independent Regulatory Review Commission (IRCC) for consideration. In February, IRRC called for a one-year moratorium on Governor Wolf’s RGGI implementation and questioned the Governor’s unilateral decision to join the compact without the sign-off from the legislature.

On October 3, 2019, Governor Wolf directed DEP to join RGGI in October 2019. Since then, three panels (the Air Quality Technical Advisory Committee, the Citizens Advisory Council, and the Small Business Compliance Advisory Committee) all have declined to support the rulemaking. Despite these concerns and those raised by Pennsylvania employers and the General Assembly, the Wolf Administration continues to press forward with the plan.

RGGI is a collaboration of Northeast and Mid-Atlantic states.  The states, Connecticut, Delaware, Maine, Maryland, Massachusetts, New Hampshire, New York, Rhode Island, Vermont, and, more recently, New Jersey and Virginia, set a cap on total carbon dioxide (CO2) emissions from electric power generators in their states.  In order to comply, power plants must purchase a credit or “allowance” for each ton of CO2 they emit, which changes every calendar quarter through auctions conducted by RGGI, Inc. In effect, those named states would dictate significant requirements affecting Pennsylvania’s economy and environment.