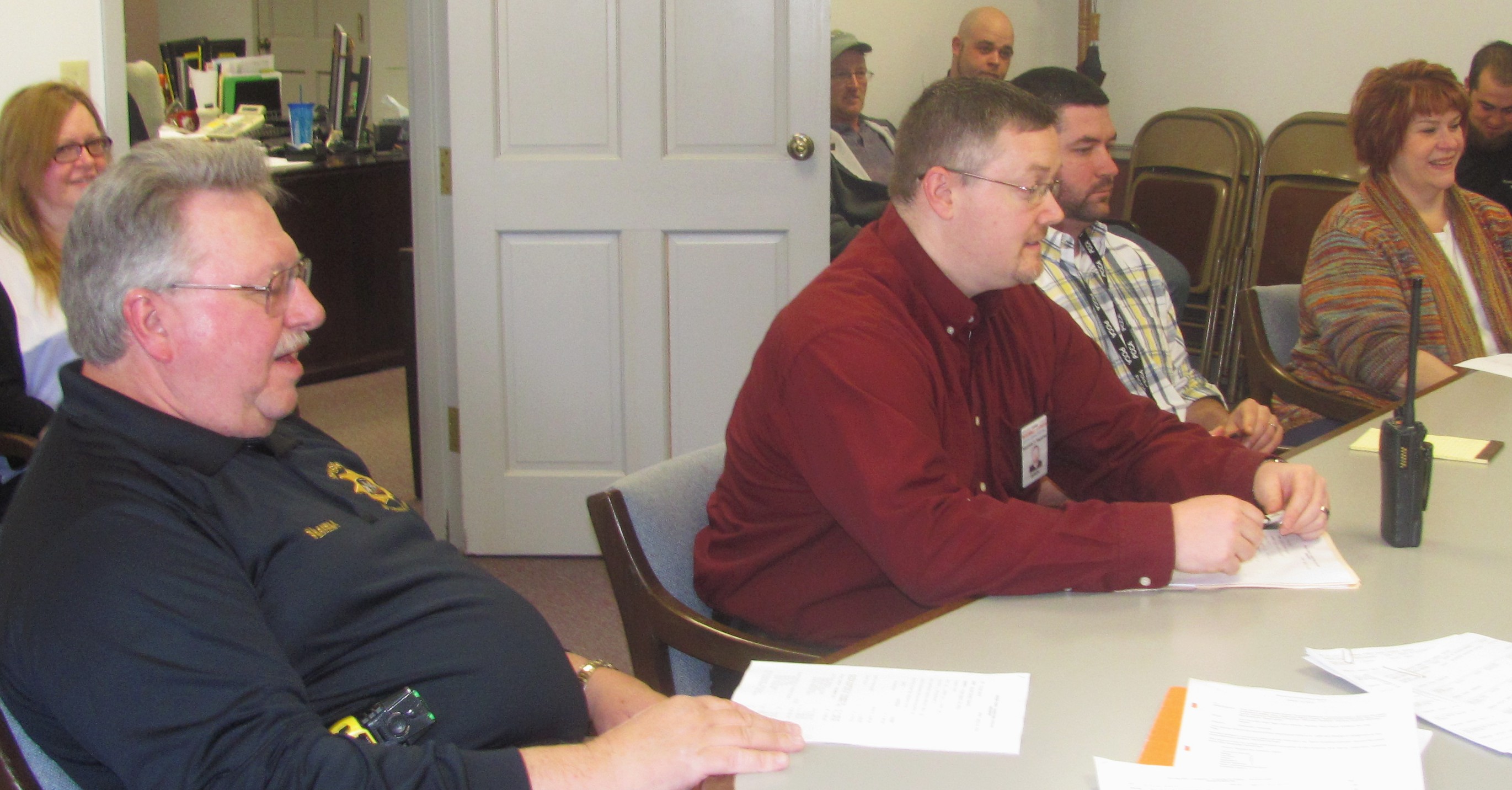 There are currently 76 inmates incarcerated in Tunkhannock, and that’s putting a strain on the facility, Warden Ken Repsher told the Wyoming County Commissioners on April 8.

“We are already on emergency bedding, and sentencing day is tomorrow,” said Repsher, noting that there was one new commitment to the prison every day between March 25 and April 5.

The commissioners expressed hope that pending releases would balance any additional prisoners added to the system on April 9. In February, releases outnumbered intake by four.

There were no Wyoming County inmates in other facilities, and in an email sent to EML on Wednesday afternoon, Repsher stated, “We are going to be able to get by without boarding any inmates out.”

On the other hand, Repsher reported that the new lighting project at the prison had been completed. Similar work was done throughout the courthouse as part of the Commonwealth Energy Project to increase efficiency and cut down on costs.

Repsher and Commissioner Tom Henry recently met with representatives from the Prison Inmate Medical Cost Containment Program, which is contracted by the County Commissioners Association of Pennsylvania to help correctional facilities effectively manage the medical needs of prisoner, including costly prescription drugs.

“They are going to visit our prison and give us some numbers,” Henry remarked. “They have some great ideas.”

Religious organizations, followed closely by drug and alcohol counselors were the most frequent visitors to the prison last month. There were also 15 attorney/client visits and 13 visits associated with three prisoners who are pursuing GEDs.

County Sheriff Ned Sherman informed the commissioners that the new transport van was set to arrive on Monday, May 12. Repsher noted that the prison staff is preparing for an annual state inspection scheduled for Thursday, May 22.