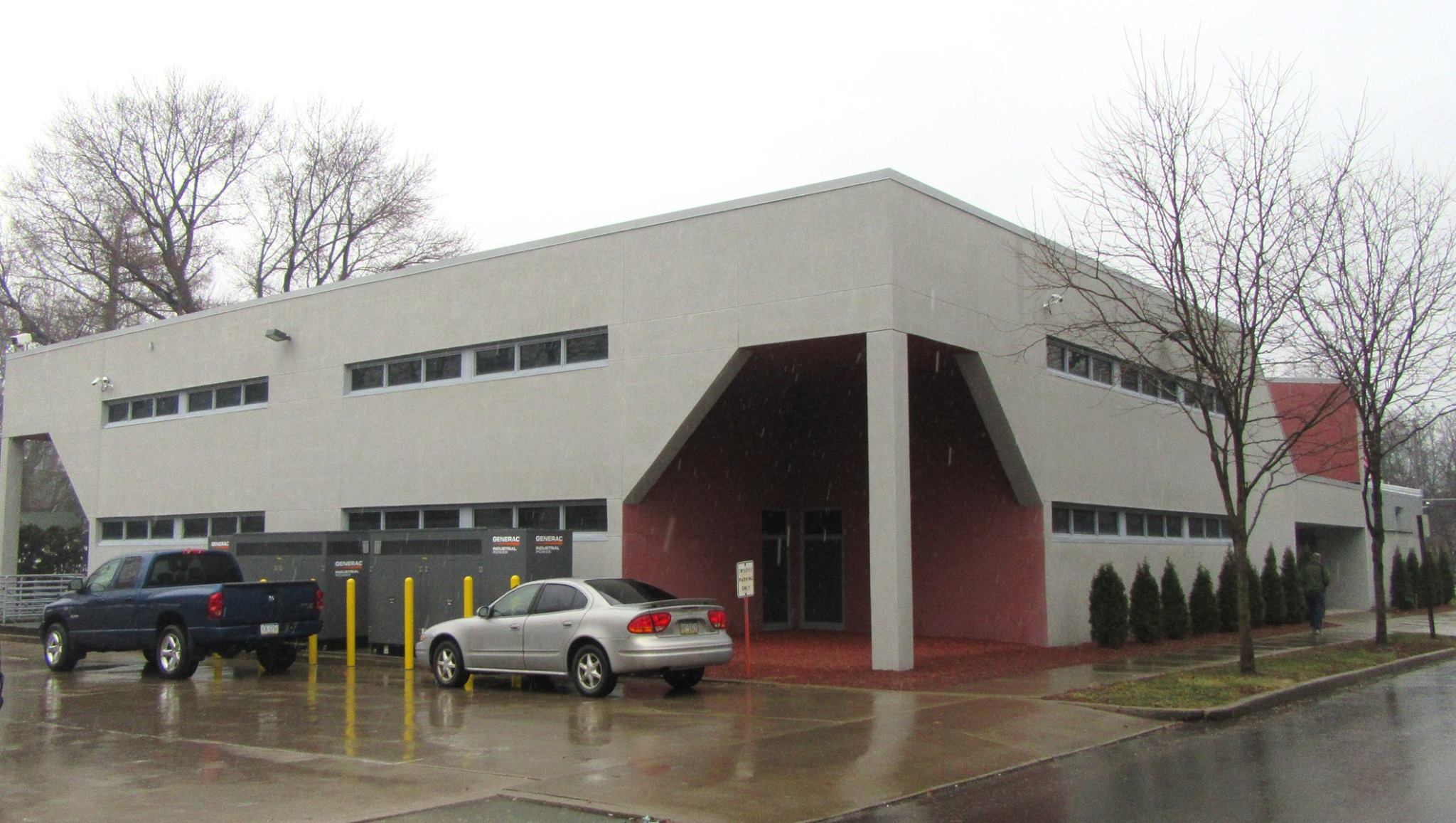 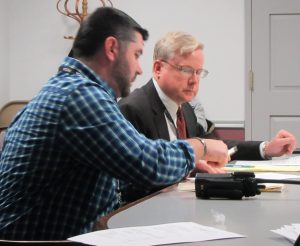 Deputy Warden Gordon Traveny (above, left) and President Judge Russell Shurtleff confer during the monthly meeting of the Wyoming County Prison Board on Feb. 7.

Deputy Warden Gordon Traveny was pleased to announce this morning that there are currently only 69 inmates in the Wyoming County Prison system – one less than the jail in Tunkhannock was built to accommodate – for the first time in more than a year. Warden Ken Repsher was under the weather and unable to attend.

Traveny credited the milestone to more efficient communication between the warden, the judge, and the probation department. There were 37 new commitments offset by 49 releases.

“All the cogs are starting to roll together instead of separately,” said Traveny in reference to a system that was mired in inefficiency over the last three years, allowing prison population to balloon to unsustainable numbers that cost the county more than $350,760 in 2016 alone.

“We also have more people in programs,” Traveny added.

The Inside Out program is an initiative started by SmartRecovery this past weekend. Prison officials have been working closely with Ryan Taylor of SmartRecovery, who began to conduct interviews of inmates about two weeks ago to determine who was eligible to attend the meetings.

According to information accessible at www.smartrecovery.org, the religion-neutral program works equally well for male and female prisoners in reducing recidivism rates among new commitments with a history of substance abuse.

“The rules are quite strict,” Traveny said of eligibility and participation in SmartRecovery.

The long-awaited supervised bail program is also underway, with the Probation Department taking cues from the prison and public defender as to who at the prison might be eligible for what.

Nonetheless, there are still eight inmates housed outside the county. Bringing them all back together under one roof cannot happen instantly, Traveny explained. Five people sent to state prisons this morning will create a little wiggle room, but the eight inmates currently housed in Wayne County will likely be moved to Susquehanna County where they will at least be more accessible to probation officers, legal counsel, and family members.

“For security reasons, we can’t just bring the people back in,” Traveny related. “The goal is to not have anyone out.”

“Remember…there are constantly arrests being made,” President Judge Russell Shurtleff remarked. “And we have to have beds available for them until they post bail.”

Volunteers representing a number of service organizations chalked up 99 hours of visitation to the prison in December under the headings of AA, A Better Today (drug & alcohol counseling), and Mental Health. SmartRecovery will add to that overall figure.

In light of these recent changes, Commissioner Tom Henry stated, “I’m optimistic about the future.”

“That enthusiasm is great to have,” Commissioner Judy Mead concurred.

Matthew Landseidel (below) was on hand after being promoted last month to Lt. Training Corrections Officer – a training specialist who helps to keep the prison and its employees compliant with state regulations. He will be attending the Department of Correction Academy in Elizabethtown in April to complete his certification as an instructor trainer. 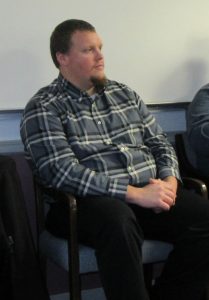 Henry praised Landseidel for working his way up through the system and becoming a great asset to the facility and its staff. 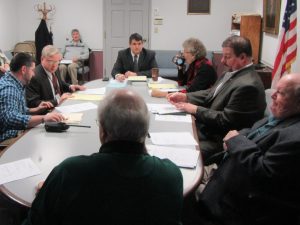