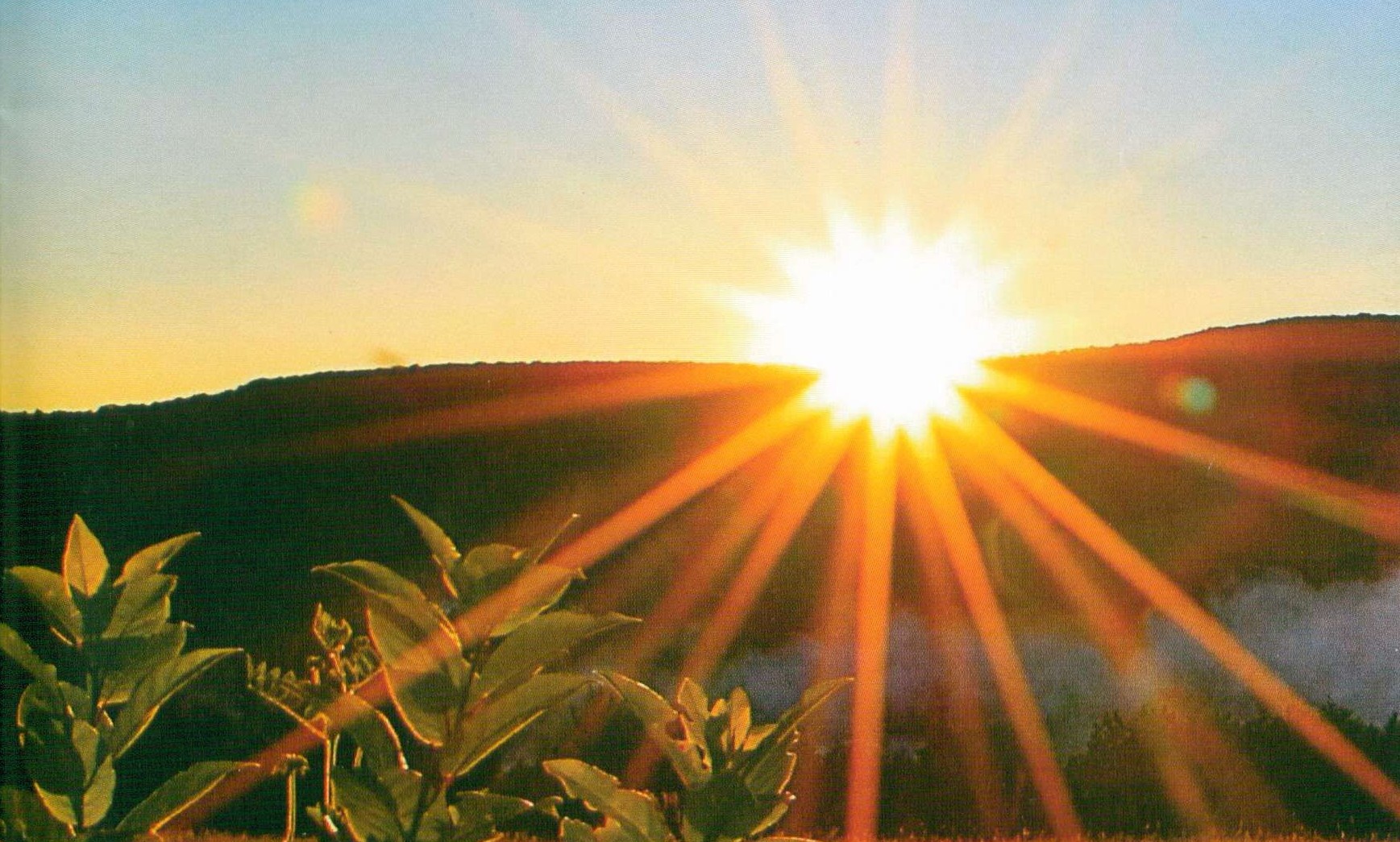 A photo of a sunrise in Susquehanna County taken by Bill Maile Jr. (top) was one of last year’s photo contest conducted by the Endless Mountains Visitors Bureau and adorns the front of the tourism agency’s new brochure. Additional photos in the publication include an award-winning photo by Brandi Stull (above) showing the rising sun bursting through the morning fog and concrete arches of the Tunkhannock Viaduct at Nicholson. A history of the bridge can be found in the 2015 Guide to the Endless Mountains of Northeastern Pennsylvania, which is currently being distributed by EMVB and its members and partnering agencies.

An award-winning photo of the sun rising over a hay field in Susquehanna County depicts a new dawning for the EMVB as its staff and board focus on the beauty and resources of the three-county region including Sullivan, Susquehanna and Wyoming counties.

“The relaxing, simple feeling it portrays carries throughout the book,” EMVB Public Relations and Marketing Coordinator Shelley McAndrew said of the photo taken by Bill Maile Jr. Additional photos by last year’s contest winners, as well as sketches rendered by Michael Cassidy of publisher Cre8tive Logic, can be found throughout the brochure.

At 44 pages, the new Guide is the same size as in previous years, and 160,000 copies of the brochures will be distributed. According to EMVB Executive Director Jean Ruhf, the 2015 Guide will be stocked at PA welcome centers and highway rest areas, at area businesses in the three-county area, and at businesses in adjacent counties and along New York’s southern tier. They will be distributed at all consumer and travel shows in which EMVB is slated to participate in 2015.

All EMVB members automatically receive brochures, Ruhf added, as do advertising leads throughout the state and country received from the bureau’s advertising and marketing efforts. Ruhf added that anybody can request a supply of the booklets for their meetings, information tables, and counter tops.

This year’s guide highlights two significant historical events planned for 2015. The Tunkhannock Creek Viaduct and Martin’s Creek Viaduct are both celebrating their 100th anniversaries. A history of the the Tunkhannock Viaduct, also known as the Nicholson Bridge – largest reinforced concrete bridge in the world – can be found on page 17 of the new Guide.

A revised map of the Endless Mountains region served by EMVB spreads across pages 22 and 23, and rules for the 2015 “Postcard Perfect” photo contest can be found on page 5.

The free Guide to the Endless Mountains is available at the Endless Mountains Visitors Center on Route 6 just west of Tunkhannock. The EMVB’s Calendar of Events, a companion piece to the annual guide, will be published in March. For more information, readers may call the visitors center at 570-836-5431 or 800-769-8999 and online at www.endlessmountains.org. 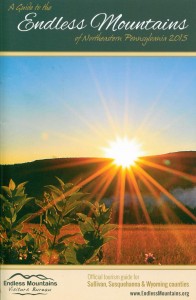