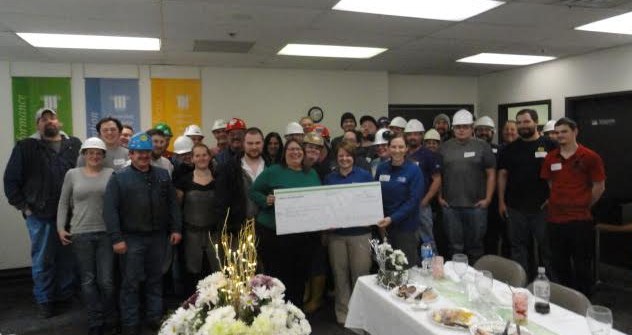 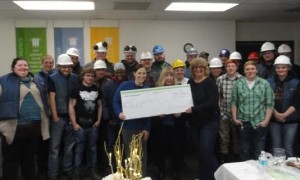 United Way of Bradford County recently thanked generous Cargill employees who help the agency provide funding for services vital to improving the quality of life for residents in need. The amount of donations given by 956 Cargill employees was an unprecedented $159,073, in addition to more than $30,000 in corporate gifts for the local United Way.

UWBC Executive Director, Kerri Strauss extended her gratitude to the Cargill employees, who, she noted, “impact thousands of people in our County with their generosity.”

Figuratively, the 956 employees represent 6% of the population of Bradford County, yet provide for 33% of the funds for UWBC’s community giving initiatives.

“They are a role model for others to follow when it comes to making a commitment and strengthening our community. We offer our heartfelt thanks to Cargill employees, who have a long standing reputation of being so generous,” Strauss added.

At UWBC’s recent Victory Celebration on Feb. 4, it was announced that the organization surpassed the 2016 campaign goal of $475,000 and that Cargill was a large part of that success.

Cargill received two special Campaign Awards at the Victory Celebration, earning plaques for “Top Company Employee Campaign,” making up a third of the total campaign contributions; and “Largest Percent Increase in Leadership Donors,” with an increase from 76 leadership donors last year to 114 this year.

More information about UWBC can be found online at www.unitedwaybradfordcounty.org. 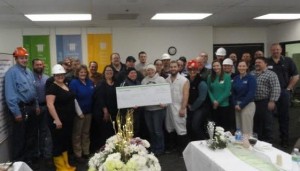