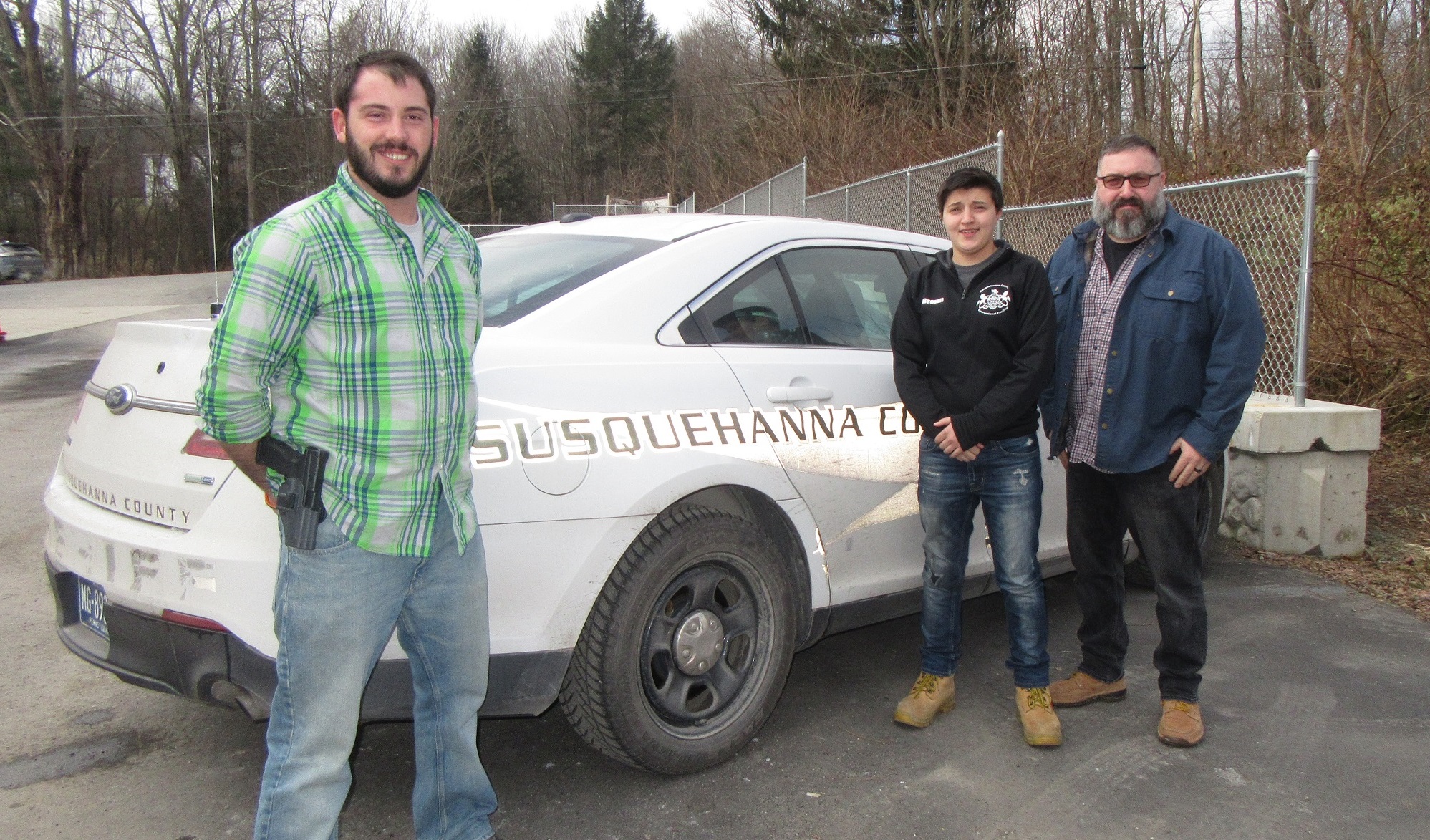 The 40-hour course included classroom instruction, onsite visits to venues and facilities in the area, and scenario-based situations. On Dec. 11, for example, participants were introduced to representatives of the Veterans Administration (VA) and from NAMI (National Alliance on Mental Illness) and later visited Keystone Community Resources, home of Keystone Konfections in Tunkhannock. The next day, they practiced filling out job applications and other routine tasks while wearing ear buds that simulated “voices in their heads.”

Sheriff Lance Benedict and chief deputy Jon Record had already been through the course, as have four other deputies. Record is a certified CIT officer. A large part of the discussions, he explained, center on mental illness. Goals include increasing the safety of the officers and the community, diverting people having a mental health crisis away from the criminal justice system and toward treatment, establishing a relationship of trust between law enforcement and the community, and reducing the stigma of mental illness.

“If we have an illness we talk about it,” said Benedict, referencing heart disease and cancer. “If somebody has mental illness, we never talk about it.” The CIT course, he and Record agree, is a game changer.

“We got a different perspective of what it is like to be somebody with a mental health issue. I definitely find myself asking different questions that I never thought I’d be asking,” Record offered in reference to tense situations. “They’ve given us the skills to help to pin down what might be going on their lives and calm them down.”

“It’s opening up doors that we never saw before and helping us to be more proactive,” Benedict concurred.

Prior to the development of CITs, Benedict explained, officers primarily perceived and reacted to the potential danger of a situation. Sometimes people ended up being shot, committing suicide, or being hauled off to jail. “Now, we are training officers to be better prepared for what we might encounter and try to avoid taking a life.”

“We’re looking for signs and symptoms that we might not have recognized before,” Granick said on his second day in the course.

Brown was putting the day’s lessons into the unique perspective of a security guard at the county correctional facility. “If someone acts out, I want to know why they are acting out,” she stated. “It will help us understand when their behavior is changing.” Brown has worked at the correctional facility for a bit more than a year, while Karakesh, is a sergeant and has been there for more than 11 years.

People with mental illness are often reluctant to talk, Granick noted. One helpful tool that was provided to class participants was a connection to VA data on veterans with mental illnesses. “If we encounter anyone on the streets who is in the system, they (VA) have a better idea of what is happening and can relay those messages to us,” he explained.

Benedict and Record related that they have been called to situations since completing the CIT course in which the training proved valuable.

“Thanks to sheriff, we’ve been able to go out and get some of these people the help they need,” said Record. “You definitely need the help of the sheriff to do that.”

Benedict related that the officers who have been through the course have told him that they are thankful for the training and feel that they are now better equipped to serve the community.