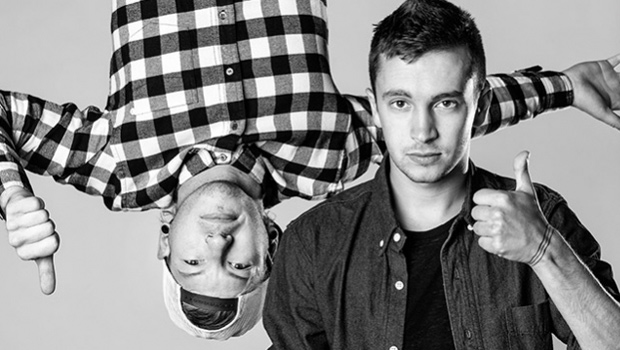 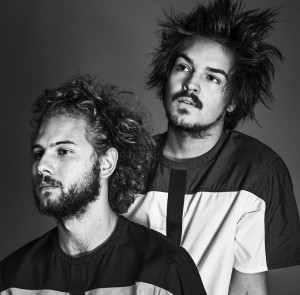 While groups like Milky Chance (above) and Modest Mouse may have held the top spot on the Alternative Rock charts for more weeks with individual tracks, no alternative or rock act had as many successful entries in 2015 than Twenty One Pilots (top).

If there was any particular trend that I could ascertain in the world of alternative and hard rock this year, it was that alternative music was fun and more dance-oriented than the past few years when the folk influence was much stronger. Rock simply continues to rock.

Twenty One Pilots may have been formed in 2009, but 2015 was their year to take over the charts with no less than seven entries – half of their “Blurry Face” album. They demonstrated an ability to go in many directions at once with their music, including some of the best white hip-hop that I’ve heard to date.

Having been a fan of Mumford & Sons’ previous two or three albums, I felt that “Wilder Mind” was somewhat depressing. Tracks like “Believe” that were rushed to #1 quickly faded. It was refreshing, however, to have new stuff by rock and alternative veterans Beck, The Foo Fighters, and Kid Rock in the mix this year. I wish that I could play more alternative music in the Endless Mountains, but the fans are too few and far between. It’s still my favorite genre. This chart could have been much longer.

Numerous alternative hits – most notably Walk The Moon’s “Shut Up & Dance” and X Ambassadors “Renegades” – crossed over to the top of the pop charts this year. In the interest of giving the nod to more of the songs that better summed up the essence and direction of the alternative rock scene in 2015, those that are already listed on my Top Pop & Dance Hits of 2015 (http://www.endlessmtnlifestyles.com/?p=4891) are omitted here.