Storm Takes Down Trees and Wires, Snarles Traffic in Meshoppen

In: Meshoppen
With: 2 Comments 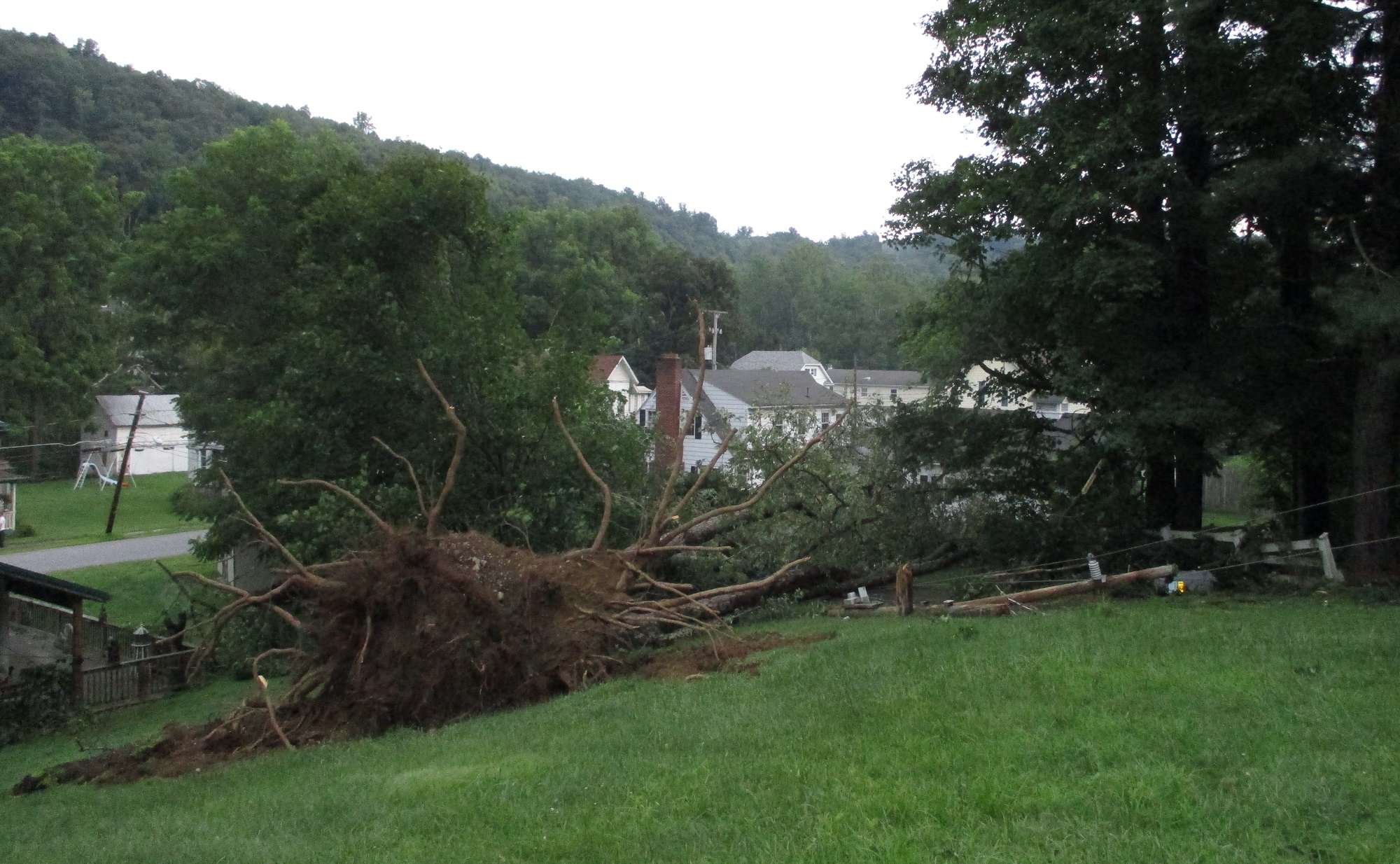 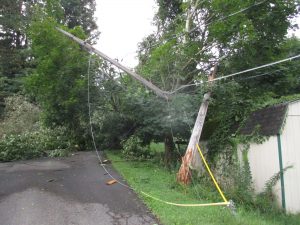 A single cell thunderstorm took aim on Meshoppen just before 3 pm Tuesday afternoon, tearing a large maple tree out of the ground and sending it into utility lines between Route 6 and Allen Street. The weight snapped a pole, pulling the line taught down the hillside and against the top of a westbound tractor trailer on the highway above. The driver reportedly called 911 because the wires were draped down alongside his door. There was also a tree across the east end of Allen Street.

Initial reports issued on Facebook by the Meshoppen Volunteer Fire Department suggested that Route 6 might be close for as long as seven hours and cautioned motorists to avoid the area. By 4:30, the tree on Allen Street has been cut up and moved to the sides to allow westbound traffic to be diverted down Allen Street, while eastbound Route 6 traffic resumed in a single lane.

In addition to firefighters, Meshoppen Police responded to the scene, as did representatives of PennDOT and Penelec, whose downed wires robbed nearby homes and businesses of electricity. Miraculously, no structures were badly damaged by the storm, and a Penelec worker promised the resident of one of two properties where the trees and lines fell that power should be restored by nightfall.

Additional thunderstorms are a possibility throughout the region through Wednesday. 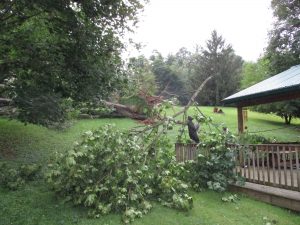 2019-07-30
Previous Post: New Titles Added to the Bradford County Library Collection
Next Post: Berries Are ‘Ripe for the Picking’ at Hilltop Farm