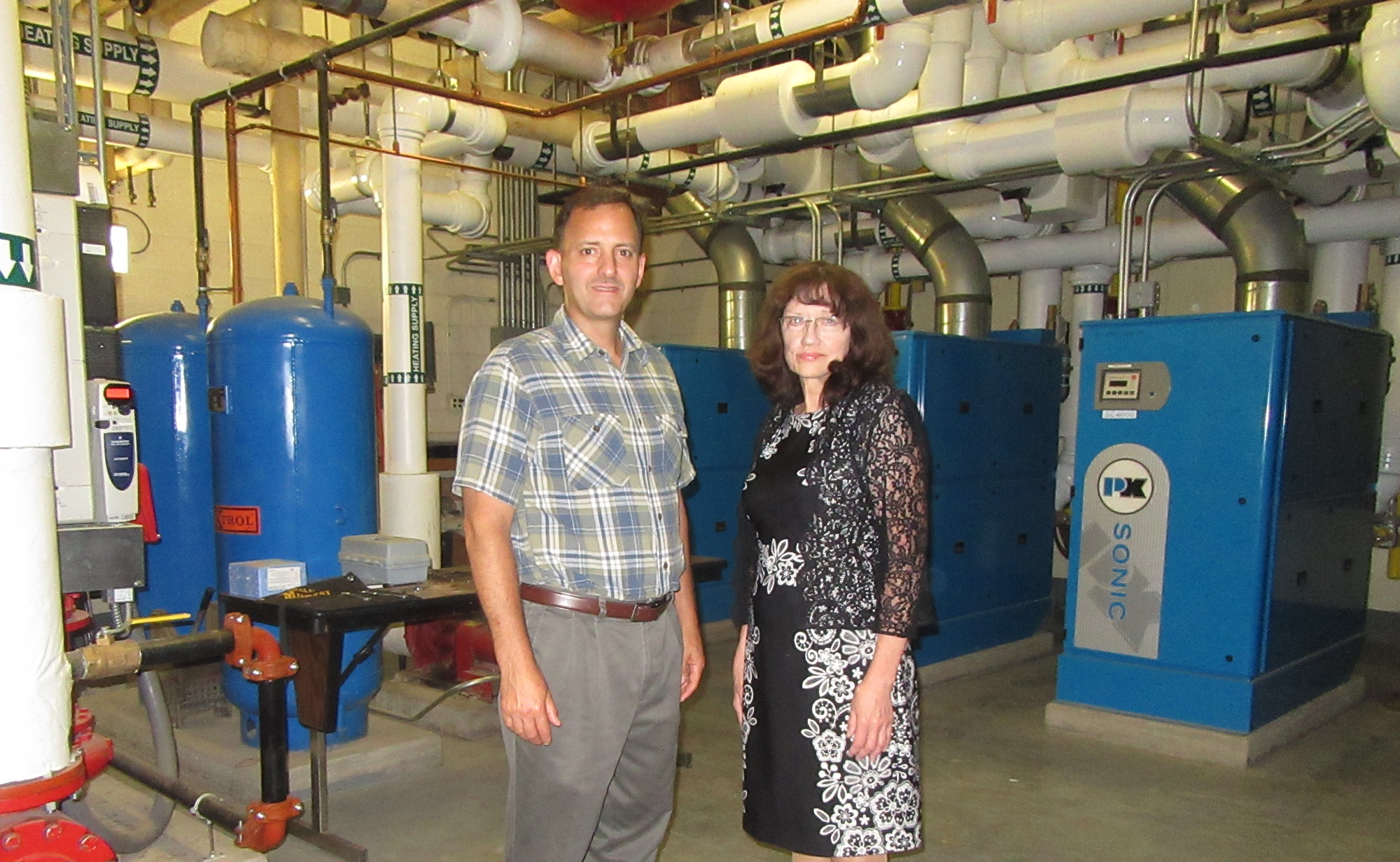 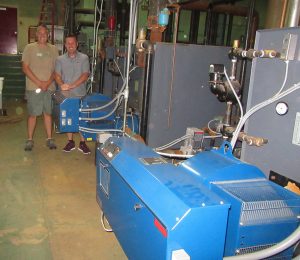 Though the Montrose and Elk Lake School districts in Susquehanna County took different approaches to their respective conversions to the use of natural gas, both districts realized substantial savings in just two years. Now four years into the transition, school administrators can only wish that they could have made the move sooner.

“Our return on investment was ridiculously quick,” Montrose SD facilities director Chris Tripp offered. Just two years after starting the conversion process, he noted, “We had already saved money that had been put back into the system.”

“The new equipment is reliable and predictable,” said Elk Lake SD energy manager Kim Guiton. Both districts also switched over their thermostats from pneumatic to digital controls. “The combination of that and natural gas use vastly reduced maintenance, operational and utility costs.”

Leatherstocking Gas Company VP of energy supply and business development Russ Miller related that the company was invited into the Montrose area by the county commissioners in 2012 and began seeking anchor customers for conversion. Montrose SD’s main campus and Endless Mountain Health Systems made the most sense due to their proximity to each other.

“It was economical for us to build it and for us to receive our required rate of return,” Miller recalled. “And we knew that they would both save money.”

Elk Lake was unique in that the school’s numbers had to justify the build out as a standalone facility. “They more than did that,” said Miller. Leatherstocking connected to the downstream side of a Williams compressor station, with the gas coming directly from the field. “We avoided interstate charges by being able to do that.”

In both cases, the new heating and hot water systems replaced elements that had been installed in the 1950s and ’60s. Even with four boilers in the high school and three in the elementary school, Elk Lake superintendent Ken Cuomo remembers that temperatures were so uneven that faculty members who moved about the campus during the day learned to dress in layers.

The conversions in both districts were completed in stages that are wrapping up this year. The new units were consolidated to reduce the HVAC footprint of the respective campuses and address additional concerns. In Montrose, for example, a specific air exchange rate needed to be maintained. At Elk Lake, the new system installed at one end of the campus had to heat the buildings farthest away at the same rate.

“One way around that is keeping the pressure high, especially on colder nights,” Cuomo explained.

Guiton admits that maintaining the pressure at night was challenging at first, but she and Elk Lake maintenance supervisor Kevin Jones can monitor the system from their homes and make adjustments as needed.

“When you have digital controls, you can watch a trouble occurring. I can’t tell you how many problems that has saved us,” Guiton related. “Now, it takes a lot more reasons for something to fail. And, if there is a pump failure, we can see that the other one came on.”

The conversion to natural gas at Montrose was one of the final steps in a “better practices” initiative on which the administration and teachers had already embarked. In addition to having installed the digital thermostats, the district was scheduling visits by HVAC technicians. Work at the high school was completed in 2013, resulting in $95,896 in savings over the previous year. With the initial work at the Lathrop school finished in 2015, the annual savings jumped to $134,308.

“The reduction in fuel costs and the associated HVAC upgrades are responsible for 70 percent of our savings,” Guiton maintains. Commercial natural gas service had already been established by Leatherstocking in Montrose, but Elk Lake began installing new equipment in advance of the construction of a new line to the campus by Leatherstocking. The school used propane temporarily until the full conversion could be completed.

Elk Lake also entered an energy performance contract (EPC) with Johnson Controls, which guaranteed them energy savings through Act 39, a “budget neutral” tool that has been used by both Bradford and Wyoming counties to maximize energy efficiency in government buildings. Expenses are then funded by the energy savings.

“We’re so far ahead with this system,” said Cuomo. The savings are a result not only of the reduction in fuel costs, he adds, “There are less man hours involved.”

Montrose did not enter a performance contract, but Tripp found the new system powered by natural gas to be 90 percent efficient, compared with the 83 percent efficiency of the old fuel oil system. Cheaper fuel simply compounds the savings.

Guiton is happy with the relationship that Elk Lake enjoys with Leatherstocking, Williams, and Cabot Oil & Gas, the company supplying the natural gas. She is also proud of the fact that the district has drastically reduced its carbon footprint, which she can track with software. Guiton estimates, as of the end of the 2017 school year, there was a reduction in emissions of 1,480 tons of CO2, roughly the equivalent of 2,646 passenger vehicles.

Representatives at both districts related that administrators and the public were on board with the conversions from the start. “I don’t remember having to sell the idea,” Tripp stated. “The cost saving was very attractive.”

“From a truly financial perspective, I can’t see why anyone would not make this move,” said Cuomo who, like Tripp, also uses natural gas at home. “We would be in a lot worse financial position if it weren’t for the natural gas industry. We’d be spending our money on oil and not on the kids.”