In: Nicholson
With: 3 Comments 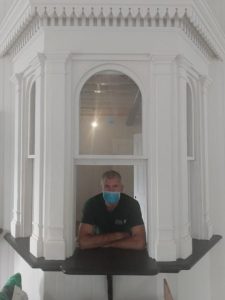 Nicholson Heritage Association members (top, from left) Marion Sweet and Joan Jenkins recently accommodated a visit from EMHR executive director Cain Chamberlin, Wyoming County commissioner Ernie King and his wife, Marie, to check the progress of renovations. Constructed in 1849, the building will become a museum to house historic artifacts that have been in storage for many years. Above, EMHR communications coordinator Rick Hiduk peers out from the restored ticket window of the Nicholson Train Station.

Representatives of the Endless Mountains Heritage Region (EMHR), Wyoming County commissioner Ernie King and his wife, Marie, were treated to a private tour of the Nicholson Train Station recently to see the incredible renovations underway as the 1849 structure becomes a new museum. Members of the Nicholson Heritage Association (NHA) have applied a number of grants and donations from the community to the project since purchasing the building in 2012.

The EMHR has been a consistent supporter of the endeavor, helping to leverage DCNR funding through the EMHR’s partnership and mini-grants programs. “The Nicholson train station is poised to be a popular destination as a museum and an additional gem to the borough’s already rich historical landscape,” said EMHR executive director Cain Chamberlin. “The Nicholson Heritage Association is to be commended for its perseverance and overcoming obstacles to get the project to this exciting stage.”

The most obvious enhancement to passersby are the bright colors that now adorn the exterior, one of many elements that adhere to historical accuracy. Other changes and amenities will make the museum fully accessible, ADA-compliant, and safer while not affecting the aesthetics of the building, which remain largely intact. 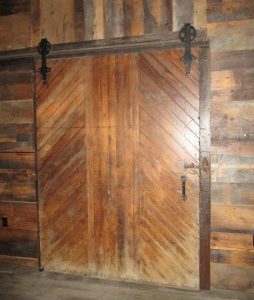 According to NHA president Marion Sweet, the majority of the work has been done in the last year by John Perry and Perry’s General Contracting of Dunmore. This includes taking up all of the floor boards and sanding years of grime and settled dust away before meticulously putting them back into place. The walls and massive sliding doors were also sanded many times to make them look brand new. Hardware and architectural elements throughout, such as massive hinges and wooden molding, have been preserved, restored or recast.

Sweet has endless tales to share of the first railroad station on the famous DL&W line. Its construction, for example, spurred a shift of the local populace and businesses from a village to the southwest called Bacontown. “They knew that this is where things were going to happen,” said Sweet. “They even moved their post office.”

Much of the information comes from two books about Nicholson written by the Rev. Garford Williams, whose great grandfather, Flavel Williams, was at the station in 1849 to see the first train arrive. Specific train whistles signified the arrival of certain trains, Sweet explained, referencing details handed down by Williams. “People would come to the station just to see who was getting on and off,” she remarked.

In its heyday, a couple whose names have yet to surface in history books had two rooms at the southeast end of the building (below) in which they slept and made meals for as many as 100 men who slept in an open dormitory on the second floor. 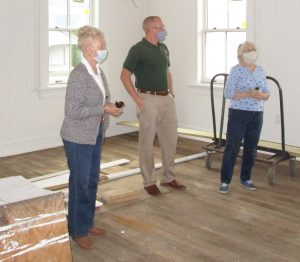 Those interior walls were removed to make way for exhibit space and unobstructed views of the Tunkhannock Viaduct through newly installed, energy-efficient windows. The most striking feature in the expanded room is the restored ticket booth, at which residents of a bygone era paid their fares as passengers or for freight they were shipping to points north and south of Nicholson.

Freight, which was weighed as it moved in and out of the massive central room (below), varied from stone, coal, and other commodities to livestock and coffins with the recently deceased inside that were being shipped to distant cemeteries for interment. Sweet wishes that Garford could have survived long enough to see the building’s revival. She is anxious for the return of the massive scales that were temporarily removed for restoration by Perry’s. 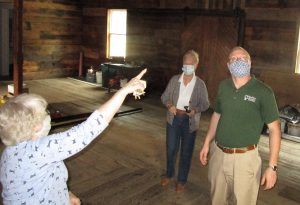 Nearly $1.2-million has been invested in the renovation of the train station, including a PennDOT Transportation Alternatives Program grant. During the course of four or five years that the project stalled, however, costs associated with the work escalated. Additionally, removal of the floorboards revealed a badly deteriorated foundation, which has been fixed. To see a more extensive list of donors and more photos, interested readers can log on to www.nicholsonheritage.org/station/.

Though a large amount of work has been done in just the past eight months, NHA members are unsure yet of the timeline for getting the museum open to the public. Additional funds are needed for completion of the project, Sweet noted.

Chamberlin commented that photos he had seen prior to his visit didn’t do justice to what he and the other guests were able to see first-hand. “What the Nicholson Heritage Association has done here is nothing short of amazing,” he stated. “The EMHR is proud to partner with the dedicated citizens of Nicholson to help ensure that the future museum becomes an integral part of the community that showcases the town’s rich heritage.” 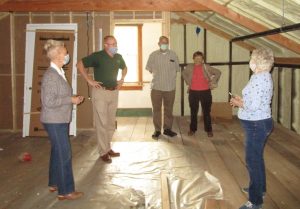 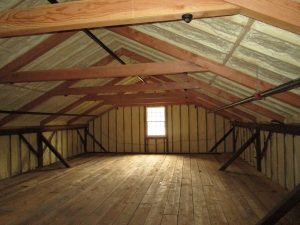 The second floor of the old train station will initially be used for storage of Nicholson artifacts that are currently spread out around town. The room once served as a dormitory for railroad and other workers.