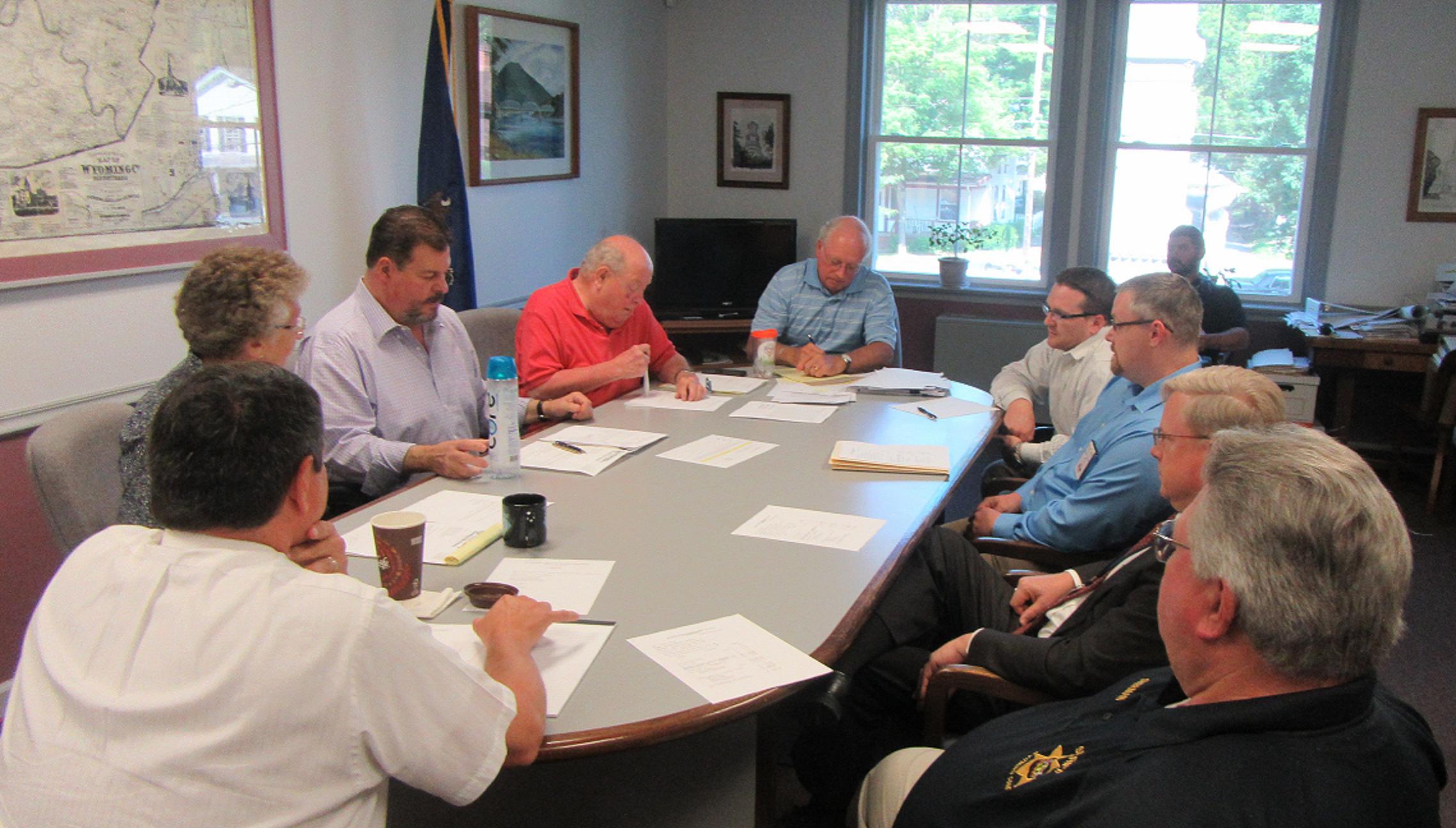 The June 13 meeting of the Wyoming County Prison Board was barely underway when media members and others in the commissioners’ board room were asked to step out while a longer-than-usual executive session was convened.

Action taken prior to the closed-door session confirmed that Repsher had the authority to terminate officers on a probationary period without having to bring the prison board together. Commissioner Ron Williams and Chief Clerk Bill Gaylord agreed that Repsher’s contract already granted him that right, but County Solicitor Paul Litwin felt it was best to review the rule in light of a recent incident that was apparently discussed during the executive session.

In the meantime, overcrowding at the prison continues to be an issue. New commitments were ahead of releases in April by two, and the number of individuals in the system currently stands at 55 males and 18 females.

“It’s no longer a hump,” Repsher said of the overcrowding. “It’s been two years now. It’s now the norm.”

Nonetheless, there are currently only nine inmates boarded in Susquehanna and Wayne counties as compared to 44 at numerous facilities this time last year.

In the first four months of the year, the county has spent more than $56,000 to house prisoners in other counties. In 2016, the county was spending an average of $75,000 per month on outsourcing.

Repsher commended the juvenile probation office for coming to the rescue recently when a female prisoner had to be transported out of the county at the last minute due to the overcrowding. He said that all the judicial staff has had to work together to mitigate the effects of overcrowding.

Judge Russell Shurtleff reported that the Institutional Parole Program (aka – supervised bail) is working well. He cited a recent example of a woman who violated her probation conditions by testing positive for an unspecified substance.

“We put her right into in-patient treatment,” Shurtleff explained. Previously, the woman would have been incarcerated prior to a bail hearing. “We avoided the correctional facility totally. It’s working well. She’s sober.”

In other prison news, George Mercer, who lives near the facility in Tunkhannock, asked what was being done to correct a noise issue that he had been told would be fixed with the installation of a sound barrier at a cost of $14,000. Mercer said that HVAC system at the prison is so loud that being in his own backyard has become an unpleasant experience.

The commissioners were under the impression that the work had been done, but Repsher reported that only the first phase of the project had been completed and an acoustic wrap has yet to be applied. Repsher indicated that he has not had good luck with the company that was hired to do the job.