Prison Board Hopes For Better Year 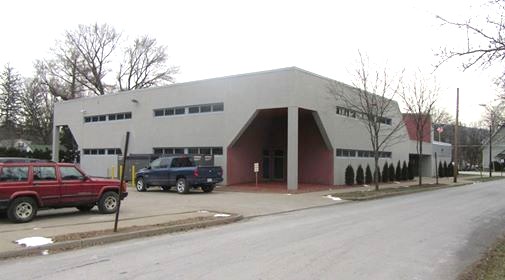 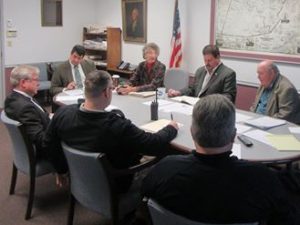 After a year wrought by costly overcrowding and opiate addictions, Wyoming County Prison Board expressed on Jan. 10 their hopes that the worst is behind them and that new programs and staff members will set the tone for a better year.

“I’ve never seen that in 24 years,” Repsher said of the 2016 inmate population. With December’s figures not yet added to the total, the cost for outsourcing of prisoners for whom the county did not have enough room at its Tunkhannock facility stood at $318,490. The most costly months were August and September, both eclipsing $50,000. The overage, which does not include the cost of prescriptions and other medical needs, was covered with Act 13 funds to take the burden off taxpayers.

Despite the hiring of a new probation officer to increase the number of inmates on supervised bail or parole, 16 prisoners continue to be housed at facilities in Lackawanna, Wayne and Susquehanna counties.

Commissioner Tom Henry questioned why the outsource number remained so high and was told by Repsher that eight of the inmates in questions were females, for whom there are only 12 beds. As little as six years ago, he noted, it was uncommon for more than four women to be incarcerated at the same time.

The standing total is 51 men and 20 women. Two prisoners are currently on work release.

A SMART Recovery program for inmates with addiction issues will be started in February. According to information accessible at www.smartrecovery.org, the religion-neutral program works equally well for male and female prisoners in reducing recidivism rates among new commitments with a history of substance abuse.

“Hopefully, by adding these and other tools to our arsenal, we will have a better year,” said Shurtleff.

In other prison news, CO Matthew Landseidel was promoted based on his record as a training specialist who helps to keep the prison and its employees compliant with state regulations.

Henry also reported negotiations with Dr. Edward Zaloga to assist with medications in the light of the pharmacy with which the county used to work closing its Wyoming County office. Zaloga is cited online as an internal medicine specialist from Lackawanna County.

“He can possibly save us some money and some responsibilities currently being handled by our employees,” Henry remarked.

Commissioner Ron Williams added that Zaloga plans to visit Tunkhannock in the near future to tour the jail.

To read about the Wyoming County Commissioners meeting that followed, click on http://www.endlessmtnlifestyles.com/?p=6549.