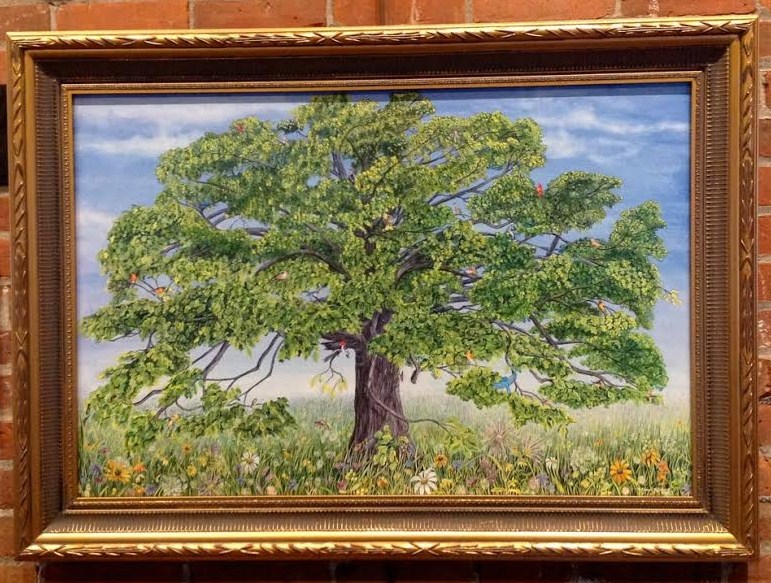 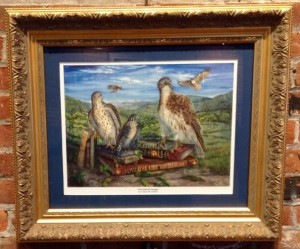 A new exhibit of limited-edition prints of paintings by Connie M. Sickler opened this week at the Weigh Station Café in Towanda. Sickler creates very large, highly detailed, watercolor paintings that are based around themes she chooses before she even begins painting. Included in the exhibit at the Weigh Station are prints of “Tree of Life” (top), “Tree of Hope,” “Gift of Music,” “Gift of Courage” (above), “Race for Freedom” (below) and many others. Each print also has a poem written by Sickler mounted near it.

She says the poems come to her as she is working on the paintings and she never actually sits down to try to write them. “I believe that art should have a personal meaning to the artist to be considered a worthy statement,” Sickler related. “Whether it is comical, sentimental, observational or a serious statement doesn’t matter. Art tells a story. It inspires the viewer to think; to become involved in not only the world of the artist, but to help them understand themselves better.”

Originally from the state of Washington, Connie moved with her family to the Troy area in Bradford County as a child where she still resides. She completed her BA in Studio Art at Mansfield University with a focus on drawing and painting in 1986 and then went on to get her MA in Art Education in 1988. She taught art in the Troy School District until 2001 when she decided to dedicate herself more fully to her own art work and to open Settlement House Fine Arts on Route 6 in Sylvania.

Settlement House was founded as an outlet to sell limited edition prints of her paintings and to promote other Pennsylvania artisans. Settlement House is also Connie’s studio and a teaching space where she instructs students in small groups and one-on-one. Pennsylvania recognizes Settlement House as an official stop on their Route 6 Artisan Trail. (Note: the store is closed during the month of January.) 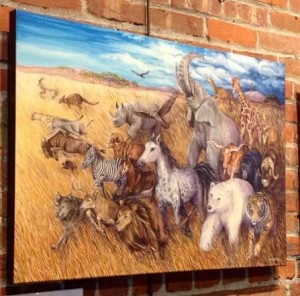