Ombudsman Recognized by Agency on Aging as Top Volunteer

In: News for Seniors
With: 0 Comments 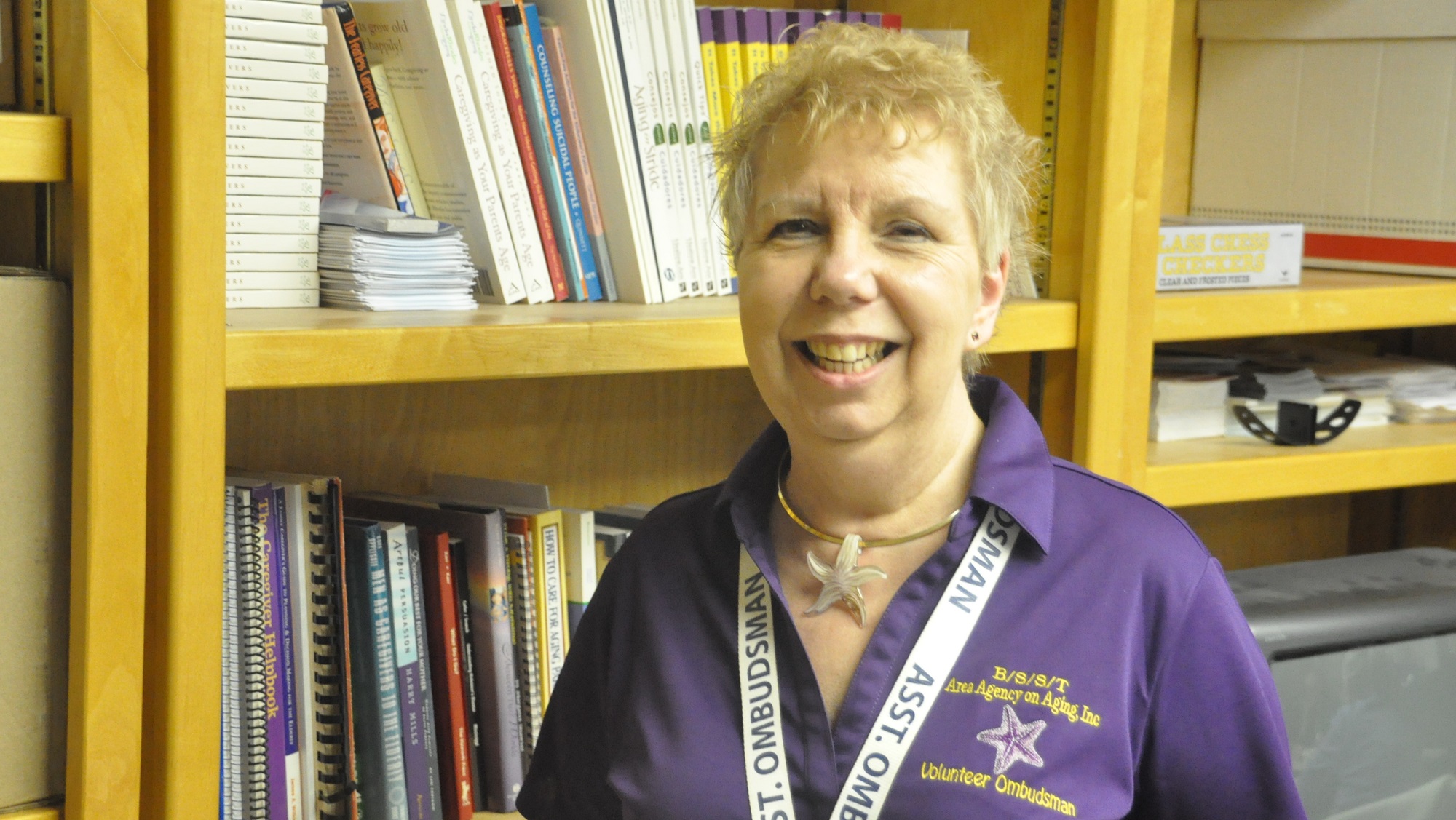 (As published in the Susquehanna County Independent and the Daily Review)

The Bradford Sullivan Susquehanna Tioga Area Agency of Aging (BSST) has a relatively small paid staff who, among many other duties, need to monitor 26 long-term care facilities in the four-county region. According to BSST ombudsman coordinator Carol Dieffenbach, that would be impossible without the help of a small army of volunteers.

Dieffenbach recently nominated Bradford County resident Ernestine Baxter for the Volunteer Spotlight, a feature of The Advocate, a newsletter of the Pennsylvania State Long-Term Ombudsman Program.

“She is very resident-centered and has a caring spirit,” Dieffenbach wrote of Baxter for article. “Ernestine is very thorough in her visitations. She reaches a broad base of residents by observing and speaking with them.”

Ombudsman is a Swedish word that means “citizen representative.” By modern definition, and ombudsmen is “an official appointed to investigate individuals’ complaints against maladministration, especially that of public authorities.”

The ombudsmen that Dieffenbach trains – and upon whom she relies – routinely visit nursing homes and similar facilities to help ensure that senior citizens are getting the care that they deserve and to advocate for their unique concerns.

“Having volunteers that know the residents because they see them on a weekly basis makes the program work,” Dieffenbach related.

Prior to her working with BSST, Baxter visited with mentally and physically challenged people through the SERVE program, getting them out of nursing homes or just their rooms for activities. “I felt there was a need because these people didn’t get a lot of visitors, and there were issues that needed to be addressed,” Baxter explained.

She began as a volunteer with the BSST in 2006, visiting one facility. She now covers three facilities per week in Bradford and Sullivan counties. Baxter makes note of overall living conditions and observes the relationship between clients and care providers, but most of her duties are less serious.

“It’s not always a big issue. A lot of times it’s just little things that they want taken care of,” she noted, “like if they missed getting their hair done.”

Though Dieffenbach feels blessed to currently have 15 volunteer ombudsmen, BSST has an ongoing need for new volunteers in every county. Potential candidates must be 18 years of age or older, enjoy visiting with people and helping to find answers to their questions and concerns, and have a few hours per week available to visit a facility.

To ensure the safety and dignity of the clients, there are a number of state-mandated requirements, including criminal background checks. Certification classes are conducted at various locations throughout the state as often as 10 times per year.

In the meantime, Dieffenbach works with candidates by taking them to facilities and role modeling what is expected of them. When she receives notice from the State Ombudsman Office and Department of Aging of an upcoming course, Dieffenbach alerts those who are ready and will cover the cost of mileage and a hotel stay if necessary. “We try to make it as easy as possible,” she stated.

“It’s very rewarding. The residents are a joy to be around,” Baxter said of her experience. “You get more out of it than what you give to it. People who don’t have a visitor on a regular visit are thrilled to see you. And you can maybe help somebody along the way.”

In addition to seeking volunteers, Dieffenbach wants the general public, including seniors and their loved ones, to be aware of ombudsman services, which are confidential and free. It is the right of all patients and residents in such facilities to seek the assistance of an ombudsman without incrimination or retaliation.

For more information, interested readers may call BSST at 800-982-4346 or inquire via email at www.bsstaaa.org.